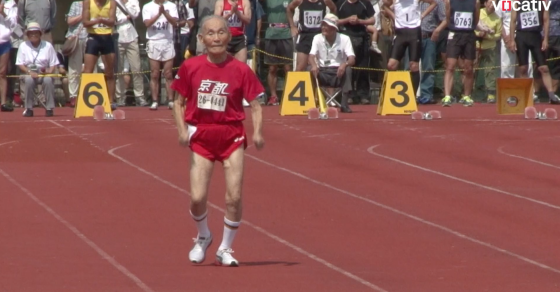 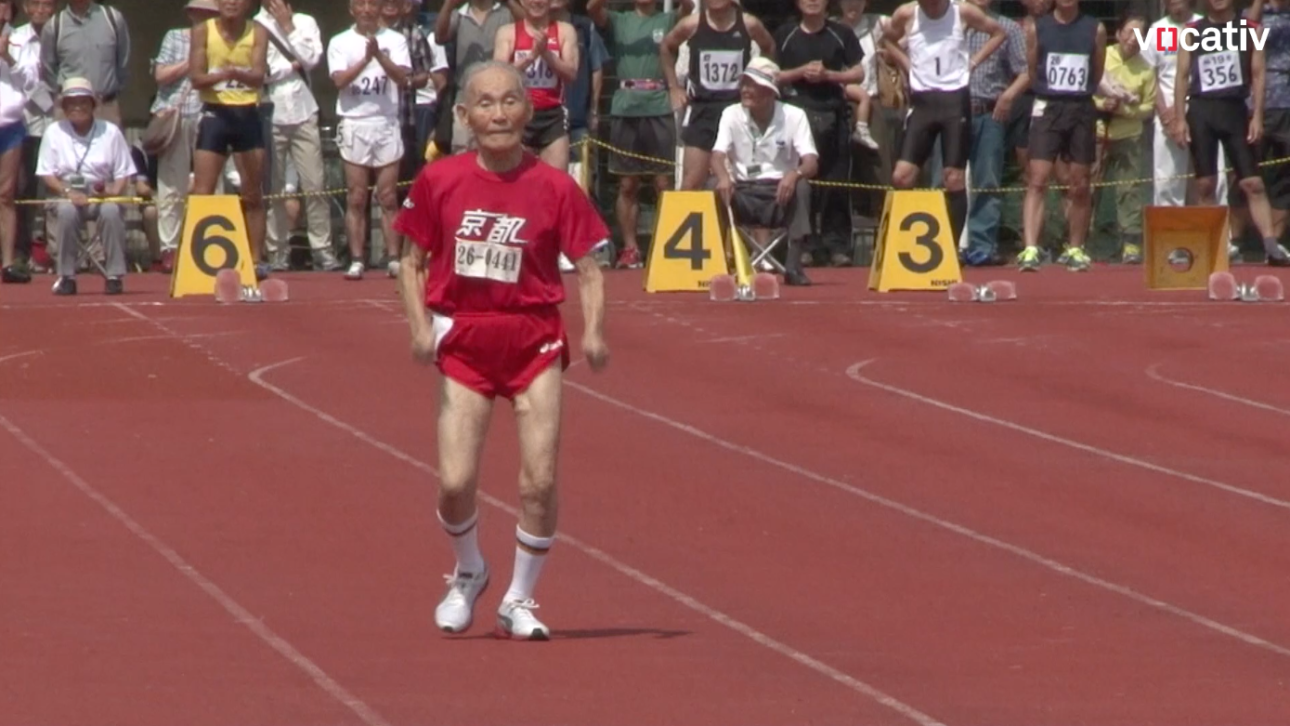 Hidekichi Miyazaki isn’t your normal record-breaking sprinter. He won’t blow you away with blazing speed or long strides. He will, however, impress you with his will to race. Miyazaki, at 105 years young, became the world’s oldest competitive sprinter during a recent event in Japan. Of all the hobbies to pick up at the age of 90, Miyazaki, nicknamed the Golden Bolt, decided to take up running and hasn’t stopped in the 15 years since. Physicians have no explanation for his racing longevity.

“My brain might not be the sharpest, but physically I’m tip-top. I’ve never had any health problems,” he told AFP. “The doctors are amazed by me.” Despite the record, Miyazaki was dismayed with his 100-meter dash time of 42.22 seconds.

“I started shedding tears during the race because I was going so slowly,” he said after the race. “Perhaps I’m getting old!” (Nonsense, Hidekichi!) One day, he hopes to race another record holder in world champion Usain Bolt. But showdown or not, the Golden Bolt plans to keep sprinting. “I can definitely keep on running for another two or three years.”