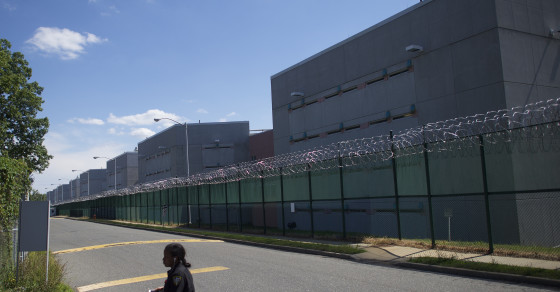 Prison Is A Great Place For The Pope To Proselytize

Pope Francis will be visiting the Curran-Fromhold Correctional Facility in Philadelphia on Sunday, and if he’s looking to convert some non-Catholics he’ll be in the right place—religious conversions in the inmate population happen more frequently than you might think.

U.S. prisons are described by the Pew Research Center as being a “bustle of religious activity” where inmates are constantly trying to convert other inmates to their faith-of-choice. There’s no clear, publicly available religious breakdown of the prison population the way there is for race, age or gender, but the PRC surveyed hundreds of prison chaplains from correctional facilities across the country on a variety of religious topics among inmates.

The survey found that 73 percent of those chaplains polled said that inmates trying to convert other inmates to a different religion is either very common or somewhat common. The most common switches happen in the Muslim and Protestant religions—the majority of the chaplains surveyed (51 percent) said that they felt the population of Muslim inmates was on the rise, 47 percent said the same about Protestants.

The survey also looked at which religions breed the most “extremists” and found Catholics near the bottom of the list. According to the PRC, 57 percent of the prison chaplains surveyed said that religious extremism is common amongst Muslim inmates, followed by Pagans with 39 percent and Protestants with 24 percent. Only 8 percent of the chaplains surveyed found Catholic extremism in prison to be common.

The PRC attempted to gauge the percentage of the inmate population that subscribe to a particular faith but warned that the “findings cannot be used to reliably estimate the religious affiliation of the U.S. prison population. They provide only an impressionistic portrait of the religious environment in which chaplains work.” Of those findings—as imperfect as they may be—the chaplains surveyed found that about 51 percent of the prison population is Protestant. They found that 15 percent are Catholic, which is less than the 20 percent that is found in the general population. Muslims, the chaplains found, represent about 9 percent of the inmate population.