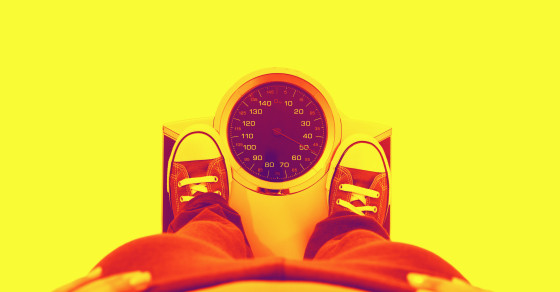 A new study suggests that people born in the 90s have a harder time of losing weight than those from previous generations.

Sorry millennials, but losing weight might be harder for you than those in your parent’s generation, according to a new study from Canada’s York University.

Using diet information from the U.S. National Health and Nutrition Survey between 1971 and 2008 and exercise data from 1988 to 2006, researchers discovered that even though physical activity increased upwards of 120 percent, younger people were more likely to have a higher body mass index, or BMI.

More Obesity Is Just A Weekly Splurge Away

While calorie and carbohydrate intake increased 10-to-14 percent, fat and protein intake decreased by 5-to-9 percent. And though, on the whole, people are exercising far more frequently than they did in the ’70s and ’80s, individuals were 10 percent heavier in 2008 than they were in 1971.

“Our study results suggest that if you are 25, you’d have to eat even less and exercise more than those older, to prevent gaining weight,” said study author Professor Jennifer Kuk in a press release. “However, it also indicates there may be other specific changes contributing to the rise in obesity beyond just diet and exercise.”

Kuk and her team say that the changes in average BMI over time aren’t always linked to diet and exercise patterns. She cites pollution, medication, stress, and overall gastrointestinal health as other factors that affect body mass index.

“Weight management is actually much more complex than just ‘energy in’ versus ‘energy out’,” she added. “That’s similar to saying your investment account balance is simply your deposits subtracting your withdrawals and not accounting for all the other things that affect your balance like stock market fluctuations, bank fees or currency exchange rates… Ultimately, maintaining a healthy body weight is now more challenging than ever.”