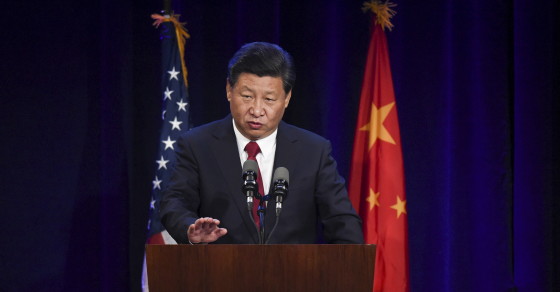 During his visit of America, the Chinese leader is sitting down with CEOs of Apple, Amazon and Microsoft before going to the White House

Chinese President Xi Jinping is sitting down with some of the biggest names in American tech a day before he’s scheduled to visit the White House. It’s a power move that many see as an Obama burn, but it could be good for your cybersecurity.

On Wednesday, the Paulson Institute is hosting a business roundtable in Seattle, where Xi will meet with 15 Chinese CEOs and 15 U.S. CEOs so they can discuss how to improve economic relations between the two countries. Apple, Amazon, Microsoft, IBM, Alibaba and Lenovo are just a few of the companies that will be in attendance.

Many U.S tech companies want to expand their business in Chinese—a country with about 649 million Internet users, nearly double the U.S. population. But they’re also wary of Chinese cyber policies—so a handful of executives could be even more influential than the leader of the free world when it comes to shaping a potential cyber arms race.