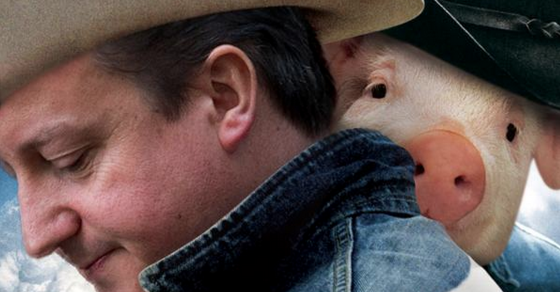 Here’s The History Of The #BaeOfPigs Hashtag
By Sarah Kaufman

Here’s The History Of The #BaeOfPigs Hashtag

British Prime Minister David Cameron had a rough start to the week, when an unauthorized biography claimed that he put his private parts in the mouth of a dead pig’s head during a university initiation ceremony. It’s the kind of story that explodes on Twitter, and sure enough, assisted by a few creative hashtags like #BaeOfPigs, Cameron’s alleged black tie bestiality was the story of the day.

The debauchery was reported by Daily Mail, a paper that is serializing the unofficial biography of Cameron by Lord Ashcroft. Sources close to Cameron said they “did not recognize” the accusations. Here’s the context to #baeofpigs.