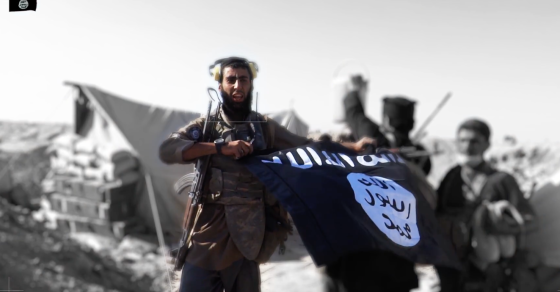 More and more disillusioned jihadists are defecting from ISIS and speaking out. Here's why.

The life of an Islamic State fighter is far cry from what a growing number of jihadists thought it would be, according to a research organization that tracks members of the group. Dozens of disillusioned militants have deserted the self-declared caliphate in the last two years and gone on to criticize it for what they claim are a series of shortcomings and infractions. The report, published Monday by the International Center for the Study for Radicalization at King’s College London, identified 58 former militants who spoke out publicly against ISIS. While that number is just a fraction of the 20,000 foreigners believed to have joined ISIS and other militant groups in the Middle East, their criticism establishes a powerful counter-narrative to the jihadist utopia the extremist group has made a core piece of its propaganda strategy.

“No one has more credibility in challenging the [ISIS] narrative and giving a realistic impression of the group and the totalitarian society it seeks to create than the people who have experienced it,” write the authors of the study. “The defectors’ testimony can be important in helping to prevent young people from being radicalized and recruited.”

Here’s why these jihadists have quit the Islamic State.

Getty Images
Some jihadists jilted the Islamic State after it failed to live up to the hype, according to the report. With few luxury goods to plunder, fighters said that the spoils of war fell short of their lofty expectations. Others, especially those from the West, grew irritated by the lack of electricity and other creature comforts. One ISIS militant simply found his deployment to be too “dull” and boring.


While executing minorities, apostates and infidels is part and parcel for ISIS, some jihadists said they drew the line when that brutality extended to fellow Sunni Muslims. Defectors castigated their fellow ISIS fighters for indiscriminately killing innocent women and children and systematically mistreating villagers. Others grew disillusioned when commanders executed their own fighters after they’d been accused of sedition.


Many deserters claimed that ISIS was consumed with fighting fellow Sunni rebel groups, such as Ahrar al-Sham and Jabhat al-Nusra, al-Qaeda’s affiliate, instead of trying to topple Bashar al-Assad’s regime. “Many defectors argued that fighting against other Sunni groups was wrong, counter-productive and religiously illegitimate,” according to the report. They also deplored what they claimed was their commanders’ ongoing obsession with so-called “traitors” and “spies.”


According to the report, a number of ISIS militants fled because they found the caliphate plagued by corruption. They said senior members played favorites with fighters and showed preferential treatment for foreign jihadis. Others claimed that racism, inequality and other “un-Islamic” ills permeated the Islamic State, a far cry from the perfect society they were promised. “While many were willing to tolerate the hardships of war,” the report says, “they found it impossible to accept instances of unfairness … which they said went against everything [ISIS] claimed to stand for.”