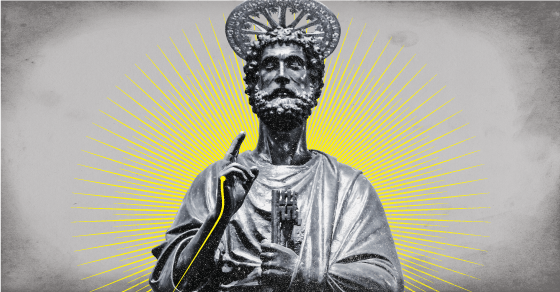 How Nerve Damage Shaped Papal Blessings
By Joshua A. Krisch 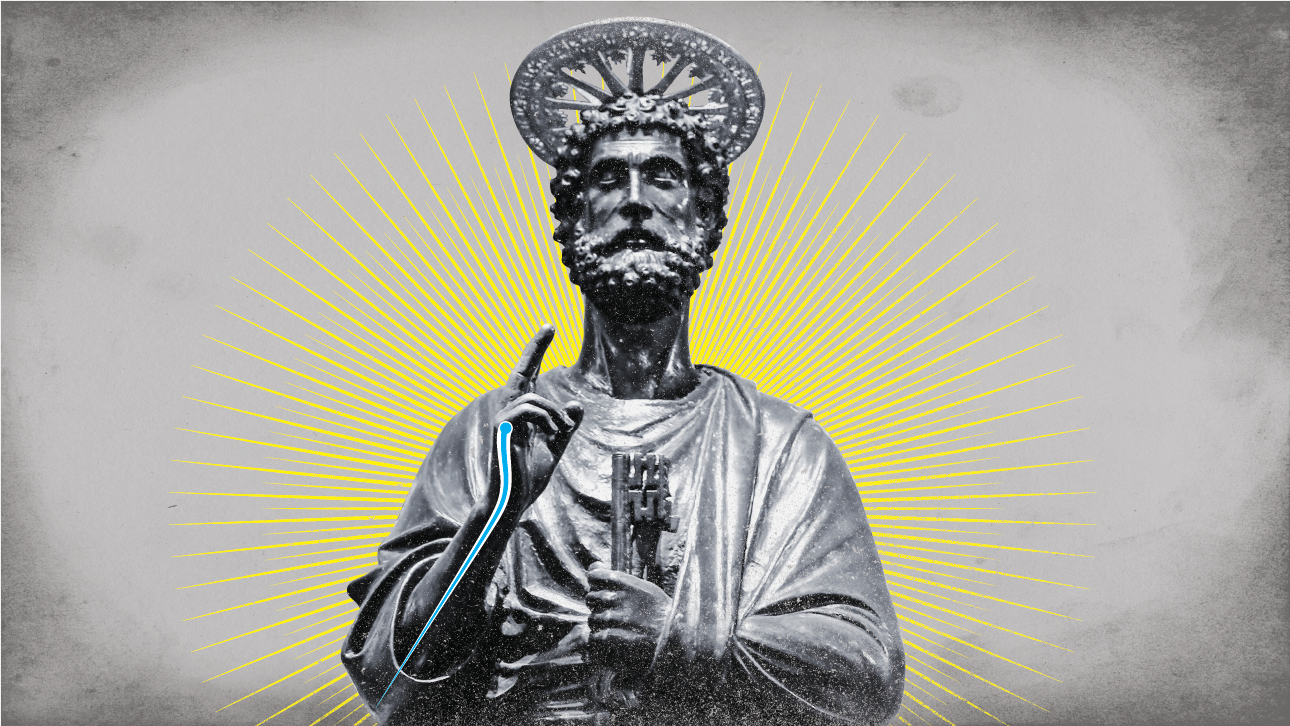 Popes unwittingly mimicked a saint’s partial paralysis every time they gave a blessing for decades, a new study has revealed. The study, published in the journal Clinical Anatomy, debunks an old claim found in medical textbooks, that St. Peter’s original gesture of blessing—an awkward motion that involves curling the pinky and ring finger down while flexing the remaining fingers upward—stemmed from median nerve damage. Peter couldn’t close his first two fingers into a fist, the theory goes, because of a median nerve injury so he settled for squeezing his fingers into a less ideal position. And an enduring papal gesture was born.

More Pope Francis Is Not Our First Science-Friendly Pope

When the Pope visits the United States on Tuesday, he will likely address throngs of the faithful with a wide open hand, or his signature thumbs-up gesture. But perhaps that’s just because Pope Francis has a functioning ulnar nerve.

The fresh evidence suggests textbooks misdiagnosed Peter’s nerve injury. The new study points out that it is unlikely that any saint would attempt to bless his people with a defiant closed fist. “A fist has always been a symbol of war—it’s never a positive position,” said Bennett Futterman, an anatomy professor at New York Institute of Technology’s College of Osteopathic Medicine in a prepared statement. “No holy man would ever bless the faithful, a crowd, or followers, by making a fist.”

Instead, Futterman says, it’s likely Peter was attempting to mimic the Jewish Priestly Blessing which also happens to have inspired Spock’s famous Vulcan salute. In that case, Peter wasn’t trying in vain to close his first two fingers—he was actually straining to uncurl his lower two fingers. And that’s not a sign of median nerve damage, as the textbooks claim, but a sign of ulnar nerve damage. The ulnar nerve runs from the elbow to the wrist along the pinky side of the hand, and controls the muscles that allow your ring finger and pinky finger to stretch away from your palm.

“He would have blessed people the way he knew,” says Futterman, referring to the Peter’s attempt at the Jewish Priestly Blessing. “But if you have an ulnar nerve injury, you can’t spread your fingers and you can’t extend your pinky and ring finger.” Despite its origins in physical deformity, many perfectly healthy Popes have chosen to emulate the awkward gesture, as a tribute to Peter. But it seems that Pope Francis is perfectly comfortable adopting his own hand motions and waving to the people with his fingers fully flexed.

Live long and prosper, folks. Those popes had quite a nerve.