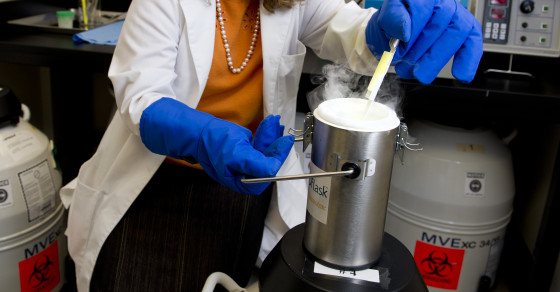 Fertility Data Is Terrifying And Confusing
By Tracy Clark-Flory

Fertility Data Is Terrifying And Confusing 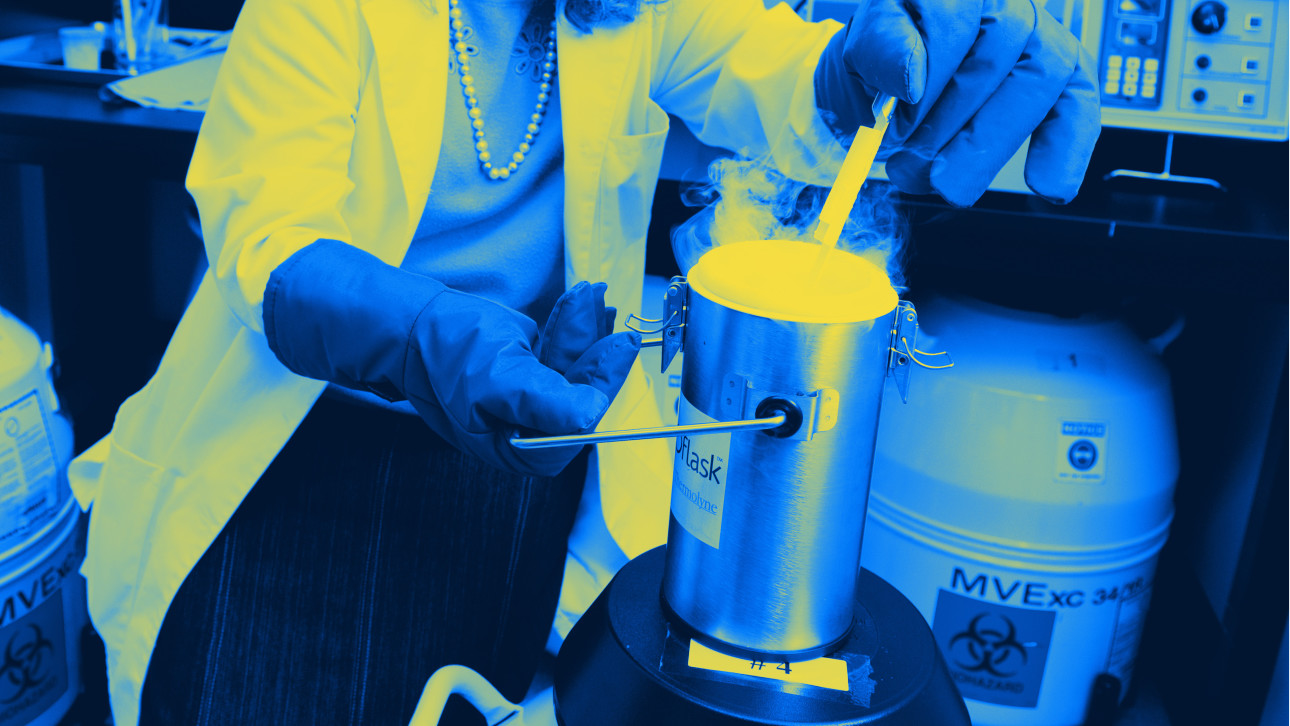 Anna is 29 years old and wants to have kids. At her age, she’s heard all the warnings about women and their biological clocks and is planning accordingly. “It’s kind of begrudging. It’s reality, but I don’t want it to be reality,” says Anna, a Baltimore resident who is currently working on her PhD and getting married next year. “I don’t particularly feel like I’m mature enough to have a kid right now.” Ideally she would like to be able to get her footing in her career and reach a comfortable income before having kids—but if she waits until then, Anna says, “I would be really old and I wouldn’t be able to get pregnant… I want to have a kids before I’m 35 for sure.”

This is the opposite of what Tyra Banks talked about with Chrissy Teigen in a buzzy segment from Banks’ daytime talk show FABLife that was released on the Internet this week and will air on television Monday. “It’s so funny, when I was 23 years old, I used to tell myself, ‘In three years, I’mma have kids.’ Then I turned 24. ‘In three years, I’mma have kids,'” Banks, currently 41, said as she teared up. “Every single year I kept saying that. And then after a while it’s like, ‘OK, now I want to.’ And it’s not so easy.” Here was a real-life cautionary tale about waiting until it’s too late, a living embodiment of the fertility statistics that so often fuel panic-inducing headlines.

Those numbers are enough to make a 29-year-old like Anna decide to fast-track her baby plans. “It definitely plays a big role in how I’m planning my life,” she says.

In the case of Margaret, a single 31-year-old, it’s led her to consider the possibility of freezing her eggs. “I feel like time is passing by really quickly,” she says.

Stories like Banks’ only underscore that sense. In an interview with People, the model revealed that she’s undergone in vitro fertilization and has had some “very traumatic moments” in the process. Teigen, 29, inspired Banks’ on-air admission by revealing on the show that she and husband John Legend have been struggling to conceive for years. There is no diminishing the sadness of these individual stories—but questions have been raised in recent years about the accuracy of some of the most commonly cited fertility figures.

The bit about a 30-year-old woman having a 20 percent chance each cycle? No one seems to be able to source it, despite its prevalence. A spokesperson for the American Society for Reproductive Medicine, which cites those numbers in its own guide for patients, told Vocativ, “I have never been able to find out where that came from.” The mantra about one-in-three women between 35 and 39 not getting pregnant within a year? It comes from French birth records between 1670 and 1830.

Jean Twenge, a psychology professor at San Diego State University, wrote a blockbuster article for The Atlantic in 2013 titled, “How Long Can You Wait to Have a Baby?” Twenge, who is also the author of “The Impatient Woman’s Guide to Getting Pregnant,” noted in her article, “Millions of women are being told when to get pregnant based on statistics from a time before electricity, antibiotics, or fertility treatment.”

Twenge argues that more recent research paints a less drastic portrait. For example, a 2004 study found that 82 percent of 35- to 39-year-olds having sex at least twice a week got pregnant within a year. The success rate among 27- to 34-year-olds was 86 percent. In 2013, a study found odds that were slightly lower, but still far from dire, with 78 percent of 35- to 40-year-olds, and 84 percent of 20- to 34-year-olds, who had sex during a woman’s fertile days conceiving within a year.

Twenge’s article seems, anecdotally, to have made a real impact on how some women think about their baby timeline. “A few years ago, I read this article that was from The Atlantic or something,” Jill, a married 33-year-old, says. “Once I read that, I took this breath of relief.” Now, she says, “My plan is based around when we feel ready. My clock is not, like, ticking in my face.” She expects to get her IUD out when she’s 36 and then start trying for a kid within a year. Her mom had her at 37, so she’s not too worried.

Katherine, a single 37-year-old, also caught the buzz around Twenge’s article a few years back . “It makes me feel a little bit better, I guess,” she says, but adds, “Look, I’m realistic. I don’t think now everything is totally fine and I have as much a chance of getting pregnant as I did when I was 24.”

Katherine is right that there is no denying age-related fertility decline, even if the extent of it has been overblown in the past. The latest guideline from The American College of Obstetricians and Gynecologists says that the fertility of women “decreases gradually but significantly beginning approximately at age 32 years and decreases more rapidly after age 37 years.” ACOG also advises that women over the age of 35—which, for pregnant women, is officially considered “advanced maternal age”—should undergo fertility treatment after just six months of failing to conceive.

“Yes, fertility is lower when you’re 39 versus 30, that’s true,” says Twenge, “but it’s not that huge of a difference and it will not prevent most women from getting pregnant in six months to a year.” Her takeaway from all of the most recent available research is that “things are pretty good until 40 and then you’re going to run into more issues.”

Dr. Richard Paulson, the director of the USC Fertility Center, disagrees. “That’s dangerous. Every day in my office I see people who come in who thought everything was fine until age 40 and they have run out of the biological clock,” he says, pointing to significant age-related drops in embryo implantation rates with in vitro fertilization. But he admits that there’s no great way for women to calculate their own odds. “It’s fair to say that we don’t have very good predictors to look at someone at the age of 30 and say, ‘You’re going to be in trouble at 40’ or ‘You’re not going to have any problem at the age of 40.'”

Similarly, Jason M. Franasiak, an infertility specialist and researcher, says it would be “irresponsible” to suggest to women that they can wait right up until 40 to have kids. “Our bread and butter in the infertility world is the 35 to 42 year olds,” he says. “Those are the people who come to see us.” He says there is no “clear-cut data” or specific timeline that physicians can give to women. “Our general take on counseling these patients would be, ‘The best thing to do is to try to conceive as early as you are your partner are ready to do so,’ because earlier is always going to be better when talking about success.”

That leaves women who want kids to sort through conflicting messages and complicated data about fertility—not to mention consider their rising risk of miscarriage and chromosomal problems. Then they have to weigh that against everything else they want from life. There are the typically mentioned concerns of advancing careers and meeting the right partner—but there is also the amorphous, and some say mythical state, of feeling ready. But it’s hard not to bend to post-30 fertility graphs that look like a black-diamond ski slope.

For many women, the data makes them feel constrained by their biology in a way they don’t feel in any other area of their lives. “I am the picture of the modern woman. I own a home, I have a job, I’m successful in my career,” says Katherine. “I have a very firm grasp on myself and my individuality—except in this one area, I have all these pressures that I have no control over, that are entirely dictated by biology.”

This inconvenient truth is often held up as the “gotcha” of women’s liberation. Feminism can’t free us from our essential biology, right? But Paulson predicts that science just might. “Eventually, I think we’re going to solve this,” he says. “Stem cell technology will allow us to make it possible for women to get pregnant at all ages.”