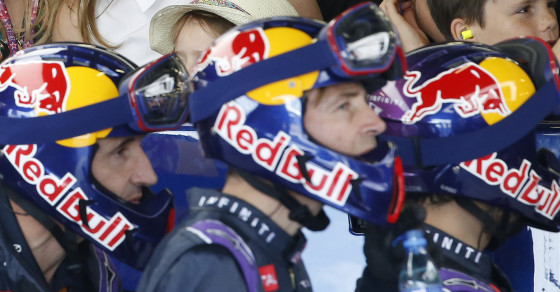 Energy Drinks Do NOT Cause Traumatic Brain Injuries
By Joshua A. Krisch

Energy Drinks Do NOT Cause Traumatic Brain Injuries

Study shows that energy drinks cause traumatic brain injuries...or the other way around. We're still not sure

Energy drinks like Monster and Red Bull probably cause some health issues, but recent reports suggest that the cans of caffeine that got you through finals week in college may be even more dangerous than you thought.

Earlier this week, a study published in the journal PLoS One examined the association between teens who consume energy drinks and those who suffer from traumatic brain injuries. The study found a strong link between the two, but concluded with the prudent rallying cry of researchers everywhere: “These associations warrant further investigation.”

As usual, nobody bothered investigating any further.

Then there’s the old correlation/causation problem. Just because two events are linked statistically does NOT mean that one causes the other. It is possible, the researchers note, that teens who drink Monster and Red Bull are also more likely to play contact sports and engage in risky behavior—the kind of stuff that’s likely to land you in the hospital with a traumatic brain injury.

And that sort of makes sense. Red Bull sponsors base jumping and cliff-diving events, while Monster has recently taken on motorcycle racing and bull-fighting projects. It shouldn’t surprise anyone that the target audiences for the energy drink companies get more concussions than the rest of the population. Perhaps they haven’t gotten the memo—Red Bull doesn’t actually give you wings.