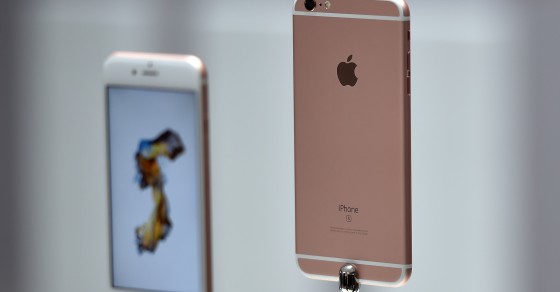 Sperm banks in China are using the highly-coveted Apple iPhone as a way to entice donors. According to the Changjiang Times, Shanghai’s Renji Hospital is offering clients 6,000 yuan per 17ml sample—the price of an iPhone 6s.

“No need to sell your kidneys—you can easily have a 6s,” reads the ad, alluding to a report earlier this week about two men who allegedly tried to raise money for a new iPhone by offering to sell their kidneys, before changing their minds.

More The New iPhone Is The Heaviest In History

Not just anyone can waltz in and make a deposit in exchange for enough cash to buy an iPhone. Applicants must be at least 165cm tall, have a college education, and submit to medical tests to ensure they have no genetic diseases.

It’s unclear as to how many men have so far taken them up on the offer. Though in July, 22,000 men signed up within 72 hours after a different sperm bank began offering 5,000 yuan for donations. Another sperm bank in Hubei province has also used iPhones to tempt customers.

China is the biggest and most important market for the iPhone, and accounts for around 20 percent of Apple’s overall revenue. It’s estimated that 2,000,000 iPhone 6’s will be sold in Greater China during opening weekend.