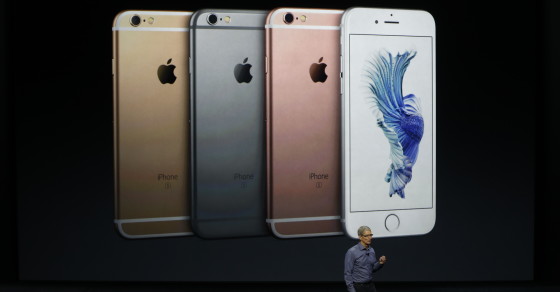 The New iPhone Is The Heaviest In History
By Sarah Kaufman

The New iPhone Is The Heaviest In History

The 6S Plus weighs 71 percent more than the 5S

If you’re considering upgrading your beloved iPhone to Apple’s new model, the 6S Plus, beware of the inevitable weight gain: It’s the heaviest model in iPhone history.

The new chub is almost entirely a result of the new 3D Touch display, according to The Verge. The pressure sensor that’s built into the backlight of the display makes the screen twice as heavy as in the previous models. But there seems to be a good reason for that: The screen can now sense multiple levels of your finger’s pressure.

Apple announced the new 6S and 6S Plus last week in San Francisco, where it also unveiled the larger and pricier new iPad Pro.