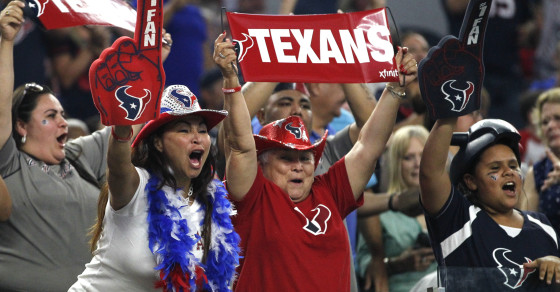 Fantasy football is going social—and it’s largely thanks to women.

It’s no surprise that more men than women get a kick out of watching real professional and college football players rack up points for their own imaginary teams. Women are also less likely to wager their hard-earned cash on their drafting ability. But here’s the kicker: The ones who do spend shell out more than men on travel, food and even clothing associated with their fantasy teams.

A total of 74.7 million Americans will play fantasy football during the upcoming NFL season, which starts Thursday evening when the Pittsburgh Steelers take on the reigning champions New England Patriots in Foxborough, Mass. About one in five of those are women, according to a study by American Express.

Wannabe coaches will spend $4.6 billion throughout the season. Male players are more likely to spend money to begin with (64 percent) than women (51 percent). Men also place more bets on their fantasy leagues, an average of $107 versus $75 for women.

However, the study found females are more likely to choose their first draft at a friend’s house than men, and the ones who do spend money drop more cash than men on everything but the betting. That includes an extra $9 on travel and an extra $5 on drinks—which means that for women, fantasy football is more of a girl’s night out than a boy’s night in.

Average Spend On Fantasy Football By Players Who Spend Money