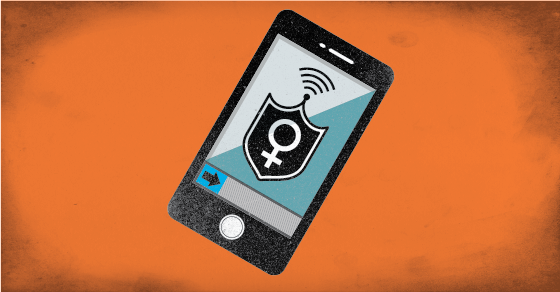 Will This High-Tech Rape Whistle Work?
By Tracy Clark-Flory

Will This High-Tech Rape Whistle Work?

Activists not only doubt it, but also suggest that anti-sexual assault innovations should target rapists, not potential victims

A pair of juniors at the University of North Carolina are working on what sounds a whole lot like a Fitbit. Their initial designs feature a slim wristband with GPS technology inside—but it’s not for logging your steps. Instead, it will allow the user to call for help before or during a sexual assault. Essentially, it’s a wearable panic button.

That’s right, folks: it is the 21st century and sexual assault is still prevalent but at least we have high-tech rape whistles.

It is, without question, a well-meaning concept, but activists say that anti-rape devices like these inappropriately shift the responsibility to prevent attacks to potential victims. That, they say, reinforces harmful cultural beliefs about sexual assault. More importantly–they say these products don’t work.

The device, provisionally being called PRO(TECH)T, is intended for college campuses. Assuming it makes it through prototyping to the product stage, it will have a button that would send an alert when held down for three seconds. “Once a student feels threatened enough to activate the band, their GPS location is sent to campus police who receive it in real time and can track it,” explains 20-year-old Madison Eddings, one of the product’s inventors. “Police then track the signal and respond as needed.”

Next week, she and business partner Ben Eisdorfer, both of whom say people close to them are survivors of sexual assault, will launch a GoFundMe campaign to create prototypes of the device.

This seems the inevitable end result of a recent explosion of smartphone safety apps, which allow users to alert friends to their whereabouts or easily call 911, or record audio or video of a potential crime. A growing number of colleges are partnering with tech companies to bring such innovations to campus.

But a wearable device specifically for warding off rape is different, and draws comparisons to more extreme, and controversial, anti-rape inventions—ones that feminist critics, like Jessica Valenti, have likened to a “modern chastity belt.” We’re talking barbed female condoms, knife-like tampons, reinforced panties, electrified brassieres and hard-to-remove belts. Yes, these are actual things that exist in the world.

Kate Harding, author of “Asking for It: The Alarming Rise of Rape Culture–and What We Can Do about It,” says that a wearable alarm would be much better than the GHB-detecting nail polish that generated outrage last year. “You could theoretically use it when the rapist is your boyfriend or a guy you just met at a party, instead of just a stranger drugging your drink,” she says. “But of course, by the time you know this trusted person means to rape you, if you can even gather your wits to push the button, campus security will probably not arrive in time to prevent the rape.”

She adds, with a dystopian flourish, “That’s before we get into the idea of women walking around wearing police-calling devices like Fitbits. What a sad society we live in, if that seems like a reasonable thing to do.”

More Do Date Rape Apps Make You Safer or Just Freak Out Your Friends?

Similarly, Kristen Houser, chief public affairs officer for the National Sexual Violence Resource Center, commends students for attempting to find a solution to sexual assault, but questions the utility of products like this one. That’s in large part because she says few victims anticipate, ahead of time, that they will be sexually assaulted. “I have talked with hundreds and hundreds of survivors over the past 25 years, and most have said that they didn’t realize what was happening until it was too late,” she says.

What’s more, once an attack begins, it’s common to have a “freeze” reaction, as opposed to a “flight or fight” response, says Houser. “While we would all hope we might be able to call for help, defend ourselves, or in this case, push a button for help, the very real reality is that our bodies may freeze and we cannot do any of these things,” she explains.

Some activists worry that technologies like this, which seem to carry with them visions of strangers in dark alleyways, help to perpetuate myths about rapists. The reality is most survivors know their attacker: Roughly four out of five rapes are committed by someone known to the victim, according to the U.S. Department of Justice. “These rapes are happening because they’re people you know and trust, and lot of survivors report that they sort of let their guard down for that reason,” says Sarah Merriman, communications coordinator for Students Active for Ending Rape (SAFER). “Will people press the button? Maybe. Will people wear it when they’re just going to the party down the block? Hopefully.”

More Would Your State Qualify For Clinton’s $175B Public College Grant?

Then there is the simple fact that this technology, like so much rape prevention, focuses on the victim, not the rapist. “It’s putting the onus on the survivor to have prevented the assault, which is at the root of the problem,” says Sofie Karasek, co-founder of End Rape on Campus. The problem being the we tend to fault survivors for not having avoided being attacked—whether it’s because they went out alone late at night or had too much to drink or wore a short skirt. “It’s this victim-blaming narrative that it’s the person whose being assaulted’s responsibility to never have gotten assaulted in the first place,” she says, “when actually the responsibility should fall solely on the shoulders of the person who did it.”

This is something that Eddings and Eisdorfer have fully considered. “We understand that the problem is not to be put on victims’ shoulders but instead should be solved by teaching people not to assault or rape another,” she says. The two have decided to donate a percentage of their profits to educational programs meant to “reform rape culture.”

But Karasek says that kind of indirect approach is not enough. “Sure, you can have a technology that can help people, but you also have to have that educational component that tells people it is only the perpetrator’s fault for the sexual assault, not the survivor’s, and that has to go hand-in-hand with that kind of technology.”

That’s something done by Circle of 6, an app that received an award in 2011 in the White House’s “Apps Against Abuse” challenge. It allows users to pick six pals whom they can easily, with the press of a button, ask for a ride home, request an interrupting call or even get relationship advice. The app’s panic button connects users to national hotlines for sexual assault—so it’s less of a rape whistle than a tool of support and awareness-raising. It also emphasizes education about gender-based violence for the user and their circle of six.

Even given an educational component, though, these new technologies still face the pitfalls of victim-blaming and perpetuation of rape myths simply by targeting potential victims. What’s a well-intentioned technologist or college entrepreneur to do? Shifting the focus is not so simple—good luck trying to get a rapist to download an anti-rape app. There’s a reason these solutions are so often directed at potential victims.

Merriman points to Callisto, a Google.org-backed service that allows for anonymous, confidential reporting of college sexual assaults, as an example of technology successfully tackling the issue. The consensus among activists appears to be that anti-rape technology is best directed at changing widespread attitudes and beliefs that allow sexual assault to happen—rather than yet another tool potential victims can ostensibly use to protect themselves.

“The technology for preventing rape is teaching our men that dominance is not the most important part of their lives,” says Merriman, although she notes that it isn’t just men who rape. “It’s changing a culture that says that we can assert our power and strength over someone else and we get what we want when we want it.”