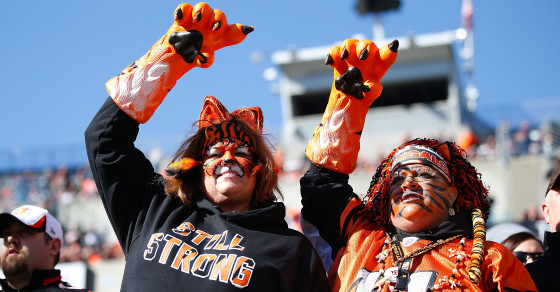 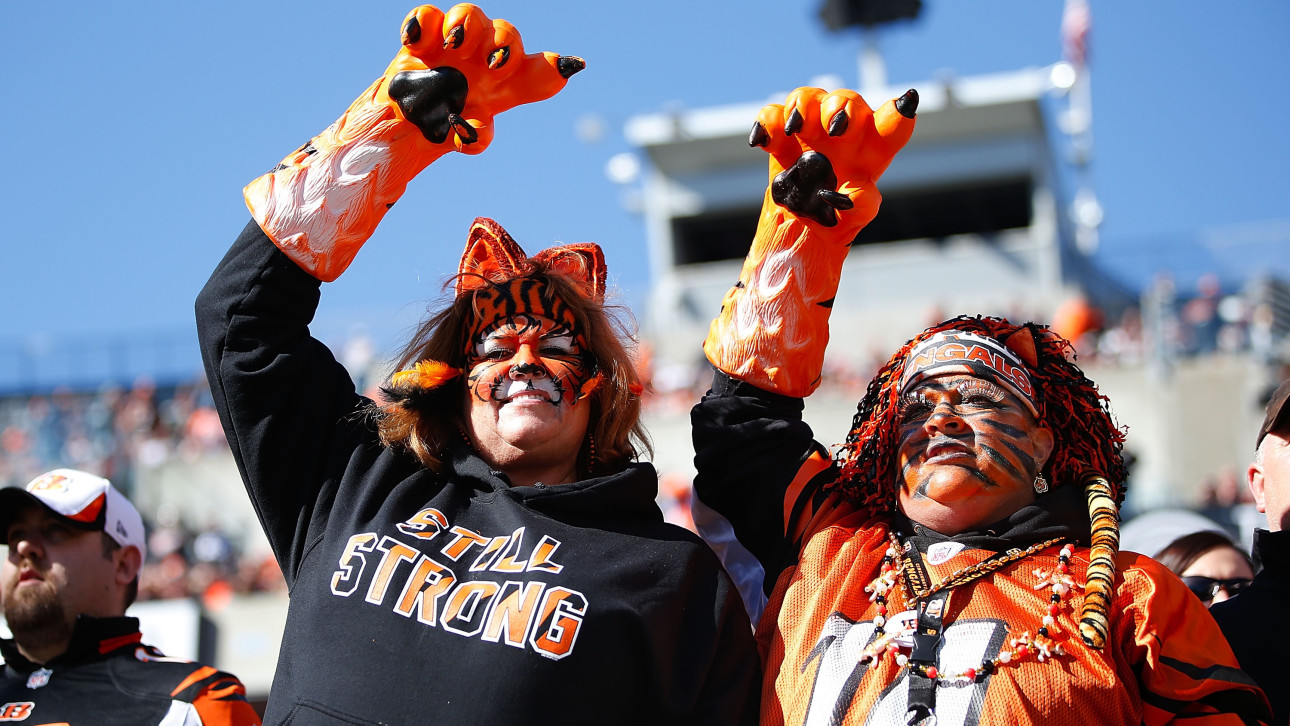 Even with the odds stacked against them, Cincinnati thinks they're going to win. — Getty Images
By Joshua A. Krisch
Sep 09, 2015 at 3:45 PM ET

NFL fans think their favorite teams are way better than they actually are, according to a new study published in PLoS. Researchers asked 1,116 NFL fans to predict how their favorite teams would fare during the 2014 season, and compared the results to 2014 preseason predictions from ESPN reporters assigned to cover specific teams.

Both fans and reporters, it turns out, have unrealistically high expectations. Buccaneers reporter Pat Yasinskas was the farthest off base (he predicted eight wins; the team finished with a mere two victories). ESPN reporters covering the Titans, Bears and Jets were similarly baffled when their respective teams lost five more games than they had predicted. That’s not to say they were all horribly wrong. ESPN reporters covering the Broncos, Packers, Colts, Dolphins, Chiefs, Vikings, Patriots and Rams all predicted the number of wins for the 2014 season with 100% accuracy.

By pure mathematics, the average number of wins per team per season should always be eight, because each team can only play 16 games and only one team can win each game. Nonetheless, only 172 of the 1,119 fans surveyed predicted a below-average performance from their team. The average fan predicted that his or her favorite team would win almost ten games and the average ESPN reporter predicted that his or her assigned team would win nearly nine games.

In other words, almost all football fans believe their teams are significantly above average—which is, of course, impossible. “We should perhaps take the predictions of experts assigned to a single team with a pinch of salt as they may not appreciate the bigger picture,” said Brad Love, psychologist at the University of London and coauthor on the study, in a prepared statement. “Previous studies suggest that just following a team intensely can lead to bias.”