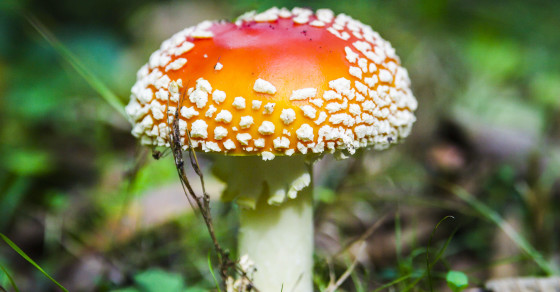 Psychedelic Science Is Making A Comeback
By Joshua A. Krisch

Psychedelic Science Is Making A Comeback

Fifty years later, psychedelics like LSD, magic mushrooms and MDMA are being explored as cures for depression and addiction

Psychedelics are slowly making their way back into the scientific literature, according to a new paper published in the Canadian Medical Association Journal. Although the research is still in its early stages, early human trials suggest that LSD, magic mushrooms and MDMA can be studied safely, and may provide relief for people struggling with depression and addiction.

Now, researchers in the United States, Canada and Europe are cautiously beginning to revisit psychedelic science. For LSD, vindication came in the form of a small trial out of Switzerland that suggested that the drug could reduce anxiety in people who were suffering from terminal illnesses. ‘Shrooms had their moment when a pilot study conducted in New Mexico reported that the active ingredient in magic mushrooms helped ten people kick their alcohol addictions. And in a Canadian study of MDMA—the country’s first clinical trial of psychedelics in more than 40 years—the drug is showing promise as a treatment for PTSD.

None of these studies are particularly robust, but that doesn’t make them any less exciting. Most of these studies involved only a handful of participants, and it’s far too early to know whether anything will come of these studies. But for better or for worse, psychedelics are back in the literature!

Meanwhile, the modern scientists designing these studies are taking a lot of their cues from old research, according to Johnson. “There was some comprehensive safety research from the tens of thousands of participants who received LSD from the 60s and 70s,” he says.

Hallucinogens had their scientific heyday in the late 60s and early 70s, before Richard Nixon lobbed LSD, magic mushrooms (and, yes, marijuana) into the Schedule I substance category under the Controlled Substances Act—a move that designated those drugs so dangerous and so ineffective for treating disease that even researchers and physicians couldn’t get their hands on them. Predictably, the Act didn’t end drug abuse. But it did kill a bunch of studies investigating the psychological effects of psychedelic drugs.

“One of the really unfortunate things is that, as a society, we dropped responsible clinical research with these compounds for so long,” says Matthew Johnson, psychiatrist at Johns Hopkins University and coauthor of the paper, in a podcast.

For instance, scientists studying LSD fifty years ago made copious notes on how to avoid serious side-effects—from bad trips to flashbacks. Modern researchers are taking these safety suggestions seriously, and often adding to them. Modern psychedelic trials typically do not admit participants who have a history of psychotic behavior, and at least two clinicians often remain in the room with each participant at all times, just to make sure nothing bad happens. During the experiments, researchers often play calming music or offer the participant a sleep mask. “We can err on the side of caution,” Johnson says.

Fortunately, preliminary studies suggest that, in a controlled, laboratory environment, hallucinogens are relatively safe. And as long as we can keep them safe, by ensuring that any therapeutic use of psychedelics occurs under a physician’s supervision, there may be a future for psychedelic science.

“There are absolutely risks to these substances,” Johnson says. “So far, it looks like the data support that it’s very favorable in terms of benefit to risk.”