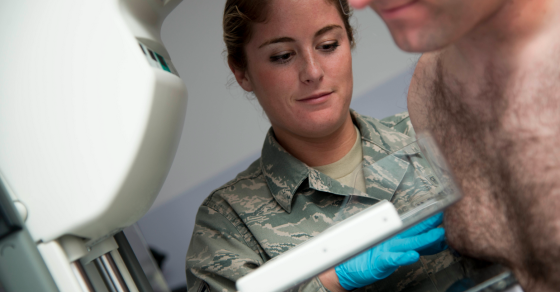 More Men With Breast Cancer Are Getting Their Breasts Removed

Over the past decade, there has been a big spike in the number of women with cancer in one breast who decide to get both breasts removed as a preventive measure. Now, more men are taking the same path.

Though it’s not widely known, some 1 percent of men get breast cancer. Breast cancer in men and women is very similar in many ways, from the likely causes to the typical treatments, including double mastectomies. Between 2004 and 2011, the rate of men with breast cancer who opt to remove unaffected breast tissue nearly doubled from 3 to 5.6 percent of the cases, according to a new report by American Cancer Society and Dana Farber Cancer Institute researchers. This has prompted new discussions by medical experts on the questionable health benefits of the surgery.

Study leader Ahmedin Jemal said the surgery was a “serious procedure with no evidence of survival benefit” and should be carefully discussed between doctors and their patients. Jemal told Live Science that the surgery (its full name is contralateral prophylactic mastectomy) is recommended for a smaller proportion of men than had received it between the years the study examined.

The percentage of women with invasive breast cancer in one breast who had both breasts surgically removed increased from 2.2 percent in 1998 to 11 percent in 2011, Medical Daily reported. In 2013, Angelina Jolie wrote an op-ed in the New York Times discussing her decision to get the surgery. Some people say that move has helped popularize the procedure. Others have hypothesized that the rise of the surgery is linked to an increase in genteic testing and the use of MRIs.