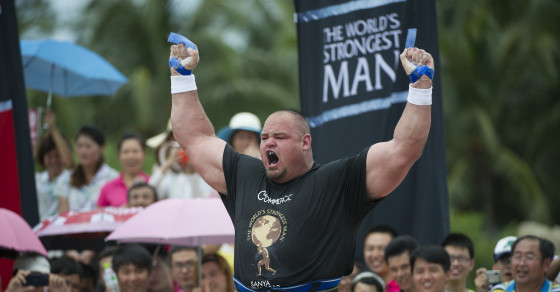 The World’s Strongest Man Eats 7,360 More Calories Than You Do
By Thomas MacMillan

The World’s Strongest Man Eats 7,360 More Calories Than You Do 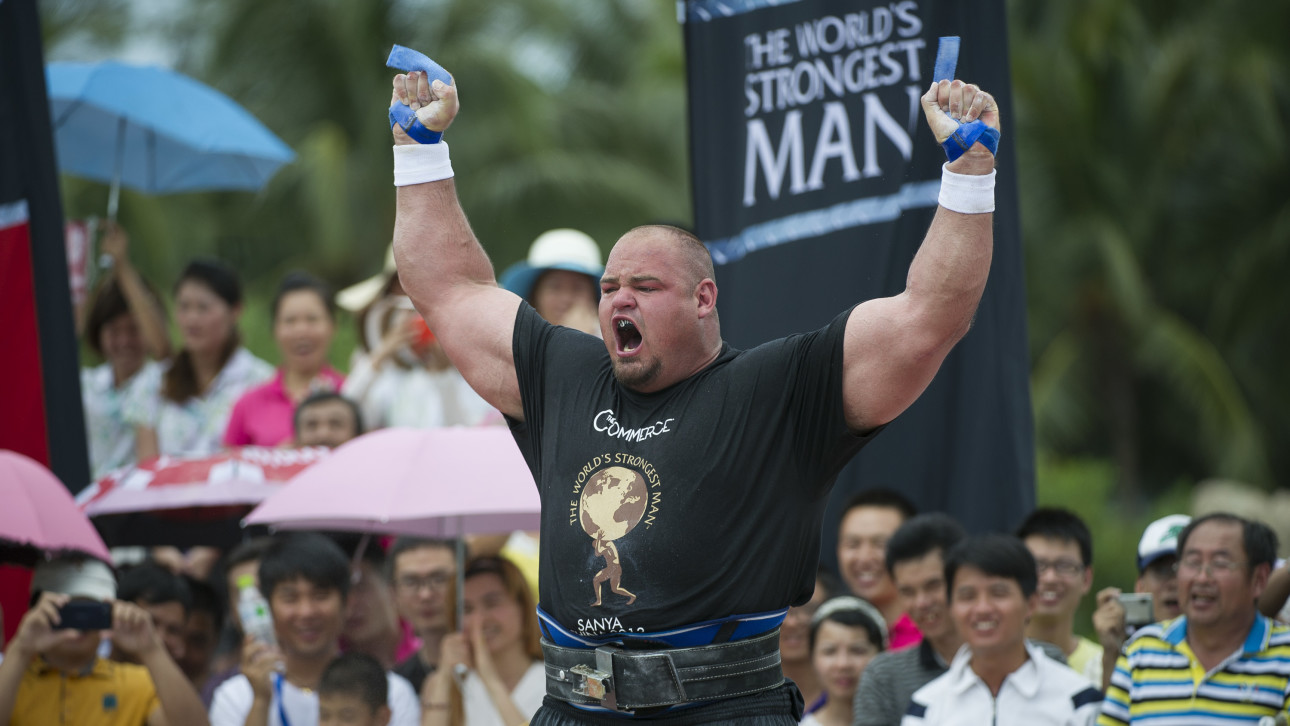 Brian Shaw hurls beer kegs 20 feet in the air, hoists 400-pound logs over his head, tows 12-ton trucks with a harness, and can lift and carry two refrigerators at once.

He’s not just strong. He’s the strongest man in the world. And it helps that he puts away 10,000 calories a day.

The 33-year-old Denver giant is a three-time winner of the World’s Strongest Man competition, which asks burly gentlemen from around the world to perform colossal feats of strength. You can watch Shaw crush other contenders at the 2015 competition, which airs this Sunday on CBS.

Shaw is the world’s dominant strongman thanks in large part to his immense size. While other repeating champs at the World’s Strongest Man competition range from 260 to 400 pounds, Shaw tips the scales at a whopping 435 pounds.

He also towers over his competition. No champion in the last 10 years has stood taller than his 6-foot-8-inch frame.

You can get a good sense of just how enormous Shaw is by comparing him to the average American man, who looks positively puny in the big man’s shadow.

Shaw is 10 and a half inches taller than our Joe Average, who stands at five feet, nine and half inches, making Shaw about 15 percent taller. Shaw’s size-16 feet are also 17.95 percent bigger than the average man’s size 10.5.

Shaw really starts showing his size, however, when you look at some of his other measurements. His biceps, for instance, measure 25 inches around. That’s 12 inches, or 92.31 percent, bigger than Joe Average’s 13-inch arms.

Shaw’s chest measures 60 inches, larger even than Arnold Schwarzenegger’s at the height of his bodybuilding career, when his world-champion pecs stretched the tape to 58 inches. Shaw’s chest measures 42.86 percent more than the average American man’s 42-inch upper torso.

It’s no surprise then that Shaw’s main task when training, apart from lifting heavy things over and over, is lifting a fork to his mouth over and over, cramming himself with enough food to add mass to his gigantic body.

A normal breakfast consists of 10 scrambled eggs, for instance. And that’s followed by about six other meals, during which Shaw regularly consumes a pound of beef in a sitting.

And it’s much more than other professional athletes. Tennis pro Andy Murray, for example, puts down about 3,200 calories per day. Former pro wrestler Dwayne Johnson, The Rock, takes in about 5,000 calories per day (including staggering amounts of cod).

Cyclists riding in the Tour de France come closer to Shaw’s diet, consuming about 8,000 calories each day of the tour. And one athlete, swimmer Michael Phelps, surpasses Shaw, eating 12,000 calories per day.

Just for the sake of comparison, a 1,000-pound horse has to eat 15,000 calories each day. That’s 50 percent more than Shaw, but he weighs less than half as much.

On Sunday, the world will see Shaw’s heavy eating pay off, as the enormous man proves once again he’s the world’s strongest.