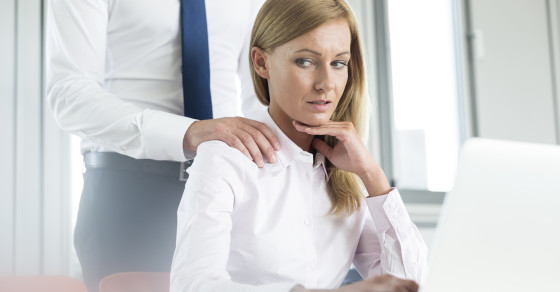 It might seem like the occasional sexist joke in the workplace is no big deal. At least, not compared to unwanted elevator come-ons or promises of a promotion in exchange for sexual favors, right? But a new study suggests that subtler forms of office sexism are just as bad for women as overt ones.

The study, published Thursday in The Psychology of Women Quarterly, reviewed 88 studies looking at a total of 73,877 women. Researchers compared the effects of “more intense and yet less frequent” discrimination, like unwanted sexual come-ons, to “less intense but more frequent” sexism, like suggestive stories or offensive slurs. They found that both have similarly negative effects on women’s professional well-being. But the so-called “low-intensity” experiences actually had a more detrimental effect on women when it came specifically to their organizational commitment, job satisfaction and general health.

In other words, covert sexism in the workplace is just as harmful, if not more so, than blatant discrimination.

From this, the researchers essentially concluded that companies should stop congratulating themselves for taking a hardline stance against more extreme sexist behavior while allowing its supposedly lesser forms to slide by.

“Norms, leadership, or policies that reduce intense harmful experiences may lead managers to believe that they have solved the problem of maltreatment of women in the workplace,” they wrote. “However, the more frequent, less intense, and often unchallenged gender harassment, sexist discrimination, sexist organizational climate, and [organizational tolerance for sexual harassment] appeared at least as detrimental for women’s well-being.”

That’s something to keep in mind the next time Frank in accounting repeats his favorite crack about dumb blondes. It might deserve more than an eye-roll.