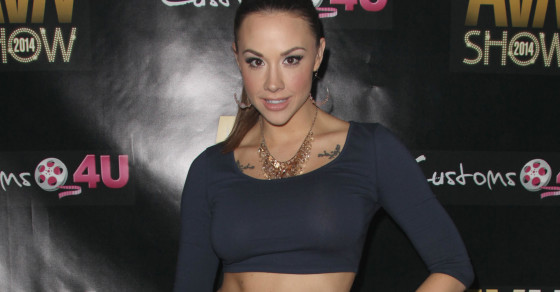 It’s easy to miss the latter point. In the initiative’s 11-item list of “purposes and intent,” one brief sentence reads, “To enable whistleblowers and private citizens to enforce the Act when the state fails to do so.”

This fear is based on past experience. “I receive harassment through social media or email almost every day,” she says.

Later in the document, there is a clause specifically stating that anyone found in violation of the condom law is “liable via… a civil action” brought by the Division of Occupational Safety and Health (better known as Cal/OSHA), a prosecutor, an “aggrieved” porn performer or—here’s is where things get interesting—“an individual residing in the State of California.” That’s right, any of the estimated 38.8 million residents of the Golden State. The only limitation placed on these citizen-led lawsuits is that a request must first be filed for Cal/OSHA to pursue the matter—but if the department declines or doesn’t respond within 21 days, or if the case isn’t pursued within 45 days, it’s fair game. If Cal/OSHA pursues the tip but then abandons it, or if the case is dismissed, it’s also up for grabs.

AHF did not respond to repeated requests for comment.

This is concerning because it “opens up the door for stalkers, anti-porn activists, moral zealots and conservative family members to harass performers with legal impunity,” says Stabile.

The initiative isn’t the only legal action currently worrying performers. Late last week, AHF subpoenaed adult performer medical records dating back to 2007 in what it says is an attempt to disprove the industry’s claim that its STI-testing regimen is sufficient—but it raised privacy concerns for many performers, some of whom worry that their private medical information, including STI results, could become public information as a result.

The measure’s critics see the ballot initiative as yet another move by AHF that harms performers while ostensibly trying to protect them. “Weinstein says he wants to protect performers, but he’s so maniacally focused on his condoms that he doesn’t bother to ask how the law would affect them, or even seem to care really,” says Stabile. “Like many moralists, Weinstein believes he has to destroy the village in order to save it.”