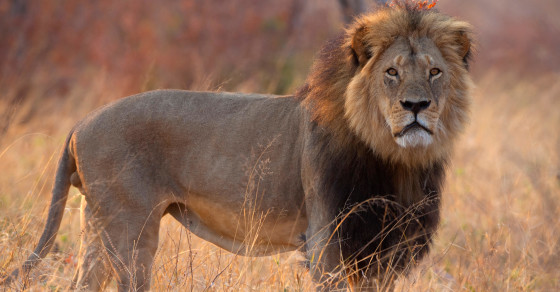 We Kill Lions 15 Times As Fast As They Kill Us

There are way more Walter Palmers than lions

It took lions 15 years to kill as many of us as we kill of them every single year.

Humans kill 600 wild lions each year on trophy hunts, according to National Geographic. Lions, on the other hand, killed 563 humans in the 15 years between 1990 and 2005, according to data collected by Craig Parker, a top lion researcher at the University of Minnesota. Parker’s study (the most recent data available on humans killed by lions) analyzed lions in Tanzania, one of the only countries in Africa where lions have not been eradicated and still roam free.

The lion population has been reduced by 85 percent due to hunting practices—it has gone from 200,000 to 30,000 in the past century, according to numbers from Panthera, a conservation group. Sixty percent of the lions killed by hunters are shipped to the U.S. for trophies.

Whereas certain Minnesotan dentists kill lions for sport and entertainment, lions tend to kill humans when they’re hangry. Parker’s studies have shown that lions kill more humans either when their natural prey populations are scarce or when they have trouble catching food at night the week after the full moon because the sky is brighter.