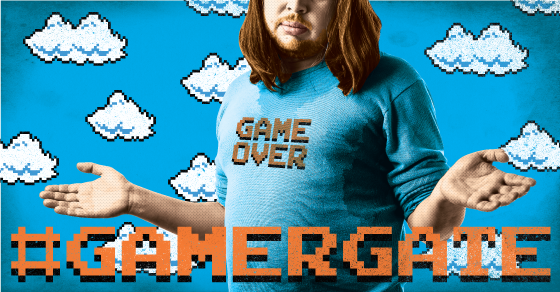 Gamergate Is A Headless Troll And It’s Bigger Than Ever

The movement born out of the need to uphold journalism ethics is failing to unite and back a single leader. 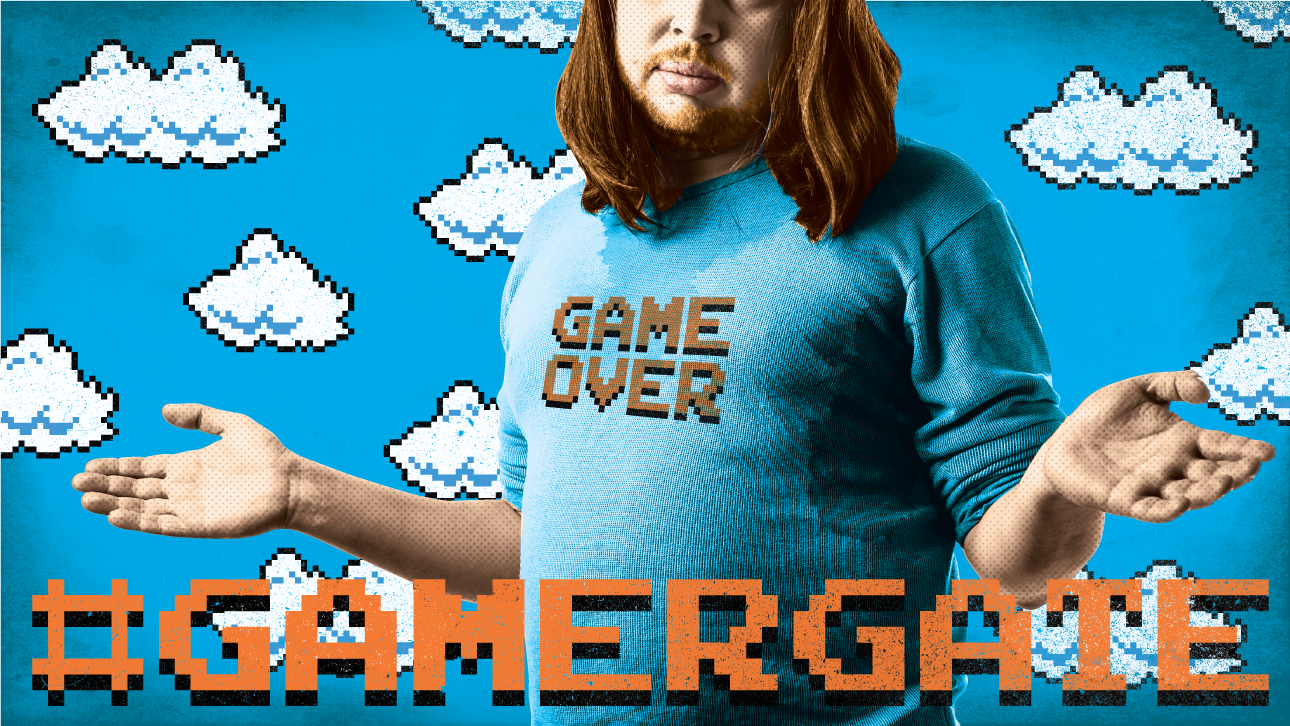 If you ask the man behind the online handle “Drybones5” about the current state of the controversial #Gamergate movement he helped create, he’ll tell you, “it’s over. It was over in December.” But that might just be the sour grapes talking—the reality is Gamergate, an online movement best known for its crude, degrading take-down of women in the video game industry, is bigger than ever and it’s been spreading rapidly since its birth in August of 2014.

This growth, however, cannot be attributed to a single leader or ideology, because those elements don’t exist in this movement. “Gaters,” as they’re called, have multiple—in some case conflicting—agendas. Whenever a leader emerges, he is typically taken down from within– and Gamergate carries on as a movement void of leadership. That’s exactly what happened to “Drybones5.”

“Drybones is being a Asukafag again and doesn’t seem to recognize the fact that GamerGate isn’t his personal army. And just because he’s operating gamergate.me doesn’t make him some kind of High Ranking Officer,” a commenter wrote in a post on the video game chat forum the RalphRetort.com after “Drybones” and another standout “gater” got into a public cyber-pissing match and their “factions” went to war, which in Gamergate means writing snarky comments about other people on message boards and chat forums.

The Gamergate movement has been successful in many areas – harassing and intimidating people and targeting large corporations they hate with online attacks and email campaigns. It has failed, however, in identifying a unified agenda and backing a single leader to achieve it. Drybones5, and others like him, who have a more  moderate agenda are getting bullied the most by supporters who harbor anti-feminist and anti-social justice motives. A year into the Gamergate movement, there are several factions of gamers who rally behind one ideology or another, and fight each other tooth and nail.

Not long after that comment was posted, “Drybones5,” known in the real world as Michael Sulsenti, was put out to pasture as one of the de facto leaders of #Gamergate and its league of video game enthusiasts who have banded together behind a social media hashtag to terrorize women, spout racist propaganda and use their collective trolling power to impose their will on gaming journalists and Fortune 500 companies. Despite its indisputable influence on gaming culture, the movement itself is about as organized as a headless chicken farm.

“There’s no clear leadership. You have a whole bunch of different agendas clashing together…and it certainly doesn’t help that Gamergate is defined by different ideologies.” — “Hatman,” known in the real world as Alex Baldwin

“It’s a mess,” Sulsenti told Vocativ. “When someone starts to appear as a leader a lot of the community is afraid of that and they’ll strike down that person to make them worthless in the community. That’s where the drama comes from – people see someone turning into too much of a leader and the community will rag on them and they leave.”

For a time Sulsenti, as Drybones5, was the moderator of several Gamergate chat forums. He helped create the Gamergate.me website and ran the servers that hosted several of the movement’s community forums. Sulsenti is one of the original “gaters,” having been a voice in the movement since its inception last summer when gamers launched a virulent campaign against several women in the video game industry. He’s made rape jokes and glorified Hitler on Gamergate chat forums that are often filled with the racist, misogynistic humor that has come to define the movement. But as his following of  “gaters” began to grow, Sulsenti became a target and was pushed out by the “leader” of another Gamergate “faction” who thought he was trying to micromanage the movement.

“[The Gamergate agenda] is a mixed message and there has always been a lot of fighting over it,” said Sulsenti. “There are factions that fight for ethical journalism in gaming. Another faction that aims at social justice issues – that political correctness will destroy gaming…there’s people who have certain views that are always butting heads with people who have a different agenda.”

Like Sulsenti, 23-year-old Alex Baldwin emerged as a potential leader for the movement. Under the handle “Hatman,” Baldwin functioned as the moderator of the page KotakuInAction, and has been described by some as one of the most influential members of Gamergate. In late July, Baldwin abandoned his post as moderator of KiA, citing stress after other, more militant factions of Gamergate turned on him.

“People have been saying that I’m out of touch with the community since February,” Baldwin wrote in his “resignation” letter posted on the site last month. “Since starting at KiA, I’ve been called a [social justice warrior], a shill, a [mens rights activist], a dictator, an enabler of harassment, and a traitor. I know you gotta have thick skin in this business, but I’d be lying if I didn’t say it breaks my heart to read all of that.”

There’s no definitive number of “gaters.” The best way to quantify membership, Baldwin said, is by looking at the number of subscribers to the KiA forum. That number is now approaching 50,000.

It’s a mess. When someone starts to appear as a leader, a lot of the community is afraid of that and they’ll strike down that person to make them worthless in the community.” — “Drybones5,” known in the real world as Michael Sulsenti

Despite abandoning KiA, Baldwin told Vocativ that he still considers himself part of the Gamergate movement. He said some aspects of Gamergate are successful, particularly in arguing for a code of ethics in gaming journalism, but agrees with Sulsenti that it’s disorganized. “There’s no clear leadership. You have a whole bunch of different agendas clashing together…and it certainly doesn’t help that Gamergate is defined by different ideologies.”

In a recent strawpoll.me survey by a Gamergate forum administrator, most respondents show favor for a movement that promotes both journalism ethics and “anti-SJW,” referring to the acronym for “social justice warriors.” Reddit user Doctor__Ethics cited another survey that shows “only 4% of GG thinks it is ONLY ethics. 96% of GG is on board with corruption, SJW colonization and all.” These survey results appear to align with Vocativ’s analysis of the comments directed at Baldwin and Sulsenti, who both tried to curb what they deem is irrelevant hate speech in Gamergate forums, even though they have no objection to members using the hashtag to spread it on other social platforms.”

Brianna Wu, the video game developer who made headlines last year for being the target of Gamergate’s sensational cyber bullying, sees Baldwin as someone who could upend the movement and help gaters achieve their goals – assuming they can figure out what they are. “If Gamergate ever wants to gain any legitimacy as a movement about ethics, you need to listen to @thehat2 and not attack him,” she posted on Twitter in May, referring to Baldwin by his handle.

Screenshot of Gamergate survey by a forum administrator

The Gamergate hashtag started last summer as a call-to-action to improve journalism ethics after blogger Eron Gjoni outed his ex-girlfriend and game developer Zoe Quinn in a 9,000 word essay for having an affair with an influential video game journalist. Quinn’s critics pounced and railed on her, saying her alleged affair was the only reason her latest game Depression Quest received positive reviews. #Gamergate has been used in over 10 million tweets since August 2014, according to Vocativ’s analysis.

Since then, the war has been waged almost exclusively on women, and has gone far beyond online “slut-shaming” – feminist media critic Anita Sarkeesian received a series of death threats last summer and into the fall, followed by an online harassment campaign that included a video game titled “Beat Up Anita Sarkeesian.” At least one of those threats came from some who claimed loyalty to the Gamergate movement.

Despite claims that Gamergate is dying, Baldwin insists the movement is “really good, actually” – even without any real leadership or specific agenda. Since January, there have been more than 38 group meetings in cities across the globe. In countries like Sweden and Germany, gaters are actively campaigning to recruit members and host more offline events to further the movement. In mid-August, Gamergate members held a conference in Florida with the Society of Professional Journalists which, according to Baldwin, agreed with the position that there needs to be better ethical standards in gaming journalism. That conference came to an end because of a bomb threat, according to journalist Cathy Young, who was at the event. Young reported that a person who has publicly taken responsibility for the threat claims to be from a group “that has been described as ‘aligned” with Gamergate by the movement’s critics but that Gamergaters themselves generally regard as hostile.”  A similar bomb threat disrupted a Gamergate meetup in Washington D.C. in May.

Correction: A previous version of this article stated that the bomb threat that ended the SPJ conference was called in by a group aligned with Gamergate and mistakenly attributed that assertion to journalist Cathy Young. The source of the threat has not been definitively determined; what Young had reported is that a person who has publicly taken responsibility for the threat claims to be from a group “that has been described as ‘aligned” with Gamergate by the movement’s critics but that Gamergaters themselves generally regard as hostile.”