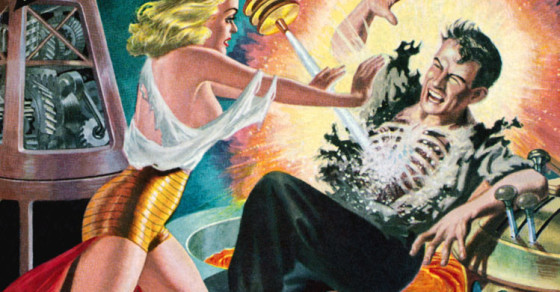 The Hugo Awards, science fiction's most prestigious prize, are just around the corner. A Vocativ analysis of the nominees and winners shows it's almost all white people 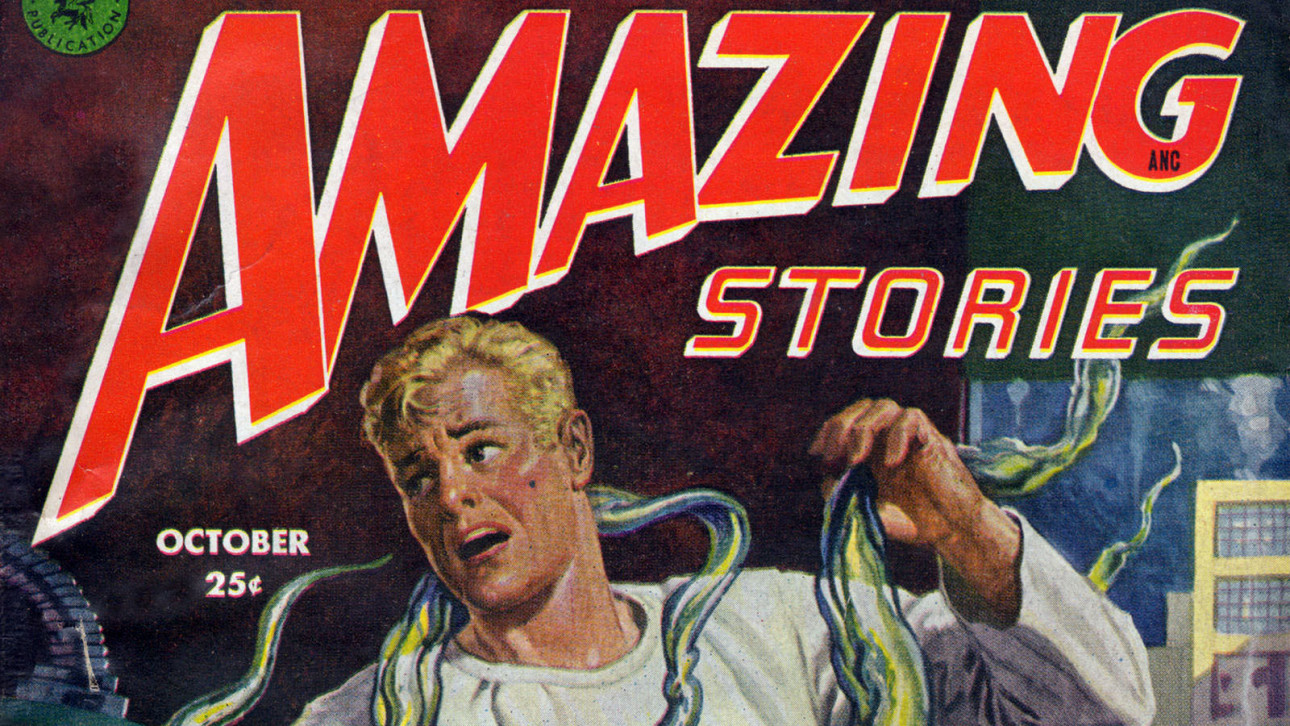 Amazing Stories was a magazine that helped launch the sci-fi genre.
By Jennings Brown
Aug 21, 2015 at 6:28 PM ET

The 2015 Hugo Awards, celebrating the year’s best works of science fiction and fantasy, will be held this weekend amid a giant squabble about diversity in the genre. A group of white writers who believe that the voting process has been manipulated to include too many minorities are fighting to steer votes towards authors that are truer to the genre.

But if you crunch the numbers, it’s pretty hard to argue that white writers are being squeezed out at the Hugos. Vocativ tabulated every writer, editor and artist associated with the 65 works nominated this year in all 13 professional categories (there are four categories for fan work). Out of nearly 100 people responsible for those 65 works (some works had multiple authors), only three were non white.

One of the three, Chinese writer Liu Cixin, became a nominee for Best Novel only after white author Marko Kloos withdrew in response to the controversy over diversity.

We also added up all the nominees for Best Novel, the top honor, going all the way back through the Hugos’ 62-year history. Since 1953, there have been 300 nominations for Best Novel—and only five of those writers were non white. (There were three African Americans: Samuel R. Delany in 1969; Nalo Hopkinson in 2001; N.K. Jemisin in 2011; one Arab American writer Saladin Ahmed and one Chinese writer, Liu.) No minority writer has won the award yet.

When it comes to gender equality, the genre is better—20 percent of the Hugo nominations for Best Novel have been women.

The Hugos are the most-prestigious award in a genre that is flourishing. As Game of Thrones—a series based on the work Hugo-nominated author George R. R. Martin—has become a record-setting show on HBO, film and TV producers are turning to sci-fi and fantasy classics for inspiration. In November, Amazon will debut the series Man In The High Castle, based on a book by Phillip K. Dick, which won a Hugo in 1963.

Unlike some other awards that are voted on by an elite board, all of the roughly 10,000 members of the World Science Fiction Society get to vote on the Hugos. Perhaps because of the controversy, more members voted this year than ever before—5,950 ballots compared to last year’s 3,587. There are no guidelines about what constitutes a science fiction or fantasy work. Any work is eligible as long as it was published in English the previous calendar year.

This year’s awards were almost derailed by a controversy started by a group of writers who believed that the last few elections were rigged to benefit minority writers and works with social-justice undertones. The group, who call themselves “Sad Puppies,” are fighting what they see as affirmative action in sci-fi by stuffing the ballot with writers that they believe embody the classic spirit of the genre. As a result, this year’s ballot has many authors that liberal writers have deemed white racists.

Ethnicity of Every Hugo Nominee for Best Novel Since 1953

Update: A previous versions of this article did not include the ethnicity of Saladin Ahmed. Ahmed is an Arab American writer who was nominated for the Hugo Award for Best Novel in 2013.