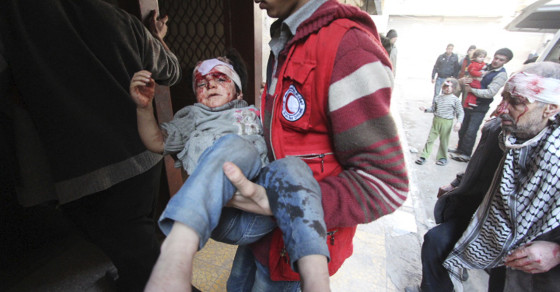 The Syrian government’s deadly airstrike on a marketplace in Douma this week which killed at least 100 people, serves as a grim reminder about which force continues to claim the most innocent lives in the country’s grinding civil war. For all of the focus the U.S. and the media pays to ISIS, the jihadist group is accountable for only a fraction of the civilian deaths in Syria. The regime led by President Bashar al-Assad is responsible for the more than three-quarters of the 10,354 civilians killed this year, according to data by the Syrian Network For Human Rights. By comparison, Islamic State militants killed 1,100 innocent people, or just over 10 percent. Kurdish forces, armed oppositions groups and the U.S.-backed coalition killed the rest.

IRIN, a humanitarian news group, has put together several charts to show the breakdown of civilian deaths in Syria. The group reports that more than 200,000 Syrians have been killed since the beginning of the civil war in 2011.