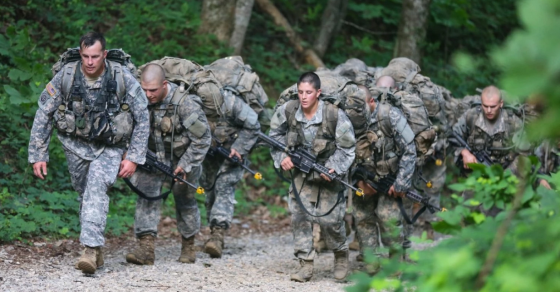 As two women prepare to graduate from Army Ranger School, an Ironman athlete describes the “unique relationship with suffering” shared among these elite soldiers 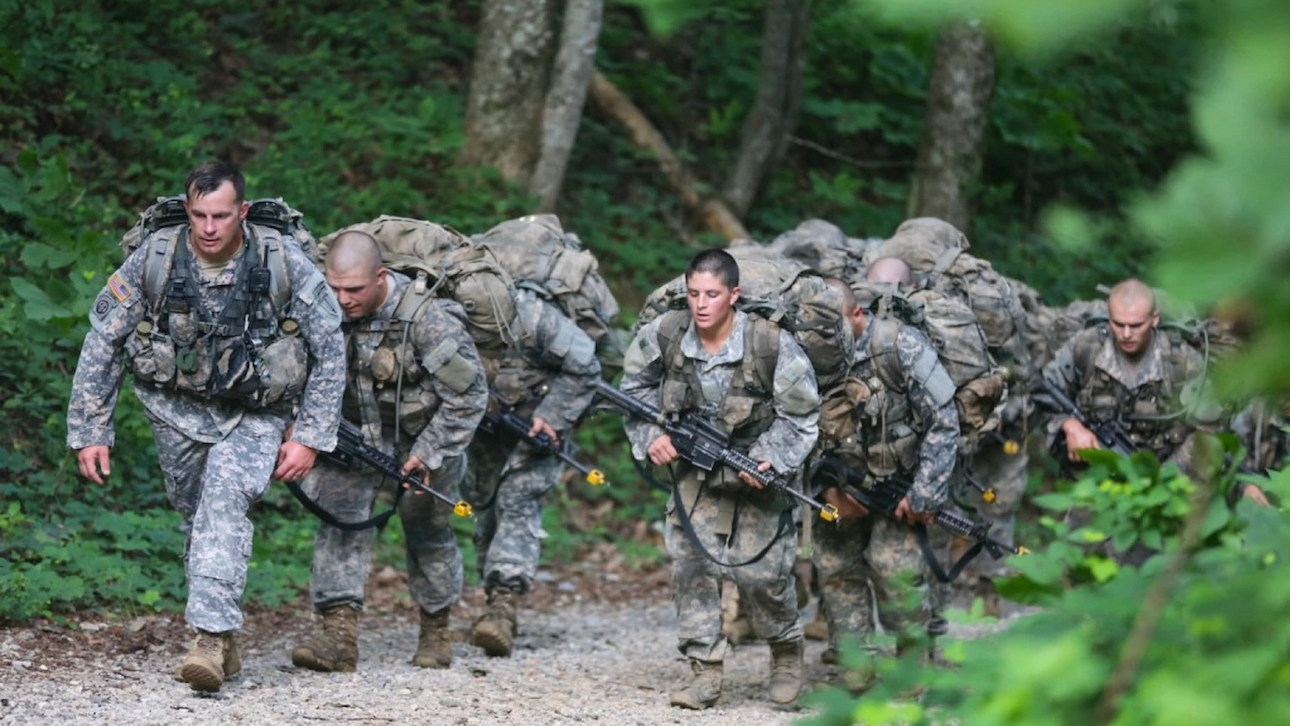 The world’s most tenacious Iron Men and Tough Mudders would be lucky to last more than two days in Army Ranger School, a professional endurance athlete tells Vocativ.

The brutal boot camp for elite soldiers is back in the news because a pair of female fighters are set to graduate from the program on Friday, a first in Army history. As an American public that’s increasingly obsessed with CrossFit and episodes of American Ninja Warrior cheers the military milestone, some fierce fitness masters are marveling over the stamina of these soldiers.

“Rangers are probably the most impressive athletes that we have,” said John Hirsch, a triathlete and trainer in New York.  “Certainly, they’re the toughest.”

Hirsch, who can claim one ultra-marathon and more than 20 Ironman races on his résumé, said even the best-trained endurance athletes would likely call it quits at Ranger School within 48 hours. “If you’re not prepared for something like that mentally, you’re going to start to crack,” he said .”It’s amazing how quickly humans can become unglued.”

Yet Rangers are required to complete 61 days of grueling exercises that test the limits of physical and mental strength. They must finish a 12-mile foot march, wearing full combat gear that can weigh up to 127 pounds, in less than three hours. They later endure four days of military mountaineering. There are parachute jumps and a gauntlet of obstacle courses. There are also 27 days of mock combat patrols, where candidates must exhibit leadership and tactical skills.

While the rigors of Ranger School are, at times, comparable to training for an ultra-marathon or the Tour de France, Hirsch said, candidates also face constant fatigue and hunger. They are allowed one meal a day and just a few hours of sleep.

“We get massages, medical supplies, limitless calories and a comfy bed,” Hirsch said. “Rangers get a piece of dirt to sleep on for three hours at night. The body doesn’t recover from that.”

John Hirsch, left, gets carried from the finish line of the Challenge Atlantic City triathlon to a nearby ambulance. The professional endurance athlete says he would be lucky to last two days at Army Ranger School.

Still, Hirsch stops short of calling the punishing two-month regimen torture. “The opportunity to quit is always there,” he said.

Many do. Capt. Kristen Griest and 1st Lt. Shaye Haver, the two female graduates, started Ranger School in April alongside 17 other women and 380 men. Only Griest, Haver and 94 men will receive the prestigious Ranger Tab on their uniforms this Friday. Only three percent of all Army troops ever earn one.

“I like to say that these people have a really unique relationship with suffering,” Hirsch said. “Very few people can handle it.”