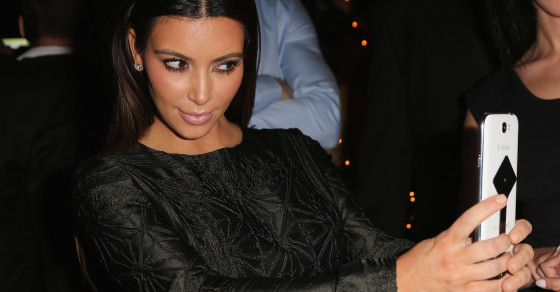 Selfie-Employed: The Struggle With Building A Business On Instagram
By Brian Patrick Byrne

Selfie-Employed: The Struggle With Building A Business On Instagram

For every Kardashian, there are thousands of Instagram creators struggling to build a business on the platform 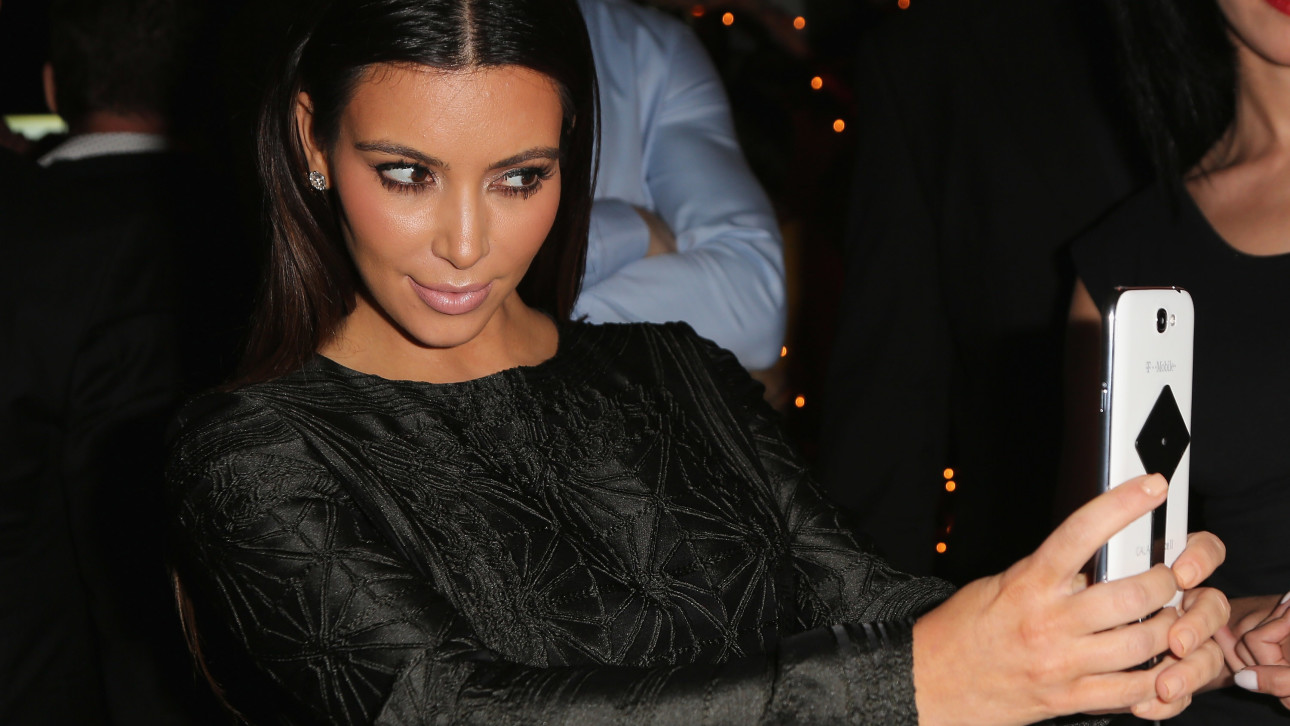 A Kim selfie could very well be worth more than your salary. — Getty Images for Samsung
By Brian Patrick Byrne
Aug 18, 2015 at 5:07 PM ET

All Kim Kardashian wanted to do was to sell some drugs. But the world’s biggest social media personality forgot to add a health warning to her Instagram post and the Feds had no choice but to get involved. When you’re advertising on social media, things can get surprisingly complicated.

The Food & Drug Administration said that Kardashian’s Instagram promotion of prescription morning sickness drug Diclegis was “false and misleading” because it failed to mention the drug’s possible side-effects. Diclegis hasn’t been studied in women with severe vomiting, and its most common side-effect is drowsiness. Unlike a regulated ad, Kim’s Insta-promo didn’t include the required fine print.

“OMG. Have you heard about this?,” asked Kardashian in the post, which has since been deleted. “As you guys know my #morningsickness has been pretty bad … Nothing helped, so I talked to my doctor. He prescribed me #Diclegis, and I felt a lot better and most importantly, it’s been studied and there was no increased risk to the baby.”

The FDA noted that the advertisement at least linked to a website stating the drug’s side effects, but that wasn’t good enough. “By omitting the risks associated with Diclegis,” said the FDA, “the social media post misleadingly fails to provide material information and the consequences that may result from the use of the drug.”

It was a rare slip-up from Kardashian, a pro at capitalizing on her massive social media presence. With 43.3 million followers, she’s neck-and-neck with Beyonce for the second most-followed Instagram account behind the unbeatable @Instagram, which has almost 100 million followers because, well, it’s Instagram. Kim also has 26 million Facebook fans and 34.5 million Twitter followers, and she advertises to all of them, from a pinned post on her Facebook page promoting a photo printing service, to a tweet advertising a handcrafted bag company.

Most fans embrace the ads—happy to be introduced to new products—but others question whether Kim has been paid to promote them. Some even criticize her for turning her popularity into a thriving business. When she advertised a photo printing service on August 10, one disgruntled commenter wrote: “Your (sic) getting paid to post this!! You don’t do ANYTHING FOR FREE!!” Others are less concerned. When she advertised Diclegis last month, a fan stated, “Idk [I don’t know] if she’s getting paid for this and do not care.”

Kim’s fans may be nonplussed, but a number of bodies in the U.S. have been tasked with acting upon complaints from consumers who feel an advertisement isn’t flagged, or misrepresents the product advertised. Most advertisements, excluding prescription drugs, are overseen by the Federal Trade Commission. An FTC staff member told Vocativ its Consumer Sentinel Network received more than 600 complaints concerning advertisements on Instagram, Twitter, Facebook and Snapchat between January 1, 2014 and July 31, 2015.

The FDA’s regulations are stricter than the rules imposed by the FTC and other groups, which makes pharmaceuticals promotions less appealing to social media marketing agencies like Florida-based Izea. CEO Ted Murphy told Vocativ: “The big issue with the Kim Kardashian post is she was dealing with a highly regulated industry. For those types of products in those regulated spaces, advertisers have to be much more careful and disciplined in how they roll out social sponsorships.”

Izea, which has produced paid Twitter advertisements for actresses like Hilary Duff and Elizabeth Banks, mostly deals with packaged goods, technology and travel. Murphy happily explained: “Those are areas which are relatively benign in nature, and there’s not a lot of regulation around them. You don’t need to have the same levels of disclosures and disclaimers as things that are regulated.”

Murphy claimed Izea is a pioneer in social media advertising. The New Yorker founded it in 2006 during the early days of Facebook, and produced the first paid advertisement on live-streaming service Periscope earlier this summer. Business is booming: Izea’s revenues increased 135 percent year-on-year to $4.6m between April and June as its advertisements reached 2.97 billion people.

Murphy told Vocativ his company usually takes a 35 percent cut of deals it makes with advertisers and content creators. He said his largest clients, who command followings of “tens of millions,” can expect to earn “easily six figures, or even more” for one campaign. Murphy declined to state who these clients were, but said most advertisers Izea works with actually prefer to monetize posts from lots of smaller creators, rather than making a larger offer to someone like Kim Kardashian or Beyonce.

“From an advertiser’s standpoint, you’re diversifying your risk. You may pay $50,000 for a big celebrity, or you could pay $50 for tweets from 1,000 regular people. In most cases you’re going to wind up with a better result by engaging with 1,000 people than with one celebrity.”

He said a creator’s audience demographic matters, too. “Someone who is a skateboarder and has a very concentrated following, but they’re all into skating—that’s of value to an advertiser, versus someone who has a much bigger audience, who are all millennials but may not all be specifically into skating.”

As for the creators themselves, growing a business is as much about keeping their audience happy as it is signing deals with advertisers. If an advertisement doesn’t do as well as a company expects, it could be the death knell for a fledgling Instagram account. Lindsey Calla, from New Jersey, has more than 44,000 followers on Instagram and works directly with companies and an agency to promote sportswear brands like Adidas. She said she was surprised Kim’s post had to be taken down—but Calla says she wouldn’t advertise prescription drugs to her audience because it wouldn’t be authentic.

“That would be something I wouldn’t really want to do, but it also doesn’t really go with what I talk about. So it would be painfully obvious that something fishy was going on,” said Calla, who blogs at Calla In Motion. “People know when something is inauthentic. It’s very hard to get things past people. They are sick of ads being thrown at them, so it’s really important to choose the projects that you work on so that it makes complete sense. I think people appreciate transparency.”

This ideology is shared by Marissa Carter, the Irish creator of Cocoa Brown tan, who commands a combined social media following of over 150,000 people. “My social media strategy has always been to try and make sure that what I’m putting up is relevant,” she told Vocativ. “If you’re a start-up, you are the brand. I am Cocoa Brown. If I was to outsource my social media for the brand, I just think it wouldn’t work.”

“You just never know how these things are going to play out. Some things you think are going to be amazing, and then they just fall flat.”—Marissa Carter, founder, Cocoa Brown

Carter, a former salon owner who has been self-employed since the age of 21, sold three months worth of stock in 24 hours after Kylie Jenner took a selfie with her product and posted it on Instagram earlier this year. The post currently has 1.3 million likes. Carter said she asked a contact in the UK, who previously worked with the Kardashians, to send Kylie the products. Carter had sent her the tan on two occasions, and waited a year before Kylie finally told her 33 million followers about the product.

She makes it sound easy, but Carter was quick to admit that she fails just as often as she succeeds when trying to market her products online. “You just never know how these things are going to play out. Some things you think are going to be amazing, and then they just fall flat. And then other things, the stars just align and things work really well, and you get a great bump out of it. There’s no exact science to digital marketing.”

Calla said the biggest problem with advertising on Instagram in 2015 is that it’s become difficult to stand apart. “Everyone was very unique in the beginning, and now it’s like everything sort of looks the same, because a lot of people are realizing there are certain colors or images that do the best in terms of engagement.

“It’s harder to stand out unless you are doing something extremely authentic. And then if it’s too different, sometimes it doesn’t read well with your audience.”

Calla declined to reveal how much money she earns from her Instagram following, but that’s not unusual. In the six years since she’s started, creators are less open than they’ve ever been.

Calla admitted: “At the beginning there was a lot of collaboration, and we were helping each other. But now I don’t really speak to as many people. I try to keep what I’m doing a little bit closer to myself. You want to be involved in the industry, but it’s less collaborative now than it ever has been. It’s so competitive.”