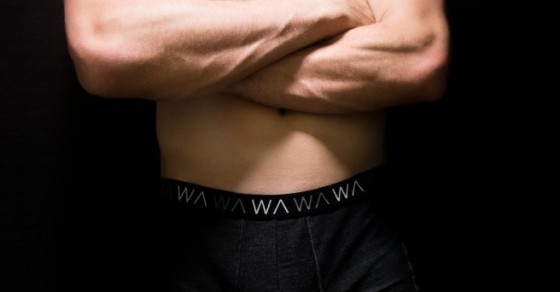 Do You Really Need High-Tech Underwear To Protect Your Sperm?
By Joshua A. Krisch

Do You Really Need High-Tech Underwear To Protect Your Sperm?

Silver-lined boxer shorts could theoretically keep your little swimmers safe from your phone's radiation; it's just not clear they need the help

“Underwear Blocks Wi-Fi and Cell Phone Radiation,” Discovery News reported earlier this week. The Daily Mirror gushed: “These ‘underpants for superheroes’ will block harmful smartphone radiation from attacking your nether regions”. And the Daily Express dared to ask: “Will YOU protect your manhood?”

The product they were discussing? Wireless Armour Boxer Shorts—underwear woven with silver to protect sperm from the effects of Wi-Fi and mobile phone radiation.

Right now, my mobile phone is sitting innocently in my pocket, aiming Wi-Fi, radiation and a host of other invisible demons at my groin. Ask serious scientists whether that’s a problem, and you’ll likely get a non-committal shrug. Although some preliminary studies have shown that keeping your cell phone in your pocket can decrease sperm quality, experts are quick to point out that those studies either took place in a Petri dish or failed to account for any number of outside factors, including the well-documented fact that sperm count naturally fluctuates. For an ideal study, scientists would have to take several sperm samples from a group of men, isolate them from any outside exposures except their mobile phones, and then take new samples.

“What we need are some properly designed epidemiological studies,” Dr. Allan Pacey of the University of Sheffield once told the BBC. “Until that time, I will be continuing to keep my iPhone in my right-hand trouser pocket!”

But ask Joseph Perkins, the entrepreneur behind Wireless Armour Boxer Shorts, and you’ll likely hear that your very fertility is at stake. Perkins first began warning tech-dependent men about their waning virility with an Indiegogo campaign that was fairly successful. Since then, Perkins has been trying to sell boxer shorts lined with silver Faraday cages that block radiation, because “with my physics background I knew there must be a way to shield from electromagnetic radiation using a simple solution,” he told the Daily Mail.

Now, Perkins’ new website is pulling in customers with pitches like: “Why wear anything else? Staying safe from radiation doesn’t mean giving up on great looking, comfortable underwear.”

In theory, Faraday cage underwear probably would deflect radiation aimed at your groin. But do you really need that? Dr. Andrew Kramer, a urologist at the University of Maryland Medical Center told Live Science that he was “not convinced” a 2014 semen-radiation study that has since been widely cited by the media “is good science.”

“This is more of them playing off a captive audience,” Kramer said. “Men are going to pay attention to news about sperm because it’s something they obviously care about.”