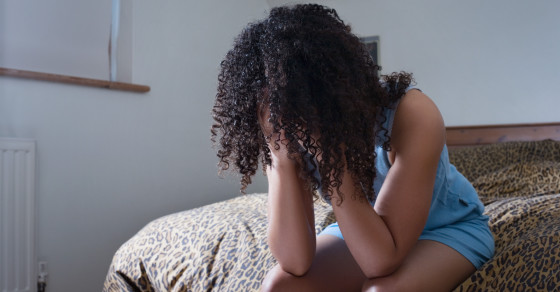 Study: Women Often Blame Themselves For Rape
By Tracy Clark-Flory

College women tend to direct blame inward instead of blaming their rapists, according to new research

Given a new wave of activism against rape on college campuses across the U.S., it might seem that young women place blame for sexual assault where it belongs: On rapists. But strikingly, that’s not the case, research indicates.

A study out of George Washington University based on surveys with 129 female college students who survived rape found that the majority of the women—a whopping 62 percent—assigned fault to themselves for being sexually assaulted. An even larger percentage, 65.9 percent, pointed the finger at society, while nearly a quarter thought the “situation” was either significantly or completely responsible.

Startlingly, more than half of survey respondents said their rapist was “not at all” to blame, while a mere 7 percent said he was “quite a bit” at fault. No one—an astonishing zero percent—thought the guy was “totally” to blame.

In other words, the women most often blamed themselves for being raped—and blamed their rapists the least.

A few factors are associated with the misplaced blame. According to the study, women were more likely to direct fault inward if they were unclear about whether or not they refused sex, or believed there were higher levels of inebriation at play. The rape survivors were more likely to blame their assaulter in cases when there was greater physical harm, and when the survivor was incapacitated at the time of assault.

The findings diverge from previous research, particularly from studies conducted in the late ’90s and early 2000s that found the opposite—that  women blame perpetrators more than themselves. It’s possible that the shift is a result of this study’s particular design, although it could be that young women’s responses to rape have actually changed.

As the study puts it: “These findings indicate a significant departure from previous studies in how college women attribute blame for experiences of sexual assault and merit further study to determine whether trends in attributions of blame have indeed shifted.”

Editor’s note: This article has been updated to reflect that the study was conducted at George Washington University, not the University of Texas at Austin.