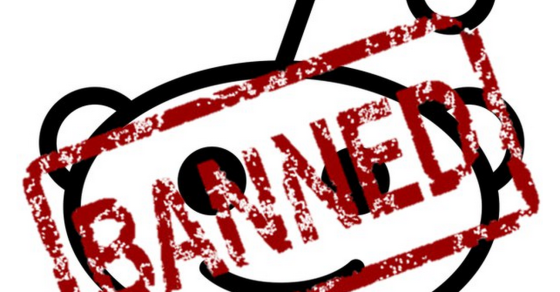 The Story Behind Russia’s Reddit Shutdown
By Sarah Kaufman

Russia earlier this week threatened to shut down Reddit over a post that offered instructions on growing psychedelic mushrooms, and on Thursday, the government said it carried out its threat.

The media watchdog Roskomnadzor released an announcement Thursday morning on its official VKontakte page saying it had banned Reddit in Russia, though some users said they could still access the site. It appeared to depend on which Internet provider they were using.

A few hours after the government announcement, a thread popped up on Reddit by the person who claimed to be behind the post that led to the ban. The person, under the username rsocfan, created a thread Thursday morning called “TIFU [Today I Fucked Up] by getting Reddit banned in Russia.” He included a link to his original post, called “Minimum and reliable method of growing psilocybe”. He wrote the post two years ago in order to test how Roskomnadzor would react. It’s a simple tutorial on how to grow shrooms.

According to rsocfan, Roskomnadzor sent him an official statement in May of 2013 that they were going to block his illegal content, but they didn’t end up actually blocking it. It wasn’t until August 10, 2015 that Roskomnadzor posted a warning to their VKontakte page that they would block Reddit if a certain unnamed drug tutorial was not removed.

The Roskomnadzor warning to rsocfan in 2013 that they would block his post:

Translation: “We thank you for your active civil position, at the same time we inform you that the Government of the Russian Federation’s federal organ of power confirmed the spread of illegal content, in connection with which access to this information has been blocked.”

The government’s VKontakte announcement that it had banned Reddit in Russia:

“Will I remove this post? No,” rsocfan wrote in his TIFU post Thursday. “I also think that Reddit administration needs to do nothing. This is important issue on freedom of speech, and only RKN (Roskomnadzor) want to violate it.”

Reddit recently transferred to a secure system of “HTTPS,” meaning if one thread is blocked, the entire site will be blocked on many Russian Internet providers. Many Russian users commented on a supposed farewell thread on Reddit that they could still access everything on Reddit except the specific thread, and if they were suddenly blocked from the whole site, they would use a virtual private network.

Rsocfan’s tutorial is the poster child for what’s known as the Streisand effect, where a person who wants to hide something (in this case Roskomnadzor) actually ends up calling more attention to it by trying to hide it. The tutorial had only received one upvote and one comment before it became the culprit for Russia banning Reddit.