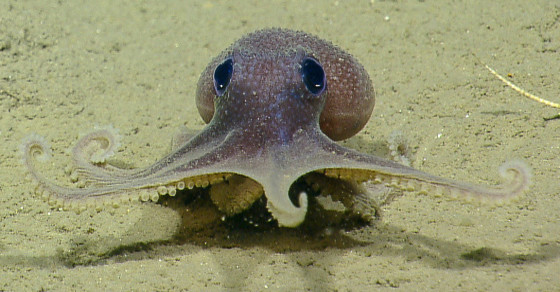 Scientists Have Sequenced The First Octopus Genome
By Joshua A. Krisch 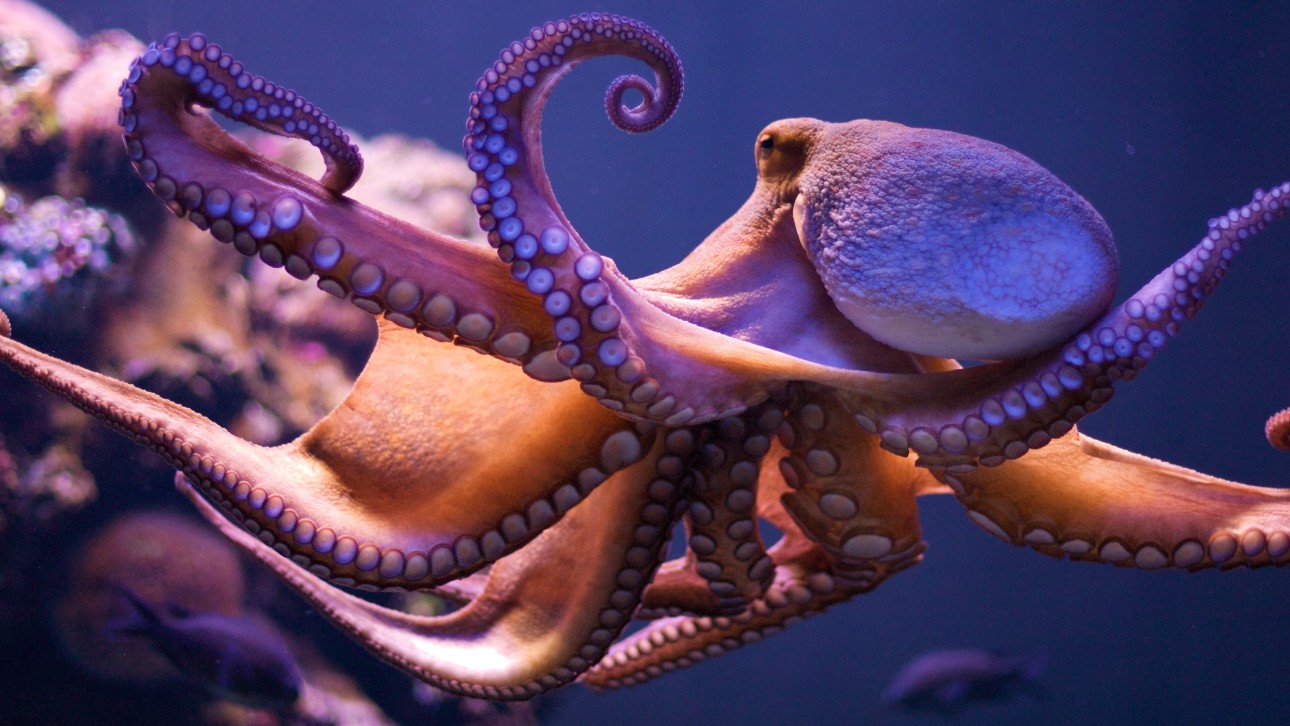 The first octopus genome is now fully sequenced, according to a new study in Nature. Scientists stitched together the complex genome of the California two-spot octopus, and analyzed 12 different tissues in search of the genes that allow these unique cephalopods to change skin color and control eight arms independently. The findings may help explain how an ancient, ocean-dwelling invertebrate evolved into one of the most intelligent species on the planet.

“The octopus appears to be utterly different from all other animals, even other molluscs, with its eight prehensile arms, its large brain and its clever problem-solving capabilities,” said Clifton Ragsdale, a neurobiologist at the University of Chicago and coauthor on the study, in a prepared statement. “The late British zoologist Martin Wells said the octopus is an alien. In this sense, then, our paper describes the first sequenced genome from an alien.”

Aristotle was not enthusiastic about octopus intelligence. “The octopus is a stupid creature,” he wrote, “for it will approach a man’s hand if it be lowered in the water.” Nonetheless, we now know that octopuses are the most intelligent invertebrates on the planet—as demonstrated by real science as well as viral videos of whip-smart cephalopods escaping from jars. Since cephalopods have been around for at least 500 million years, scientist suspect that “they were the first intelligent beings on the planet,” said Sydney Brenner, Nobel Laureate and coauthor on the study, in a prepared statement.

But until now, we simply didn’t know much about octopus intelligence. Scientists already knew that they had enormous brains and way too many neurons, but nowadays experts agree that you don’t really know an organism until you’ve sequenced its genome. And it turns out that octopuses have weird genomes. The 2.7 billion base-pairs that make up the octopus genome look a lot like that of other invertebrates—except, mixed up.

“The octopus basically has a normal invertebrate genome that’s just been completely rearranged, like it’s been put into a blender and mixed,” said Caroline Albertin, a graduate student at the University of Chicago and coauthor on the study, in a prepared statement.

The octopus also has an abnormal number of genes controlling neuron development and interactions between neurons—processes likely associated with learning and intelligence. The octopus genome contains 168 of these special genes, known as protocadherins, twice the amount found in most mammals. Researchers suspect that the extra genes help bridge gaps between neurons, allowing octopuses to make better use of their complex, but limited nervous systems.

Taken together, scientists may be on the verge of finally understanding how a 500 million-year-old marine organism that lacks basic bone structure consistently ranks higher than most mammals when it comes to brain size, neuron count and learning ability. Perhaps with a little more time (and a little more science) we’ll eventually figure out that age old question—are you really smarter than an octopus?