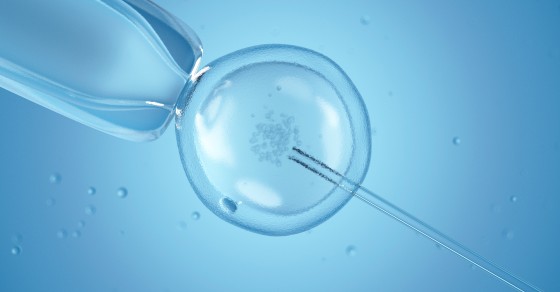 The Stats Behind Egg Freezing And IVF Are Not Good
By Joshua A. Krisch

The Stats Behind Egg Freezing And IVF Are Not Good

Freezing healthy eggs was never meant to be a fertility lay-away. Get 'em while they're hot

Even as Google and Apple promise employees egg-freezing privileges, the statistics behind in-vitro fertilization remain sobering. 75 percent of IVF attempts fail. Only 2 to 12 percent of eggs are viable after being frozen. And now, a new study published in JAMA suggests recipients of frozen eggs have significantly lower live birth rates than those using fresh eggs.

The multi-billion dollar industry’s marketing techniques have given rise to egg-freezing parties, where women convince each other over cocktails that the statistics and side-effects are exaggerated, but the findings are the latest to question modern IVF practices. After being poked, prodded and fed nausea-inducing hormones, women who donate their eggs often complain of maltreatment and neglect. Other women say the process can be so physically and emotionally agonizing that it impacts their mental health.

And that’s just for fresh eggs. When it comes to frozen eggs, the science suggests it seldom works. When physicians declared egg freezing “no longer experimental” in 2012, that exception was just for women with cancer or other serious conditions that could threaten their ability to bear children. And with good reason—even when young, fertile women freeze their eggs, success rates are dismal. Neither the American College of Obstetricians and Gynecologists nor the American Society for Reproductive Medicine endorse egg freezing to defer getting pregnant.

Despite the media frenzy, the point of IVF was never to liberate the professional woman by putting her eggs on ice (incidentally, a better way to liberate professional women would be to mandate generous paid family leave). But that’s exactly what happened. Women tend to freeze their eggs around age 37, and at least two-thirds of all egg freezing procedures are elective—meaning most egg freezers are, for lack of a better term, operating off-label, since physicians only recommend it when medically necessary.

This study, then, is less surprising. Researchers found that live birth rates were roughly 56 percent with fresh eggs, as opposed to 47 percent for frozen eggs. That 11 percent difference may not seem like much, but when your chances of getting pregnant from IVF are at most 20-35 percent per cycle, 11 percent matters. It should serve not as a groundbreaking scientific finding (even the authors caution that their results are preliminary) but as yet another wakeup call for healthy women who are considering pushing off pregnancy because of misplaced trust in IVF, a system that simply wasn’t designed for them.

Unfortunately, the science just isn’t there yet.