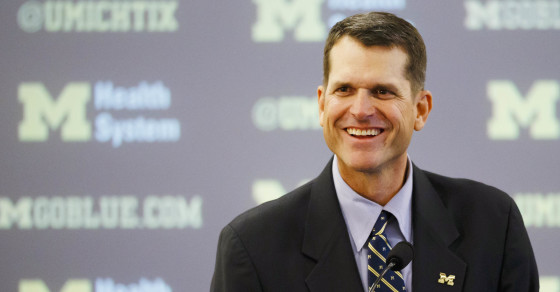 The Five Types Of Football Coaches You Meet On Twitter

In studying Harbaugh's Twitter account as well as those of other football coaches, we noticed a few tweeting trends among these men who have mastered the gridiron. 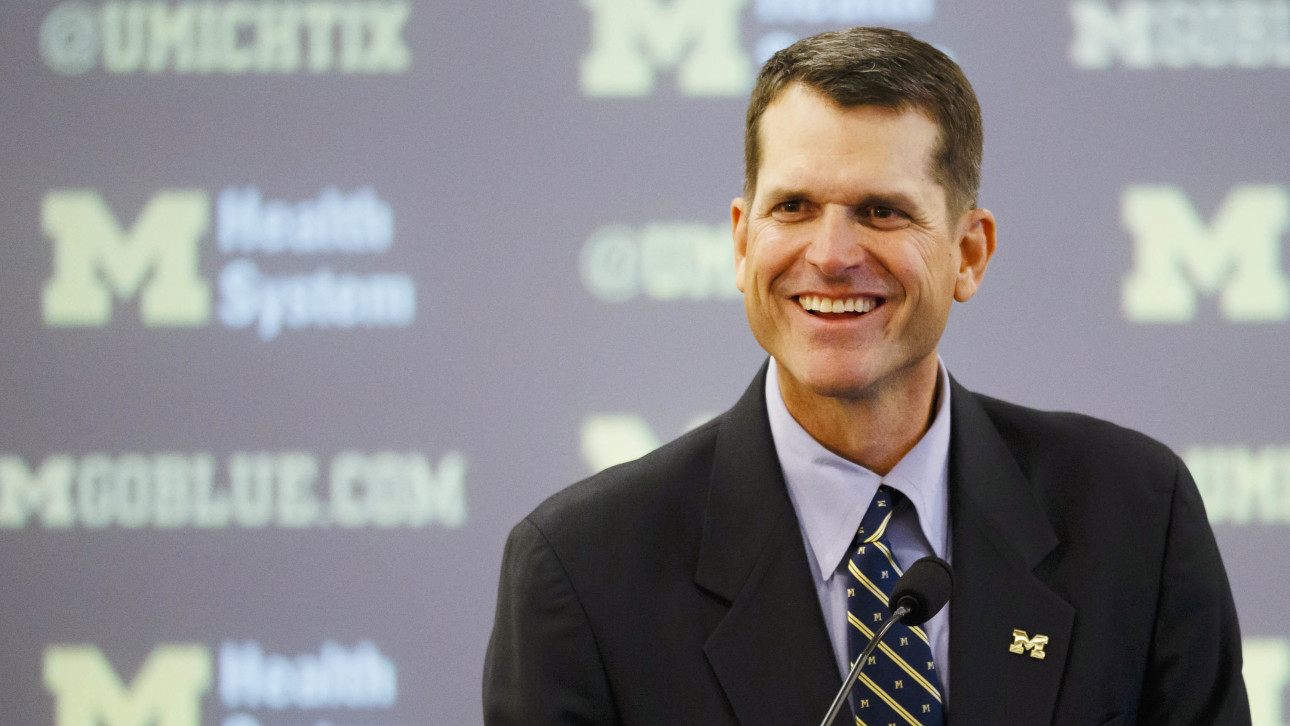 Of all the off-season college-football storylines, few have garnered as much attention as Coach Jim Harbaugh returning to his alma mater, the University of Michigan. The former NFL quarterback is back to save the beleaguered Wolverines, who have failed to reach a bowl game in three long years.

And, of course, that multi-month storyline is all leading up to Harbaugh’s debut on the first Thursday of the 2015 season, as Michigan goes on the road to play sack-happy Utah, which beat Michigan in Ann Arbor last year.

In studying Harbaugh’s Twitter account as well as those of other football coaches, we noticed a few tweeting trends among these men who have mastered the gridiron. And so while we continue to gather data on other (admittedly more important) aspects of the upcoming college football season, we’re taking a pause to briefly note the five types of coaches you’ll find on the tweet machine.

Oh, and also: since you can’t measure football coaches without also measuring how much they earn, we’ve graphed the top-20 paid coaches by their total salary and Twitter followers. As you may imagine, higher salaries (and by implication, bigger programs) don’t correlate with more Twitter followers … unless you’re Jim Harbaugh.

The Passionate Retweeters
Bob Stoops (Oklahoma), Gary Patterson (Texas Christian), James Franklin (Penn State)
Basically, these guys are tweet bots. But hey, Stoops, the winningest coach in Oklahoma history, didn’t get that way by doling out wisdom at 140 characters a time. Regardless, these tweets and their occasional use of “2” and “u” is ever-so-slightly evocative of texting with your dad.

The Hashtaggers
Art Briles (Baylor), Bret Bielema (Arkansas), Charlie Strong (Texas), Gary Pinkel (Missouri)
The team slogan hashtag, admittedly, is a staple of any sports tweeter. It’s an important flag to rally your followers around. Three of the four coaches in this category use the hashtag judiciously and appropriately. But one of the coaches in this category, whose name rhymes with Blart Aisles, takes hashtagging to a whole ‘nother level, and that level includes Drake. Indeed, Art Briles tweets as if he were the hype man for the very concept of Millenial hashtagging: #backtoback! #YB! #LetsEat! #IHearYouDrake!

The Renaissance Men
Kevin Sumlin (Texas A&M), Steve Spurrier (South Carolina), Rich Rodriguez (Arizona), Les Miles (Louisiana State)
Broadly speaking, college football coaches are the politicians of collegiate sports. They’re responsible not only for winning games, but for bringing in a tremendous amount of money to the university itself. So it’s no surprise when their social media accounts are inoffensive and entirely focused on their job of winning hearts and minds. But not these guys. Not Coach Sumlin, who tweets about MMA, and not Coach Spurrier, who’s just as likely to tweet about golf, and not Coach Rodriguez, who seemingly follows every sport in the nation.