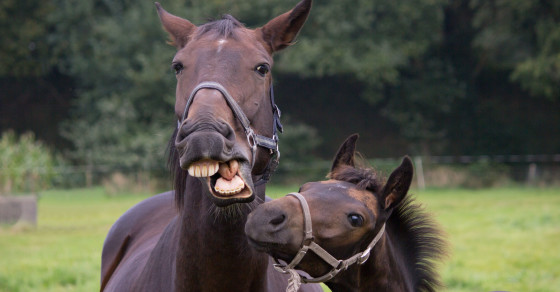 Can Horses Smile?
By Joshua A. Krisch 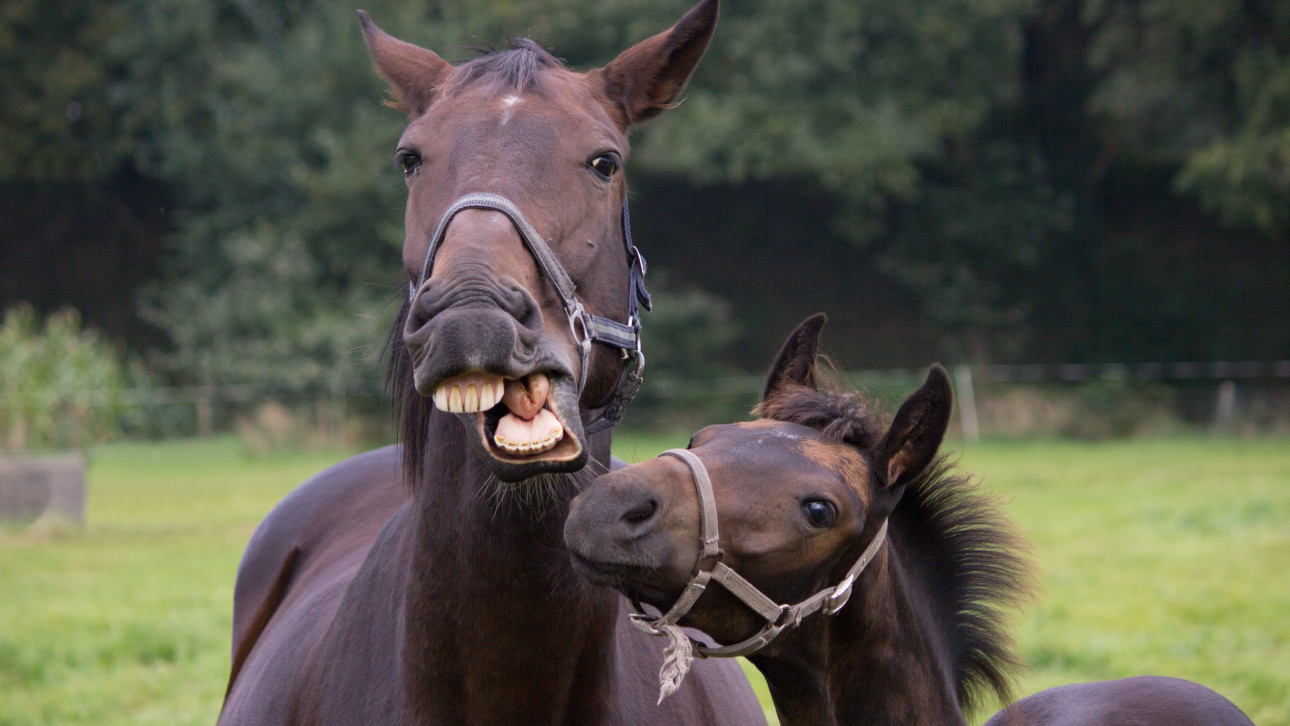 Horses are fast learners, have impressive memories and occasionally manage to unlock their own stables. Now, scientists say horses are also capable of complex facial movements—expressions on par with those of humans and other primates. The findings are published in the journal PLoS.

Scientists don’t know much about horse faces. Prior studies have shown that horses likely grimace when they are in pain, and nod their heads happily when enjoying a good meal. But this study is the first to document all equine facial expressions with the Facial Action Coding System, or FACS. Researchers have used FACS (which indexes facial muscles) to catalogue expressions in humans, macaques and dogs, but a definitive horse FACS remained elusive. Until now.

For the study, researchers analyzed video footage of every possible expression that a horse could make—from innocuous flicks of their ears to (frankly impolite) snorts and sneers. After examining the muscles behind these movements, the researchers assigned a facial action code to each expression. Ultimately the scientists identified 17 individual equine facial expressions. As classified by FACS, humans have 27 facial expressions (take that, horses). Meanwhile, dogs have only 16 facial expressions; chimpanzees, 13.

And, while the study (not surprisingly) showed that we don’t quite move our ears like noble steeds, specific tongue, jaw and lip movements tend to involve roughly the same facial muscles, whether you’re a human or a horse. In fact, the expressions known as “jaw thrust”, “lip pucker”, “chin raiser” and “nostril dilator” actually involve the same FACS code and facial muscles in humans and horses. Equine “upper lip curls”, “mouth stretches” and “jaw drops” are also remarkably similar to the equivalent human expressions.

It is important to note that this was not a study of horse emotions, but of horse facial expressions. We still don’t know if “jaw drops” indicate utter shock, as they do in humans, or something else entirely. But now that researchers have cracked the code behind horse facial expressions, that sort of science is possible. And defining horse emotions by an equine “smile” or “frown” wouldn’t just be awesome—it would also help animal welfare specialists take better care of an animal that we interact with often, but still know relatively little about.

“We can now document the facial movements associated with different social and emotional contexts and thus gain insights into how horses are actually experiencing their social world,” said Karen McComb, an animal behaviorist at the University of Sussex in England and coauthor on the study, in a prepared statement. “The findings should ultimately provide important information for veterinary and animal welfare practices.”