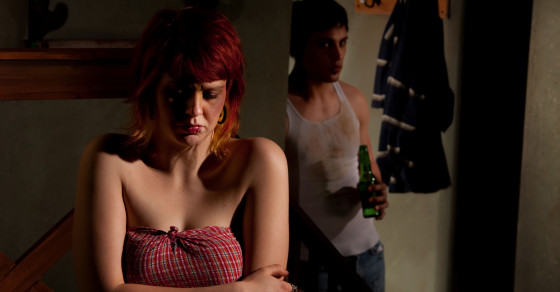 Hospitals Have No Idea How To Prevent Partner Violence
By Joshua A. Krisch

Hospitals Have No Idea How To Prevent Partner Violence

Nearly 1 in 10 women in the United States have been raped by an intimate partner, and 25 percent have endured severe physical violence at the hands of their significant others—and hospitals have no clue how to stop it.

Two studies published on Tuesday suggest that screening women for signs of abuse does not work, and that the various strategies employed by physicians (including motivational discussions and providing resource sheets) do not prevent partner violence.

Back in 2012, researchers recruited 2,700 women and broke them into three groups. They screened the first group for signs of partner violence by asking: “Have you been hit, kicked, punched, or otherwise hurt by someone within the past year?”, “Do you feel safe in your current relationship?” and “Is there a partner from a previous relationship who is making you feel unsafe now?”. The second group received only lists of phone numbers to call if they felt unsafe. The third group received no intervention at all.

None of it made a difference. After three years, each group had pretty much the same number of hospitalizations and emergency room visits. The researchers concluded: “our data do not support providing a partner violence resource list with or without computerized screening.” Translation: lists and screenings don’t work.

In a separate study, researchers recruited 600 recent victims of partner violence who had also exceeded safe drinking limits (prior studies have shown a strong connection between intimate partner violence and heavy drinking). Half of the women sat through a 20-minute motivational intervention with a professional therapist. The other half received no intervention.

Again—none of it mattered. Twelve weeks later, both groups ended up with roughly equal incidence of both heavy drinking and physical abuse. The researchers concluded: “these findings do not support a brief motivational intervention in this setting.” Translation: therapists don’t work, either.

The fact that hospitals and healthcare providers do not have any reliable way to prevent partner violence is a serious problem. The World Health Organization notes that, “only 34 studies have attempted to evaluate interventions related to partner abuse.” Most of those studies examined legal or criminal interventions, such as establishing all-women police stations, formally criminalizing partner abuse and issuing more restraining orders. But the data suggests that abused women are more likely to go to the hospital than the police station, where effective, interventions do not exist.