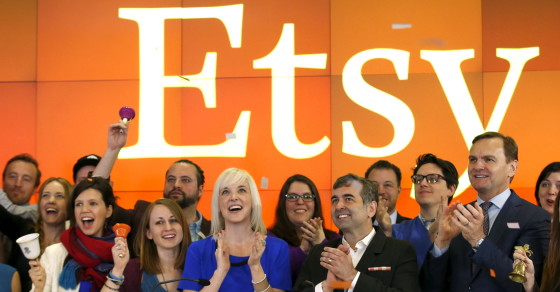 Compared to small business owners, Etsy entrepreneurs are more likely to be women, college-educated and younger than 35, a recently-released survey by Etsy of more than 4,000 of its store owners found.

They’re also less likely to rely on product sales to support themselves. Most who sell on the site, which gives anyone a chance to sell pretty much anything that doesn’t violate FDA rules and regulations, have other jobs, the report said.

Still, the sales are critical for many: 44 percent of Etsy sellers said they use their Etsy profits to pay for household expenses. Further, 17 percent said they put their store profits toward their rent or mortgage payments. Among the 17 percent of Etsy sellers who earn less than $25,000 a year, the supplemental income from their Etsy store is vital, the Etsy report said.

The Etsy report emphasized that shops on the website have low overhead and low risk, which can target specific populations that might not be willing to take the risk or ask for a loan to start a business. And with new businesses come new voices, and new opportunities for niche products to go viral.