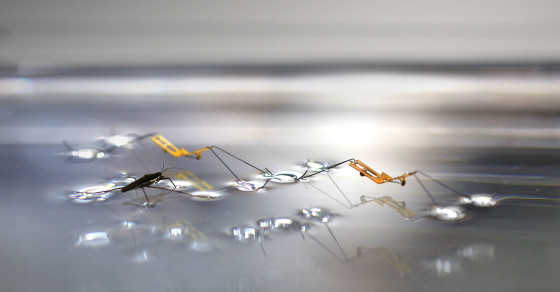 Scientists Created A Robot That Can Walk On Water
By Joshua A. Krisch

Scientists Created A Robot That Can Walk On Water

Jesus walked on water, but this robot can jump too 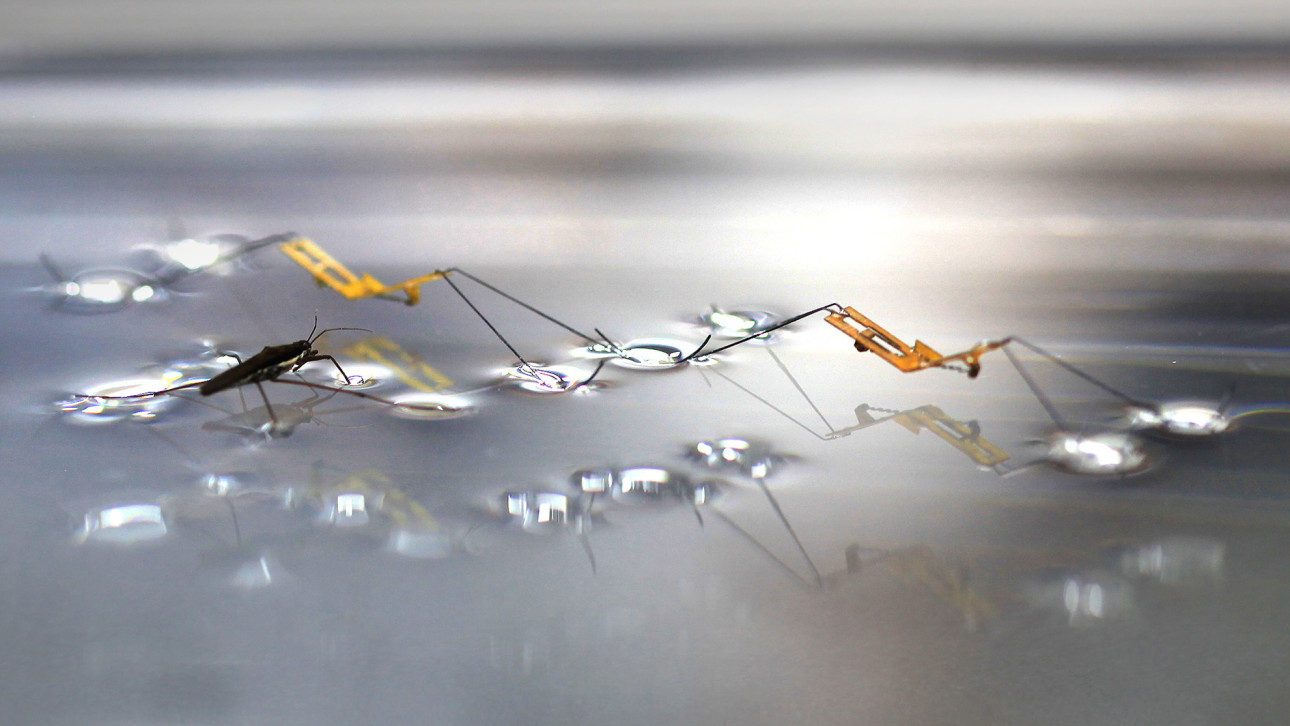 Robots can now jump on water, according to a new study published in the journal Science. Researchers created the lightweight, leaping robot after studying how pond-skimmer insects push off the water’s surface without sinking. The robot doesn’t have any real, practical applications right now, but will contribute the growing field of soft robotics, which takes its inspiration from flexible organisms like starfish and octopus.

More This Soft-Bodied Robot Can Jump Like A Frog
​

It isn’t difficult to make robots jump. Spring-bots do it. Robo-Cheetas do it. Even educated Robo-Fleas do it. But building a robot that can jump on the surface of the water is far more complicated. In general, you can’t jump without first pushing off of a surface. When that surface is water, pushing off usually means pushing down—or sinking fast. You can see the problem, here.

Certain insects, such as water-striders, have evolved mechanisms to pull it off. In order to better understand how water-striders jump without sinking, researchers filmed water-striders with high-speed cameras, and then carefully studied their movements. They noticed that water-striders sweep their legs inward so that they spend more time in contact with the water’s surface, but that the legs also accelerate gradually so that the insects don’t lose contact with the water until it’s time to jump. Further calculations revealed that the maximum force of the water-strider’s legs just barely skirts the edge of the water’s surface tension—precisely the right amount of force to jump without sinking.

Inspired by the water-striders, scientists designed a tiny, lightweight robotic insect that gradually applies torque to prepare for a launch, but never exceeds the water’s surface tension. The result is a jumping robot that can perform as well on land as it can on the surface of the water—a simple machine that gives nature’s own creations a run (or a jump) for its money.