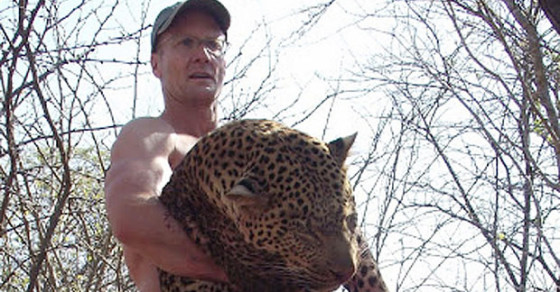 Hunters and Pro-Lifers Stand Up For Cecil’s Killer

The Minnesota dentist who killed Cecil the lion has received death threats, but he also has plenty of defenders on social media

Once the identity of Cecil the lion’s killer became public, social media erupted with attacks and death threats aimed at the Minnesota dentist who pulled the trigger. But some hunters and pro-lifers are defending him and denouncing his assailants.

Some even celebrated the kill or said it benefited the animals and local communities.

Many believe the anger should be targeted at pro-choicers instead of Palmer.

#WalterPalmer you have no reason to apologize. Your complainers care more about a lion than babies being killed by #PlannedParenthood.

If only celebrities would get this upset about killing innocent human babies and selling their body parts. https://t.co/4Ql0WKhdkF

.@DLoesch: “I wish there was as much outrage over the #PlannedParenthood stuff as there is over [#CecilTheLion].” pic.twitter.com/jqk9DMAbqZ

And some just don’t see what the big deal is.

@rickygervais it's just a lion. #JusticeForPalmer

Fuck the lions, MAN is king of the beasts. #FreeWalterPalmer