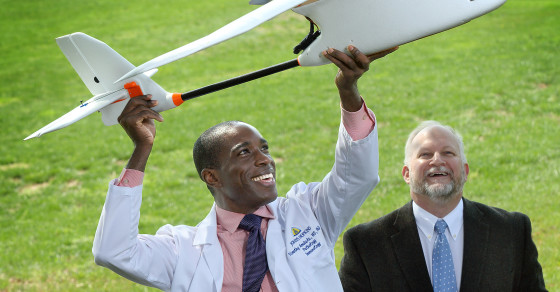 In theory, medical drones are awesome. In practice, it isn't easy to transport blood without ruining it en route 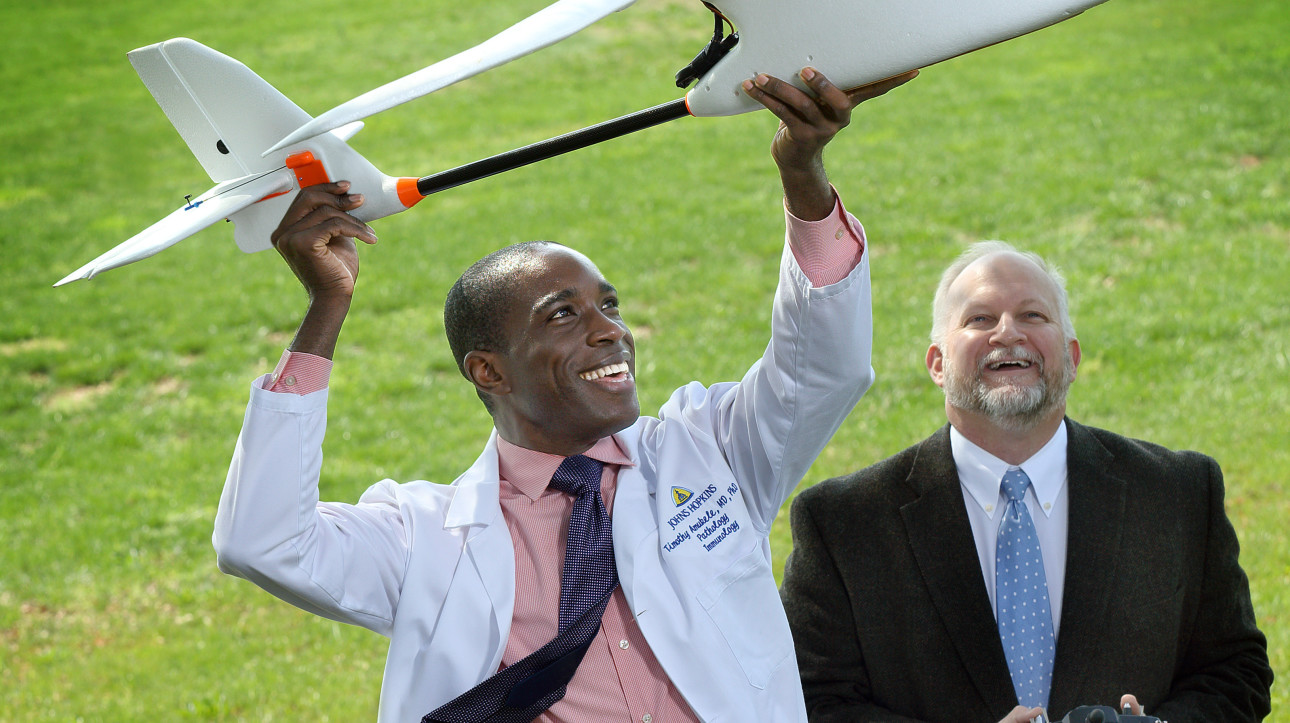 Test show that drone transport is the funnest way to transport blood. — Keith Weller
By Joshua A. Krisch
Jul 29, 2015 at 1:56 PM ET

Your blood can now be safely flown back and forth from the lab in medical drones, according to a new study published in PLoS. Through a series of 40-minute test flights in a fixed-wing drone, researchers demonstrated that fragile blood samples remained safe—despite bumpy, unpredictable takeoffs and landings.

“Biological samples can be very sensitive and fragile,” said Timothy Amukele, a pathologist at Johns Hopkins University School of Medicine and coauthor on the study, in a prepared statement. “Such movements could have destroyed blood cells or prompted blood to coagulate, and I thought all kinds of blood tests might be affected, but our study shows they weren’t.”

Medical drones are nothing new. In mid-July, the first FAA-approved medical drone dropped off medicine in rural Virginia. Scientists have designed drones that could deliver emergency cardiac care to heart attack victims in remote areas, and tiny rotorcraft that could drop supplies in disaster relief missions.

Until now, one of the most pressing problems facing the nascent medical drone industry was whether or not human tissue—blood donations, lab tests, donated organs—could survive bumpy rides in a tiny, unmanned aircraft. For the study, scientists ran lab tests on two sets of blood samples. Despite the fact that some samples had been flown in a drone and others had been transported by car, both sets remained intact and yielded the same laboratory results.

The results of these preliminary flight tests are promising—especially for the millions of people who live in rural or underserved areas. With rapid drone delivery, diagnostic laboratory test results could be in the hands of healthcare workers in record time. “A drone could go 100 kilometers in 40 minutes,” Amukele said in a prepared statement. “They’re less expensive than motorcycles and are not subject to traffic delays.”

But they do crash. A lot: