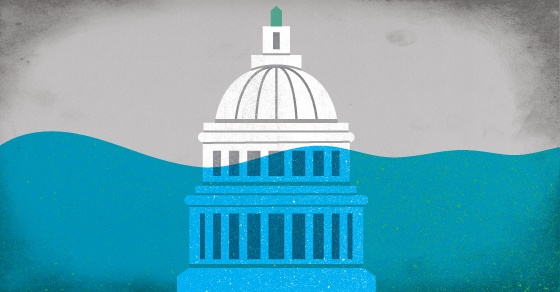 Washington D.C. Is Sinking
By Joshua A. Krisch

By 2100, Washington D.C. will sink at least six inches into the Chesapeake Bay. And it's not even our fault. 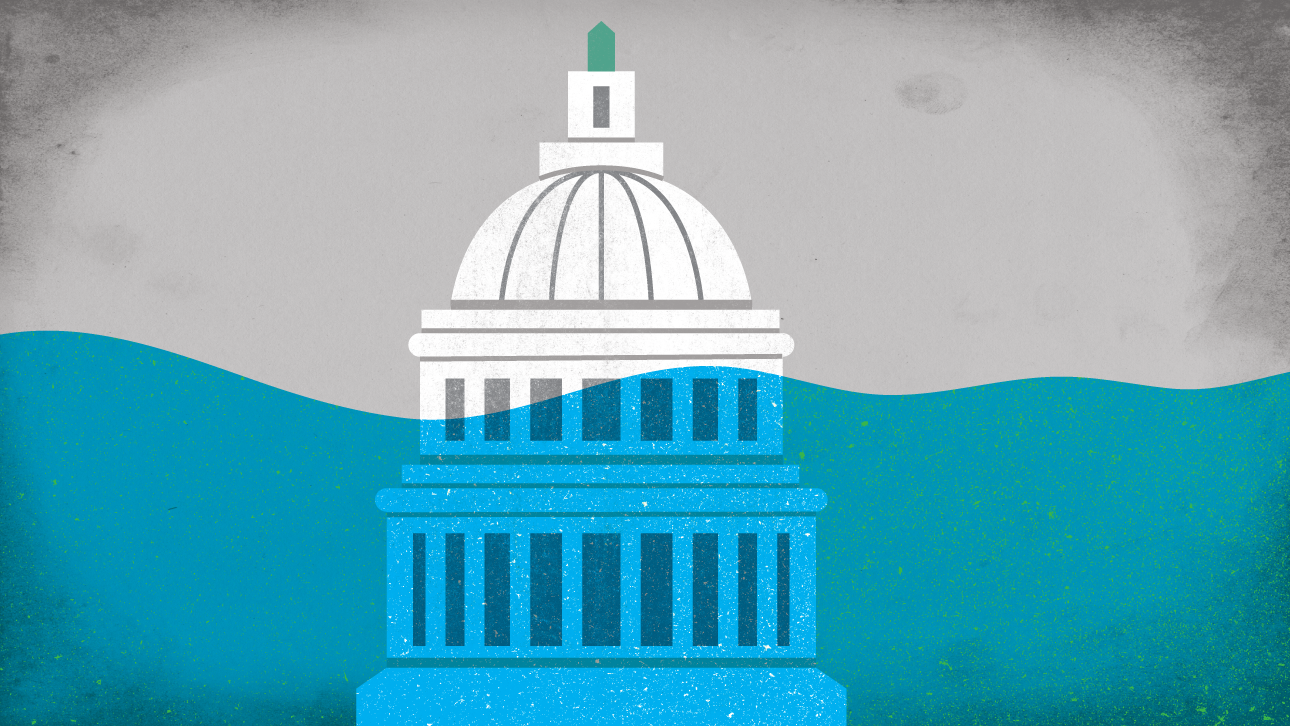 Washington D.C. is sinking into the Chesapeake Bay at an alarming rate—more than twice as rapidly as the rest of the East Coast is sinking into the Atlantic—according to a new study published in GSA Today. Scientists say this particular environmental issue isn’t due to climate change or land use. But if our nation’s capital sinks even half a foot by 2100, we can expect drastic increases in flooding and natural disasters.

For once, the impending catastrophe doesn’t seem to be our fault. The D.C. region has actually been sinking into the Chesapeake Bay for roughly 20,000 years, due to a geologic phenomenon known as “forebulge collapse”.

More Bumblebees Are Dying Out Thanks To Climate Change
​

Roughly 1.8 million years ago, an enormous ice sheet pressed down on Earth’s mantle, effectively squishing the land under Long Island, NY and causing the Chesapeake region to buckle upward. Now, as that ice sheet melts, the Chesapeake is sinking back to where it was before the Ice Age (and before we decided to place our seat of government in an ancient hole in the ground).

“It’s a bit like sitting on one side of a water bed filled with very thick honey, then the other side goes up.” said Ben DeJong, geologist and coauthor on the study, in a prepared statement. “But when you stand, the bulge comes down again.”

But now scientists know just how long we can expect that Ice Age recovery to take. As the Chesapeake Bay sinks back to pre-Ice Age levels, the researchers say, the water surrounding D.C. will rise at least six inches by 2100.

This is not good. Even in a vacuum, six inches of extra water can be the difference between minor flooding and thousands losing their homes. But forebulge collapse isn’t the only threat facing East Coast sea levels. By 2100, scientists have been expecting an additional six inches of the Atlantic sea level to rise, anyway, for reasons that are still unclear. Meanwhile, global sea levels are expected to rise at least three feet due to climate change and several more inches due to the melting West Antarctic Ice Sheet.

The researchers calculated water level rise (or storm tides) during Hurricane Isabel, and applied those figures to their Chesapeake Bay predictions. It ain’t pretty. By 2100, a relatively minor hurricane could cause a storm tide of up to 15 feet. Hurricane Sandy, which caused $65 billion in damages, had storm tides that hovered about 10 feet, even at the height of the storm.

But why wait for a hurricane? Projections suggest even a one-foot increase in sea levels would flood D.C.’s bridges, military facilities, national monuments, and mass transit system. Prior studies of The Blackwater National Wildlife Refuge found that the majority of the Chesapeake’s tidal marsh will already be underwater by 2050. The last two islands on the Chesapeake Bay that are still inhabited by humans stand barely one foot above sea level.

“It’s ironic that the nation’s capital—the place least responsive to the dangers of climate change—is sitting in one of the worst spots it could be in terms of this land subsidence,” said Paul Bierman, a geologist and coauthor on the paper, in a prepared statement.

Well, we can’t do much about the six inches that have been hanging over our heads since the last Ice Age. And we can’t exactly stop the Antarctic Ice Sheet from collapsing, either. But a large part of the problem is global sea level rise which, according to an overwhelming majority of scientists, is due to human-induced climate change.

Those last three feet of sea level rise are on us.