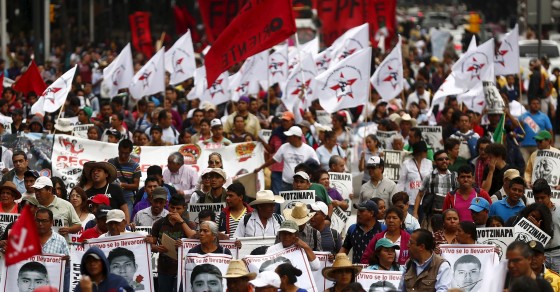 10 months after police kidnapped 43 students in Ayotzinapa, an international movement is demanding answers 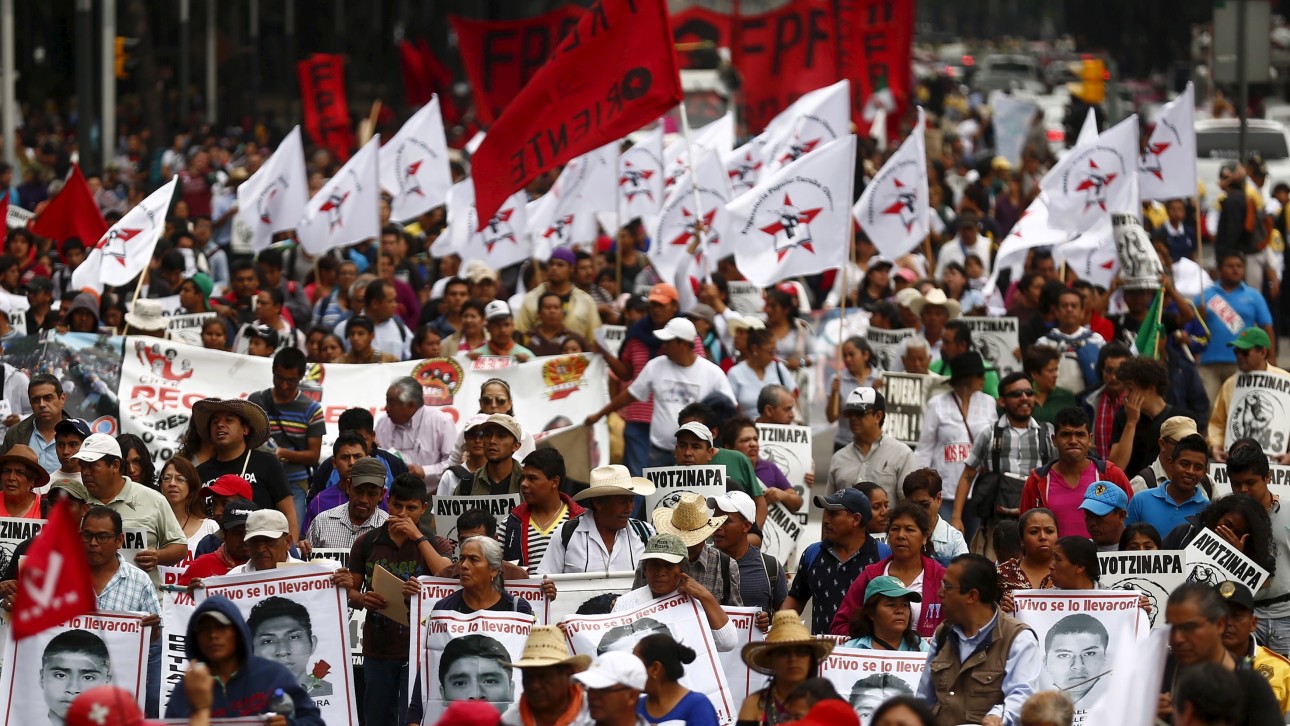 Activists in Mexico are looking abroad in a push to urge citizens at home to resist government corruption.

Over the weekend a thousand activists there protested police brutality and corruption, using hashtags like #ayotzinapa10meses and #AccionGlobalPorAyotzinapa to connect with solidarity protests worldwide. They’ve rallied around a ten-month old case: 43 university students from Ayotzinapa Rural Teacher’s College, a hotbed for grassroots social movements, went missing after they were taken by police. Prosecutors say they were later killed by a drug gang.

While 60 mass graves with more than 120 bodies have been unearthed during a subsequent search, none of the remains were connected to the missing students, according to Mexico’s attorney general’s office. Activists say it’s time for authorities to act as the numbers of disappearances across the country continue to rise. A total of 329 people disappeared in the first four months of 2015, according to Executive Secretariat of the National Public Security System (SESNSP), reported by local Mexican outlet Proceso. Across Mexico over 20,000 people are listed as missing, the Associated Press reported.

During the past 24 hours over 1,700 tweets used the hashtag #AccionGlobalPorAyotzinapa, while 21,000 tweets around the world included the hashtag #ayotzinapa10meses. Activists from Buenos Aires to Vancouver, as well as cities across Mexico, came out to show their support.

“The only positive thing about the disappearance of the 43 students is it has brought us all together,” said Mijael Jiménez, of the London Mexico Solidarity group. In the UK alone there are now at least 10 student groups cooperating to spread awareness about forced disappearances. The Facebook group for Parisian activists working for the 43 disappeared students, Mexicanos en París x Ayotzinapa, has over 1,300 active members. Immigrants in the U.S. and Latino students in Houston and San Francisco are also collaborating with activists in Mexico, organizing protests, translating and sharing reports from the ground.

“The fact that this tragedy affected rural students inspired a lot of different movements to come together, both on a national and international level,” said Jiménez. “This isn’t about 43 students. The problem is much bigger.” 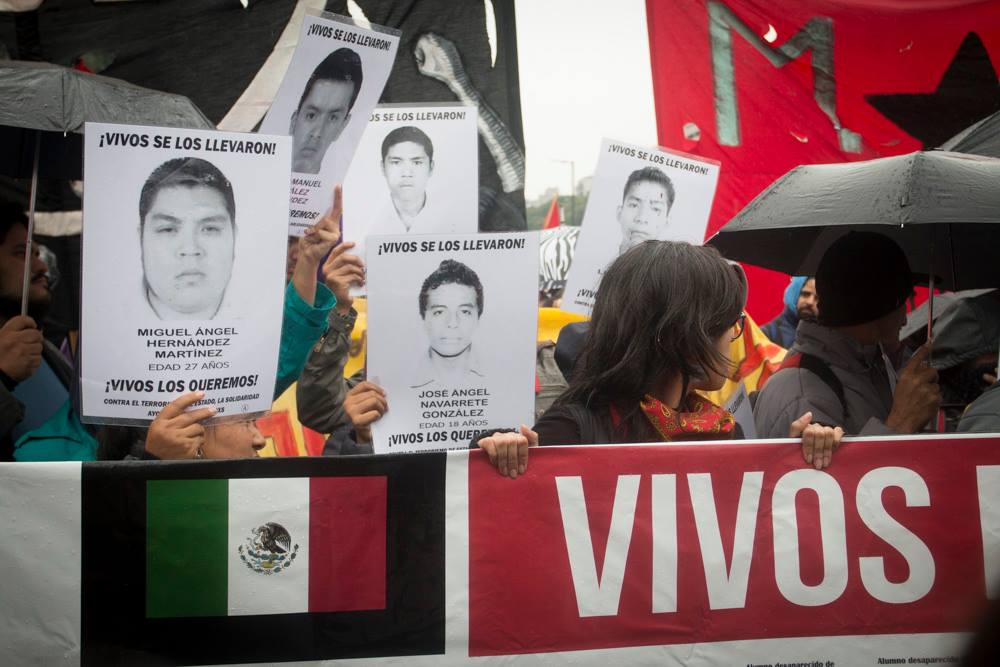 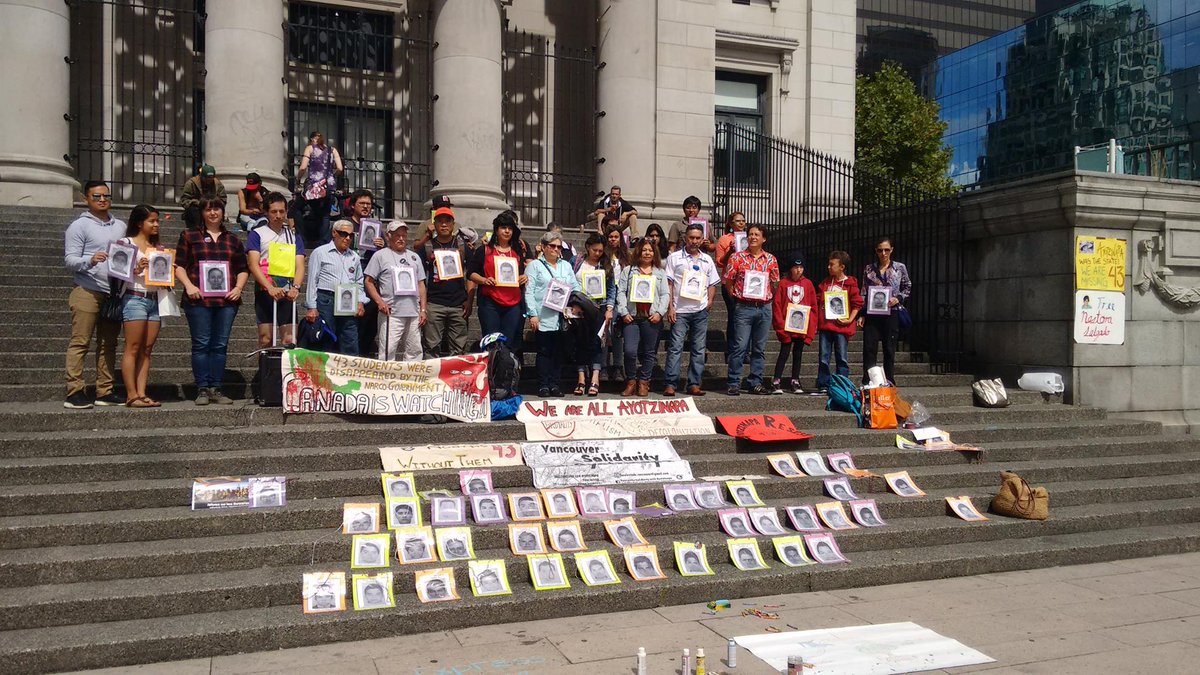 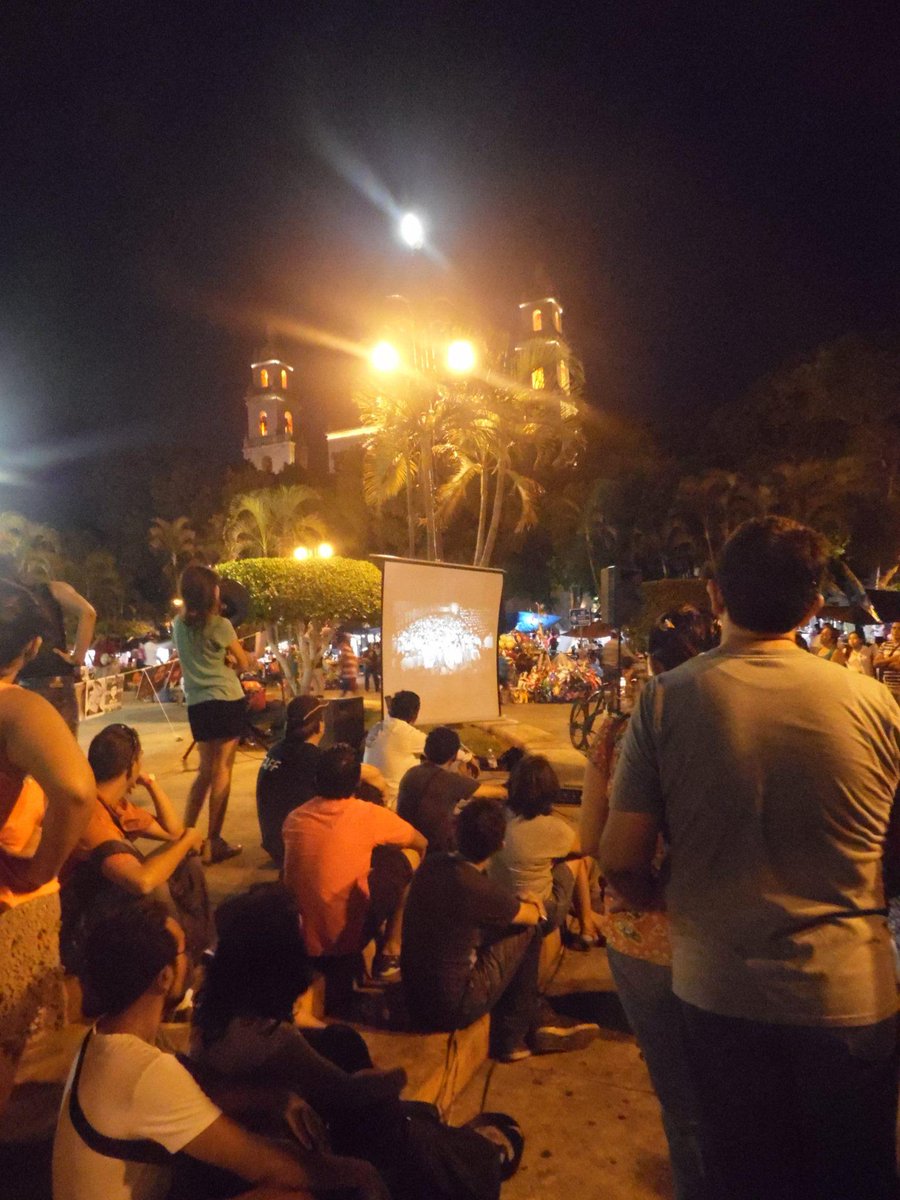 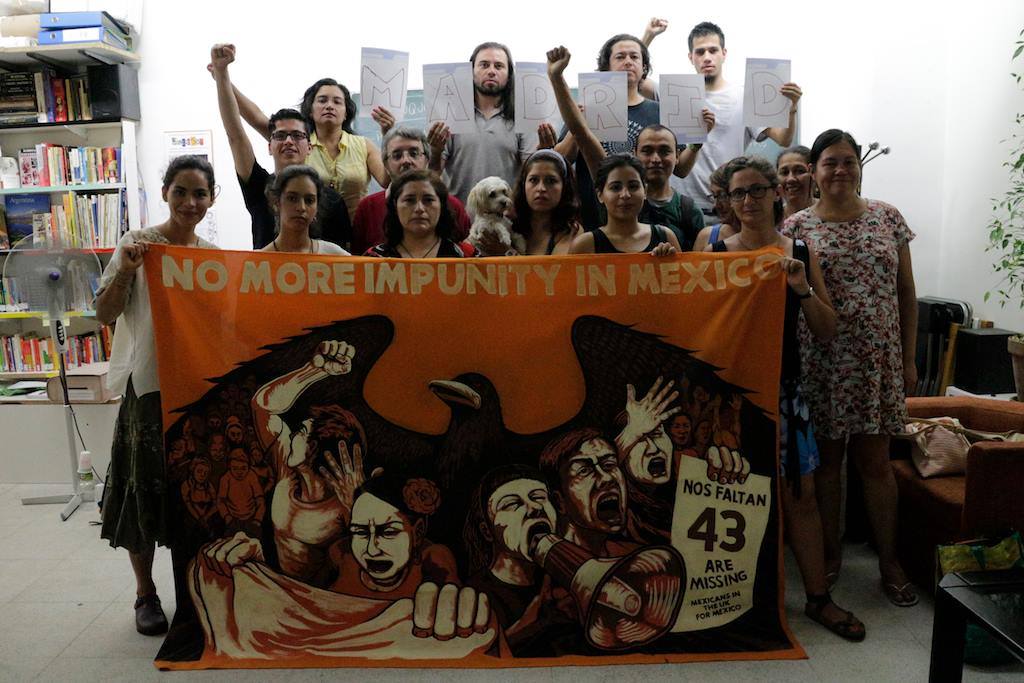