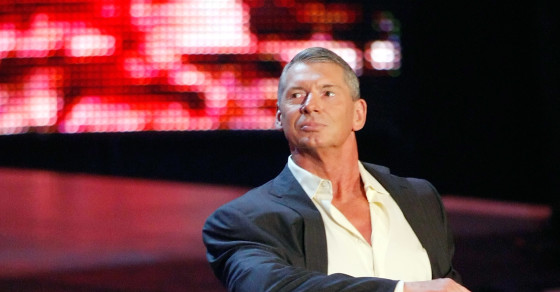 Hulk Hogan has been scrubbed from WWE site for using the n-word, but Vince McMahon said it on national television and nothing happened to him

The WWE has fired Hulk Hogan in response to reports of a recording of the wrestler spewing racist slurs, but it has said nothing about a different racist video segment involving the CEO and face of the organization, Vince McMahon.

Initial news reports said that WWE moved swiftly to scrub Hogan from the WWE site, including the Hall of Fame merchandise page, because of racist statements he made during a radio interview from October 2012 that were circulating on the Internet this week. In the video, the radio DJ Whoo Kid asked Hogan about an incident in the ’90s when wrestler Booker T called Hogan a “nigger.” But now it seems that the WWE’s move was actually prompted by a different tape that was about to leak, one in which Hogan is shouting racist slurs about his daughter because he believed she had slept with a black man, according to the National Enquirer and RadarOnline.com.

But Vince McMahon, who has his hands on virtually every area of WWE and is largely responsible for the 1980s wrestling boom and for turning the organization into a media powerhouse, has also used the racial slur while openly mocking the same black wrestler that Hogan referenced in the radio interview. The below video, from 2005, shows McMahon calling white wrestler John Cena “my nigga” in a tone emulating Booker T, before turning around and walking past Booker T. Booker T pauses in shock, then says angrily: “Tell me he didn’t just say that.”