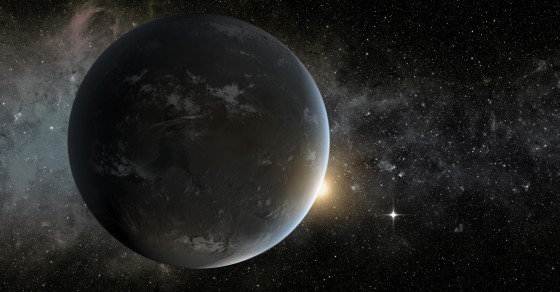 NASA’s Exoplanet Is Not That Big Of A Deal
By Joshua A. Krisch

NASA’s Exoplanet Is Not That Big Of A Deal

NASA has discovered an earth-like exoplanet in the potentially habitable "Goldilocks" zone. Again.

NASA found a new exoplanet, AGAIN. It’s earth-like, so the global excitement about the topic is understandable. The planet appears to have a rocky surface. Scientists speculate that it could have water—oceans, lakes, fjords. It’s just the right distance from the local sun to support life. And yet, it’s really not that exciting. 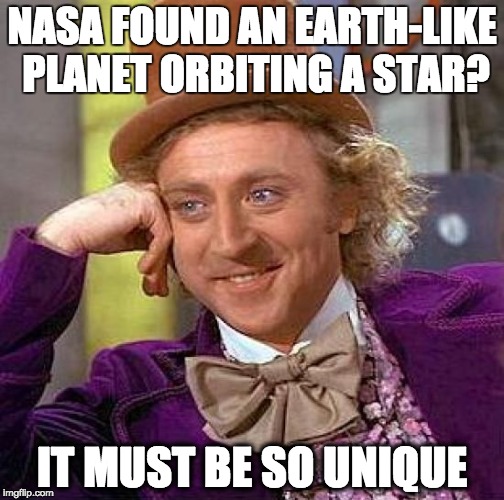 In the six years since the Kepler telescope booted up, we have discovered 1,031 planets outside of our solar system (also known as “exoplanets”). That’s roughly three new planets every week. To be fair, exoplanets in the habitable zone (or “goldilocks” zone) are a tad less common—Kepler has only discovered 306 planets close enough to a star for liquid water to theoretically exist on the surface. And finding a planet with a rocky, earth-like surface that also exists in the goldilocks zone is even rarer. To date, we have only observed 51 planets that could truly be called “earth-like”. (If you want to get super technical, Kepler has found only eight earth-sized planets in the habitable zone. But still.)

Anyway, 51 (or eight) actually represents a lot of planets. Remember, Kepler can only see about 0.28 percent of the night sky and only about 5 percent of the stars in its field of view. Given the small swatch of sky that Kepler is mining for planets, scientists estimate that as many as 30 billion earth-like planets may exist with habitable zones in the known universe.

So, I’m bored. NASA is about to announce on Thursday a planet that they say is 1 in 30 billion. Look, it’s awesome that we have a telescope that can pick up on these incredible observations, and it’s unbelievably cool how they do it—the process involves calculating how much a potential planet blocks out the light of its sun (seriously, check it out). But if you’re tuned into the science news beat, you know that one more earth-like exoplanet within the goldilocks zone is nothing to get excited about (remember this, and this and this?).

Eh, who am I kidding? I’m going to watch the live NASA press conference just like everyone else, cheering on the scientists and dreaming of other worlds.