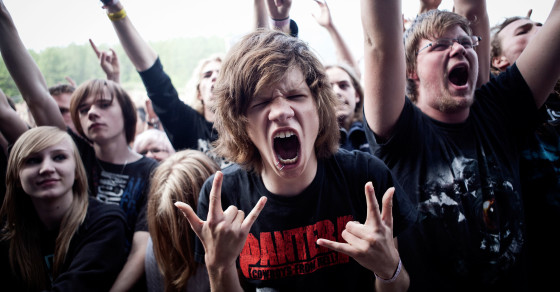 Your Playlist Can Predict Your Personality
By Joshua A. Krisch

Your Playlist Can Predict Your Personality

Your playlist says a lot about your personality, according to a new study published in PLoS. “This line of research highlights how music is a mirror of the self,” said Dr Jason Rentfrow, coauthor on the study, in a prepared statement. “Music is an expression of who we are emotionally, socially, and cognitively.”

Researchers polled 4,000 participants using the myPersonality Facebook app, and sorted them into broad groups of “empathizers” (people who respond strongly to emotions) and “systemizers” (people who respond strongly to rules and patterns). When people had selected their grouping, they were hit with a surprising follow-up question—what’s your favorite song?

The study is being hailed a victory for interdisciplinary science, as well as a potential avenue for future research into medical conditions characterized by lack of empathy or over-systemizing. “It took a talented PhD student and musician to even think to pose this question,” Professor Simon Baron-Cohen, coauthor on the study and famous cousin of Borat, said in a prepared statement. “The research may help us understand those at the extremes, such as people with autism, who are strong systemizers.”