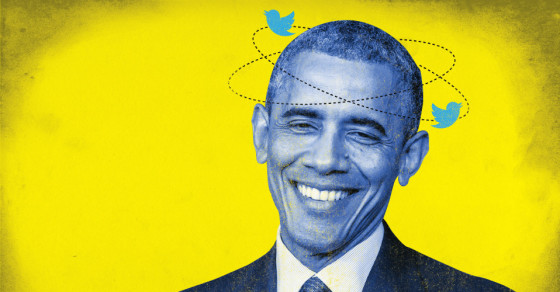 During President Obama’s final appearance on The Daily Show Tuesday night, hundreds of Ethiopians and Ethiopian-Americans launched a Twitter storm in a fervent effort to get the president’s attention.

Using the hashtag #EthiopiansMessageToObama, they listed the slew of human rights abuses Ethiopians face and called on the president to address the injustices during his upcoming visit to the East African country.

Obama will be the first sitting president to visit Ethiopia, which he will stop in after heading to Kenya this week. The planned trip, however, has agitated human rights activists who question Washington’s commitment to supporting rights and rule of law in Africa.

Earlier this month, Ethiopian-Americans protested outside the White House with signs that read: “President Obama don’t bankroll dictatorship and injustice” and “No to wining and dining with a tyrant.”

Twitter users leveraged the president’s Daily Show appearance on Tuesday to highlight the injustices. Around 2,000 tweets posted #ethiopiansmessagetoobama before, during and after the broadcast to draw attention to Ethiopia’s crackdown on dissent.

#EthiopiansMessageToObama Welcome to Ethiopia. But, just so you know, the rule is we are all guilty until proven innocent in #Ethiopia