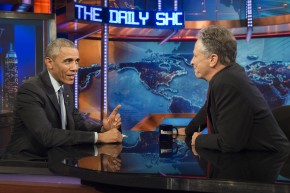 Obama is the first sitting president to be a late-night TV guest, and his visit to The Daily Show with Jon Stewart on Tuesday will be his 15th late-night appearance since he took office 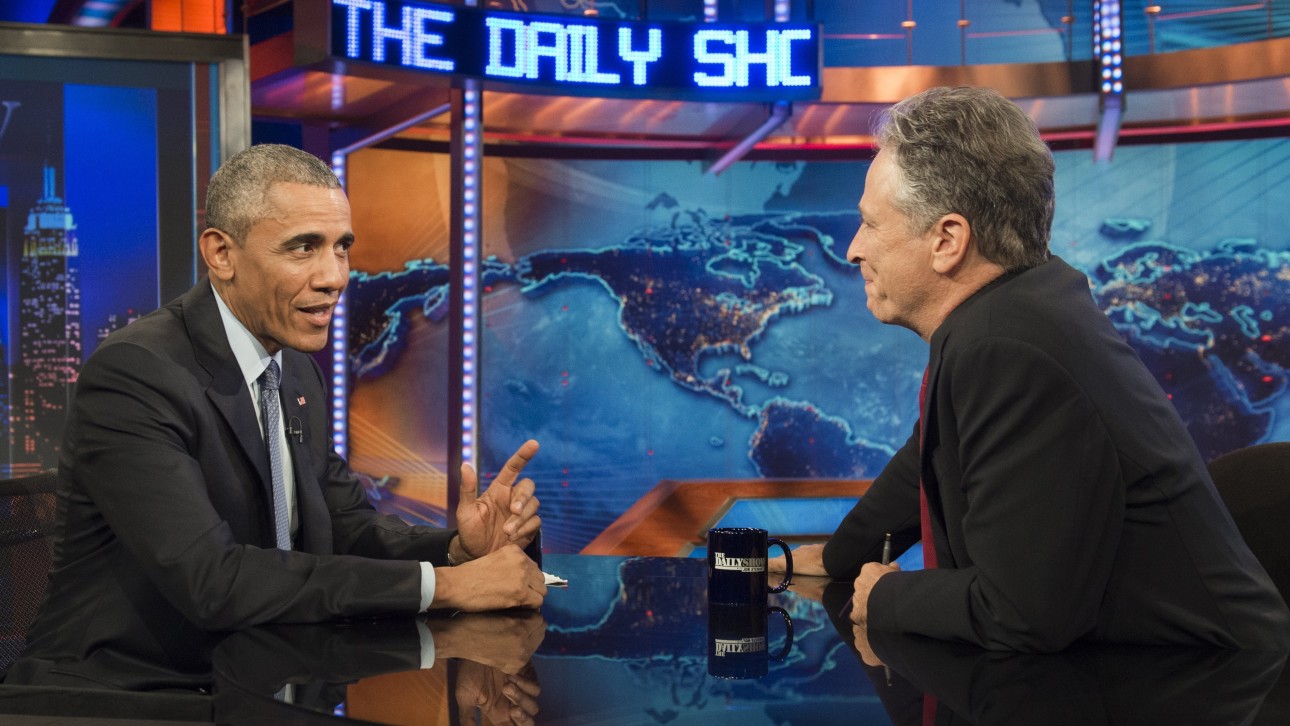 President Obama was set to make his final appearance on The Daily Show with Jon Stewart Tuesday night, ending his professional relationship with a host who has helped him connect with a young audience going all back to his days as a senator.

But it’s not just Jon Stewart. Since he became president, Obama has been something of a fixture on the late-night circuit. He’s hit all the top shows–many of them more than once–and helped shed some of the formality of the Oval Office in the process.

Shortly after his swearing-in, in March 2009, the newly minted president turned up on The Tonight Show With Jay Leno, becoming the first sitting U.S. president to appear on any late-night talk show. It was one of the most popular episodes of The Tonight Show ever, but he received a fair amount of blowback. Many critics said it disgraced the presidency. A few months later, Obama made a guest appearance on Stewart’s show for the first time. Over the next six years, he sat for interviews with Letterman, Colbert, Fallon and Kimmel.

Presidents before Obama had only used the late-night setting for campaigning purposes. John F. Kennedy was the first presidential candidate to appear on a late night talk show—he was interviewed by Jack Paar on The Tonight Show in 1960. Ronald Reagan appeared on The Tonight Show with Johnny Carson a few months before announcing his candidacy. As candidates, Bill Clinton played a sax rendition of “Heartbreak Hotel” on The Arsenio Hall Show and George W. Bush delivered a Top 10 list on the Late Show with David Letterman. 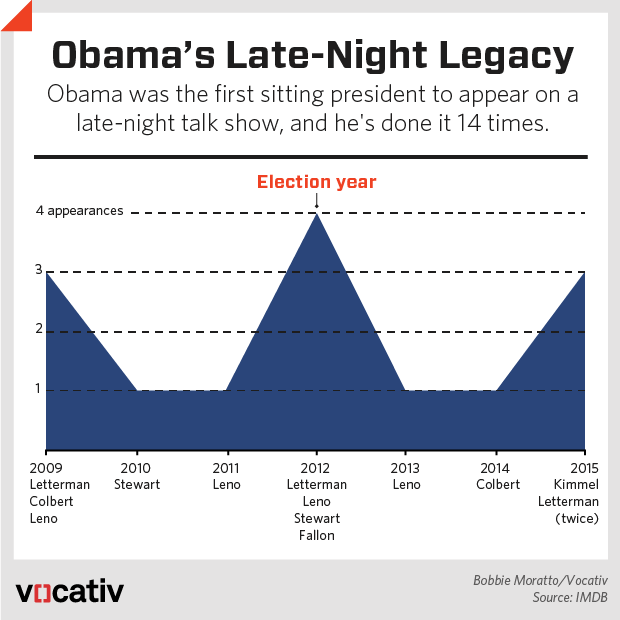 But they all avoided the informality of the comedic sit-down evening interview once they were in the Oval Office. Tuesday’s appearance will be Obama’s 15th on late night since he became the leader of the free world.

Here’s a look at some of his best late-night moments.

Appearances: 4 as president, 5 as senator

Appearances: 1 as president, 1 as senator

Appearances: 2 as president, 1 as senator

The Tonight Show with Jay Leno

Appearances: 4 as president, 2 as senator

The Daily Show with Jon Stewart

Appearances: 2 as president, 4 as senator