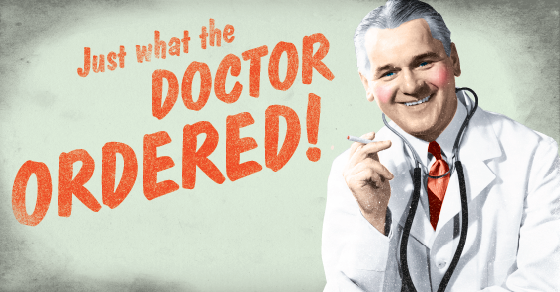 These Doctors Were Paid To Testify That Smoking Doesn’t Cause Cancer
By Joshua A. Krisch 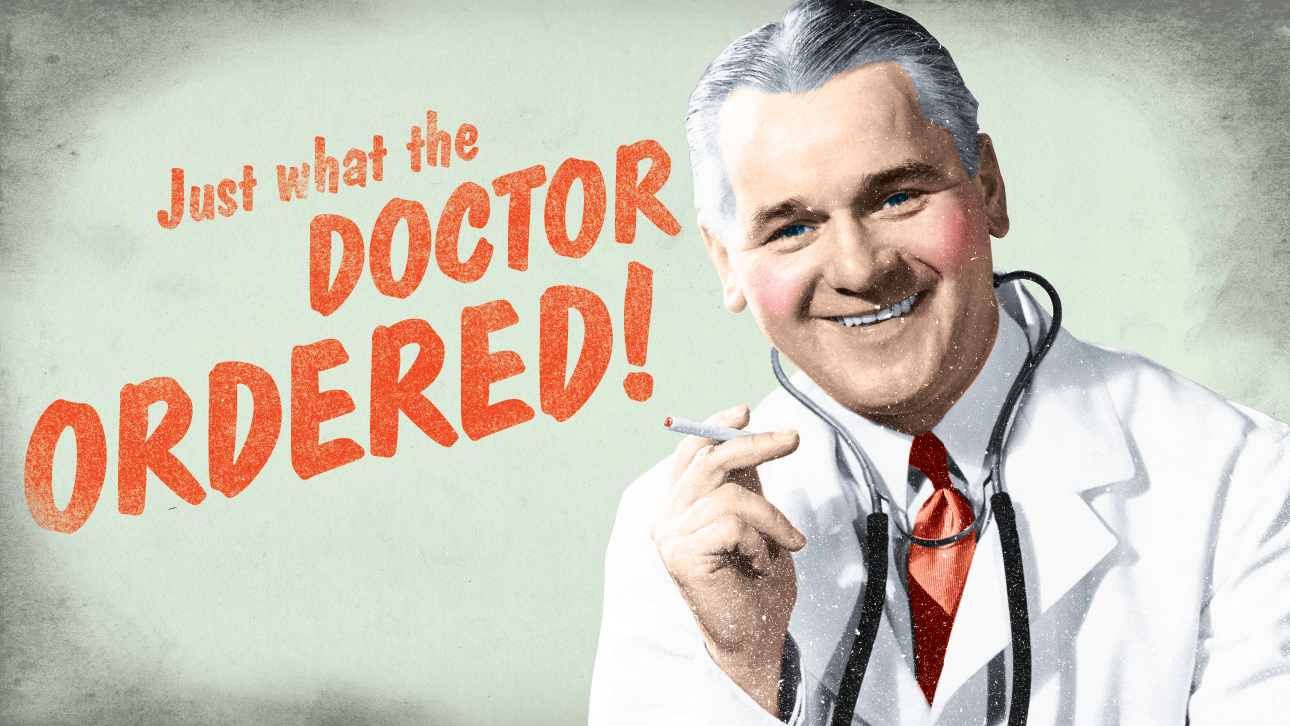 Cigarettes cause head and neck cancers. That’s a scientific consensus based on hundreds of studies, and it happens to be the official position of the American Academy of Otolaryngology-Head and Neck Surgery, which represents 12,000 head and neck surgeons in the United States.

A minority of physicians disagree, and at least six of them will say so under oath—and accept money for doing so.

A new study out of Stanford University singles out six physicians routinely testified on behalf of the tobacco industry between 2009 and 2014, helping tobacco lawyers make the case that smoking was not a major cause of specific cases of head and neck cancer. The doctors, five of whom are still practicing medicine privately, were called upon to testify in a small fraction of some 8,000 cases against big tobacco spawned by one watershed case in Florida.

All of the doctors listed had testified as expert witnesses called by tobacco-producing plaintiffs in at least three cases,with one doctor testifying in more than 20 cases. There’s a retired Stanford University professor who accepted $100,000 in fees and expenses to testify that marijuana, asbestos and diesel fuel (but not tobacco) were likely to have caused one lifelong smoker’s cancer. And then there’s a doctor in private practice who never once admitted on the stand that laryngeal cancer can be caused by cigarettes. One physician confessed she had allowed the tobacco company’s lawyers to write a medical opinion under her name, which she later approved.

In their testimony, the doctors offered alternate theories as to why the defendants developed cancer. Perhaps it was HPV. Or salted fish. Urban living. Mouthwash.

The Stanford study does not call out the six physicians by name, but the case files referenced in the paper are all matters of public record. A Vocativ investigation reveals the six ear, nose and throat doctors mentioned in the study who testified regularly for Big Tobacco. Below we list the doctors, with select excerpts from their testimony in recent tobacco cases.

Q: By the time you get back to California, you will have earned for expressing opinions in this case something approaching 95, $100,000?

Q: You never saw Mary Cooper, never spoke to her, never treated her, had nothing to do with her ever in your life, isn’t that true?

Q: The only reason you’re involved in this case or know anything abut it is because folks from Mr. Davis’s office called you up a year or two ago to see if you would serve as an expert witness in this case; isn’t that true?

Q: Now, you have always said, in every case that you’ve reviewed for R.J. Reynolds Tobacco Company, that there was—you’ve always come to the conclusion that there was no probability that cigarette smoking was the cause of any individual’s disease, correct?

Q: Have you ever given an opinion to R.J. Reynolds or its lawyers in any case that you felt cigarette smoking was causally related to the disease?

Q: Well, my central point was that you’ve never given an opinion that smoking was the cause of a disease in any of the cases that you’ve been asked to review?

Bertino: Not that I recall.

Q: Well, had you ever testified to the causation of cancer before the Blitch case?

Q: Have you ever written any literature about the causation of cancer?

Q: Have you ever been involved with any publications that have – let me rephrase the question. Have you published any articles yourself regarding the causation of cancer?

Q: Now, the second opinion that you have is that Mrs. Reese — “Ms. Reese was treated with radiation therapy. The medical records do not indicate that Ms. Reese has experienced problems related to her cancer diagnosis following the completion of her radiation therapy”; is that correct?

Dr. Trina Espinola: That is what I stated.

Q: And do you want to make any modification, additions or deletions of that statement?

Espinola: That statement was constructed for me based on my opinion that she had no recurrence of her tumor.

Q: But I notice that you didn’t make that distinction in your disclosure. Is there a reason for that?

Espinola: This disclosure was created for me by Morgan Persinger, and I should have been probably more specific when we discussed this item.

Q: The next substance of fact and opinion is No. 5, “The medical evidence in this case indicates that Ms. Reese was exposed to multiple risk factors in addition to her smoking history. In addition to smoking, the available medical records reveal a significant history of reflux and a history of alcohol use.” Did you prepare that, Doctor?

Espinola: That was prepared for me by Morgan Persinger upon discussion of my findings in the case.

Q: Have you reviewed any of the depositions taken in this case of John Szymanski?

Q: Have you reviewed any of Mr. Szymanski’s medical records?

Q: Have you written any reports for this case?

Q: Have you made any notes for this case?

Q: Did you have to talk to any of your colleagues in order to form your opinions in this case?

Q: But you reviewed all the medical records and you know that Mr. Hess was a 40-year smoker, right?

Q: Okay. And your opinions in this case, I heard you talk to Mr. Reilly about quitting smoking, but your opinion in this case really is that Mr. Hess must have either cut down smoking or quit, correct?

Jones: I would say probably came close to quitting or quit.

Q: But when you told me under oath — do you remember, I took a deposition, only lasted 36 minutes, I think it was in October of 2008, you told me you couldn’t say whether he quit or just cut down to less than a pack, right?

Jones: Or less than that, yeah.

Q: Okay. Less than a pack. So somewhere between zero cigarettes and a pack of cigarettes, right?