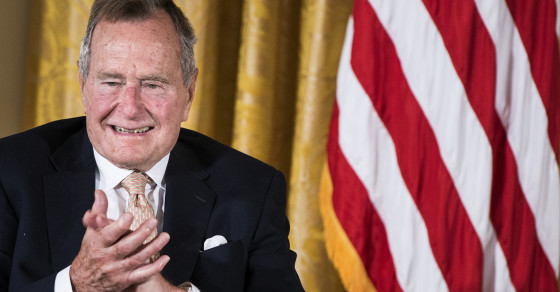 George H.W. Bush, the 41st president of the United States, broke a bone in his neck on Wednesday. Bush appears to be in a stable condition, according to a spokesman, but the former president will likely be wearing a neck brace for some time.

Although Bush’s specific diagnosis has not been released, an official statement confirmed that the former president was diagnosed with a C-2 fracture. The C-2 bone is part of the cervical spine, a crucial clumping of vertebrae that run from the base of your skull down to your shoulders, to protect the spinal cord (and virtually your entire nervous system). It’s important.

Most spinal fractures occur in the lower backbone, near your chest or lower back, but the rare cervical spine fracture can be crippling, especially if the injury occurs near the top of the C-1 bone, where the brain meets the spinal cord. Fortunately, Bush senior chipped his C-2 bone—that’s still bad, but considerably less likely to cause permanent damage. It would have been a lot worse if the fracture had occurred one bone higher.

Figuring out what sort of C-2 fracture Bush is dealing with right now is where the detective work begins. We cannot possibly know for certain, but since the fracture was the result of a fall, we can narrow down the diagnosis to two relatively common C-2 fractures that typically result from falls among the elderly (Bush senior just turned 91).

The first, Odontoid fractures, account for about 15 percent of all cervical spine injuries, so that’s a pretty safe bet. These fractures involve a break along the top of the C-2 bone (which is conveniently called the Odontoid Process) and the vast majority are caused by falls or motor vehicle accidents. Fortunately, the prognosis is pretty good—most of these fractures heal on their own after 6-8 weeks in a neck brace. Occasionally, surgery is also necessary. Here’s what odontoid fractures look like: 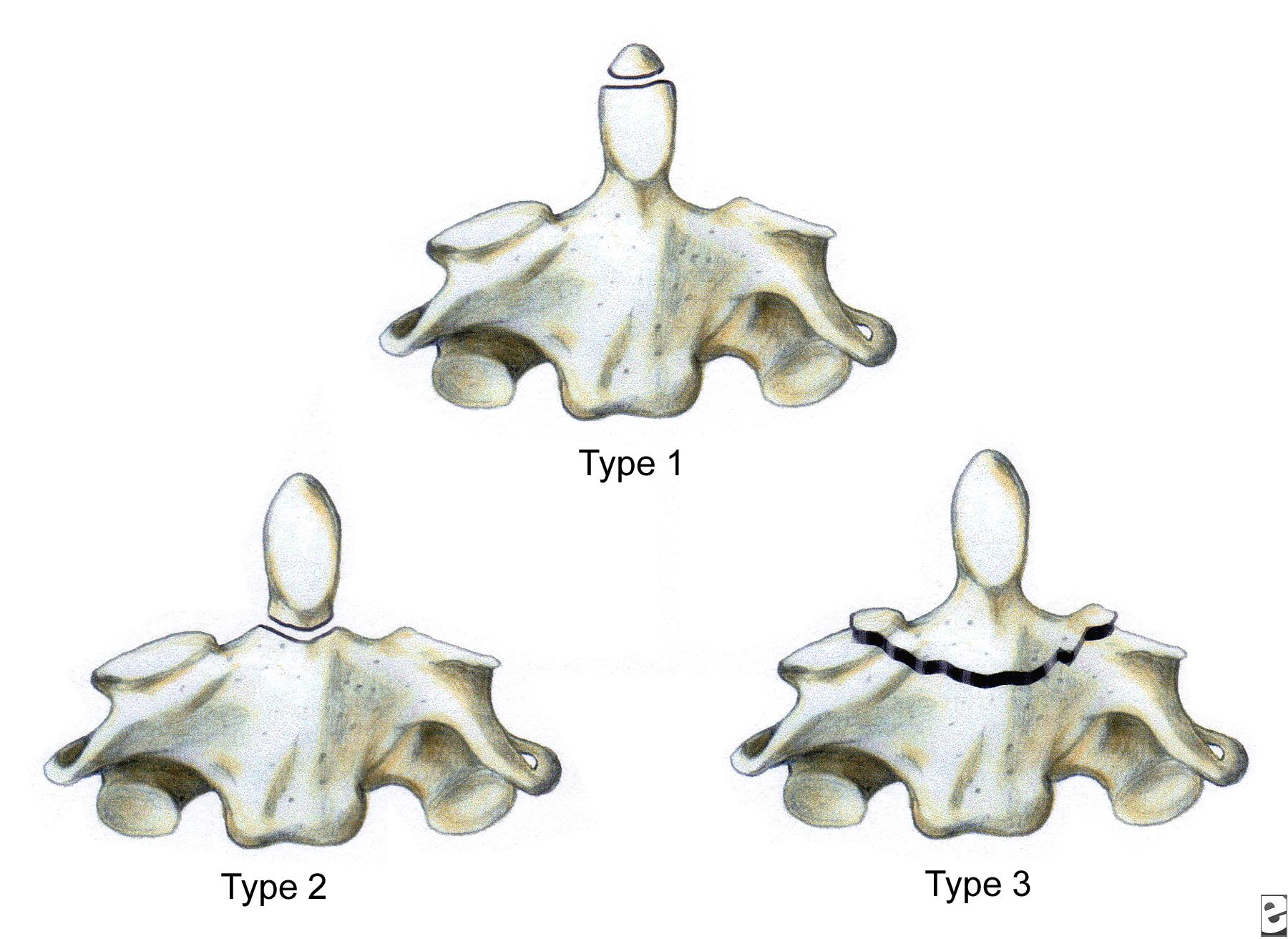 Another possibility is that Bush suffered from a Hangman’s fracture, a less common injury that received its colorful name from gallows-induced neck trauma (although, incidentally, this fracture virtually never occurs in judicial or suicidal hangings). These fractures are usually due to motor vehicle accidents and other high-speed impacts, but occasionally happens when an elderly person simply falls in a strange way. The prognosis is also pretty good for Hangman’s, and similarly involves a neck collar and then surgery, depending on the severity. Here’s what Hangman’s fractures look like: 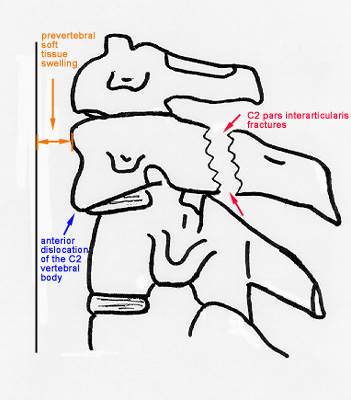 Either way, it looks like the elderly George H.W. Bush will be just fine. In 6-8 weeks, this science-writer-turned-sleuth is predicting he’ll be back to parachuting out of airplanes and tweeting his fatherly pride at Jeb. Get well soon, you sentimental, skydiving former president—whatever your precise class of spinal injury may be.