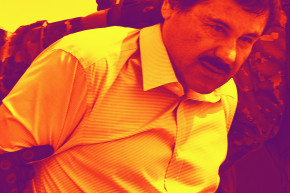 El Chapo Jr.’s Facebook Is A Window Into The Drug Cartel World
By Jennings Brown

El Chapo Jr.’s Facebook Is A Window Into The Drug Cartel World

UPDATE: Ivan Guzmán, the son of the infamous drug kingpin Joaquín “El Chapo” Guzmán, vowed to continue the family business after his father was arrested.

A Facebook account that appears to be linked to El Chapo’s 32-year-old son, Ivan Guzmán, has been posting photos of a real-life Breaking Bad existence south of the border. The account is a stream of photos of guns, bling and military might. Shortly after Mexican drug lord Joaquín “El Chapo” Guzmán escaped from prison, the Facebook account seemingly created by his son shared a defiant message:

Ivan Archiivaldo Guzmán is El Chapo’s eldest son, and was arrested in Mexico in 2005 but subsequently released due to lack of evidence. The page bearing his name could not be independently verified, and while fans do make fan pages for members of Mexican drug cartels, the content on this page is consistent with cartel activity in several places. Several photos which appear on a Twitter account known to be associated with Ivan also appear on this Facebook account. Additionally, the Facebook account of another of El Chapo’s son’s, Jesus AlfredoGuzmán Hernandez, also posted a celebratory message after the escape taunting Mexican president Peña Nieto, and tagged Ivan’s profile, saying “drinking vodka with Ivan ArchiivaldoGuzmán,” as shown in the screengrab below. 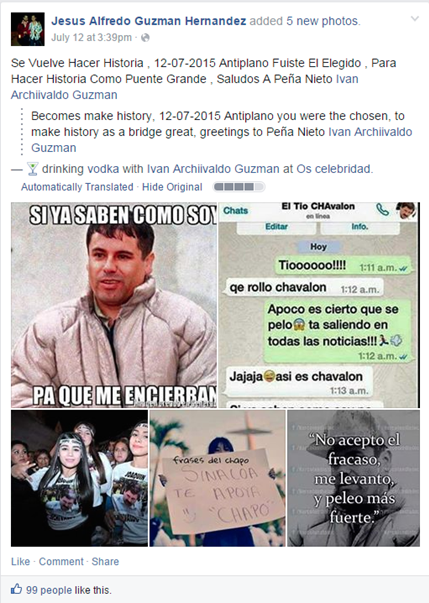 Digging deeper into Ivan’s Facebook account give a glimpse into the world of Mexican cartel royalty—a life of luxury, wild animals, unlimited resources and a surprising amount of freedom. Within the photos, a few themes stand out. 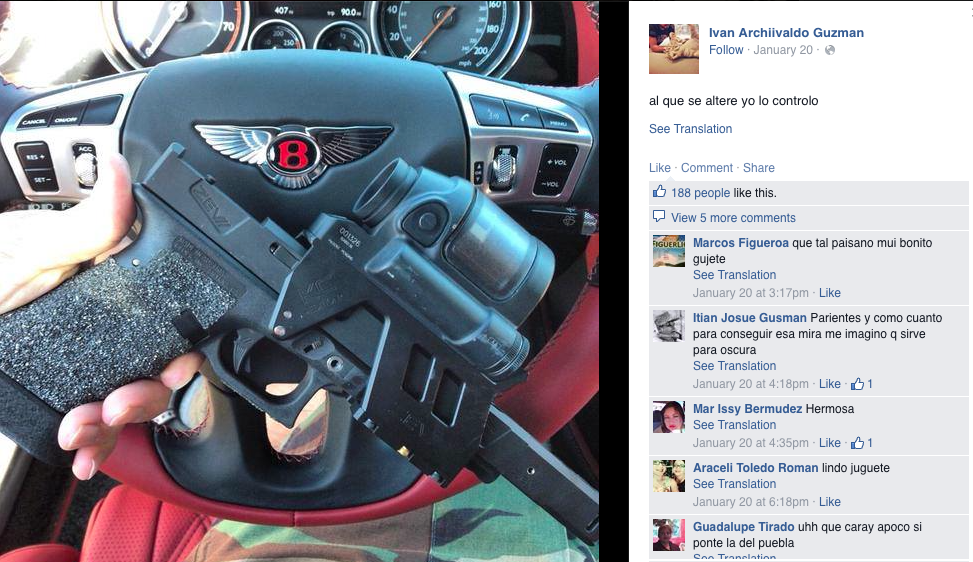 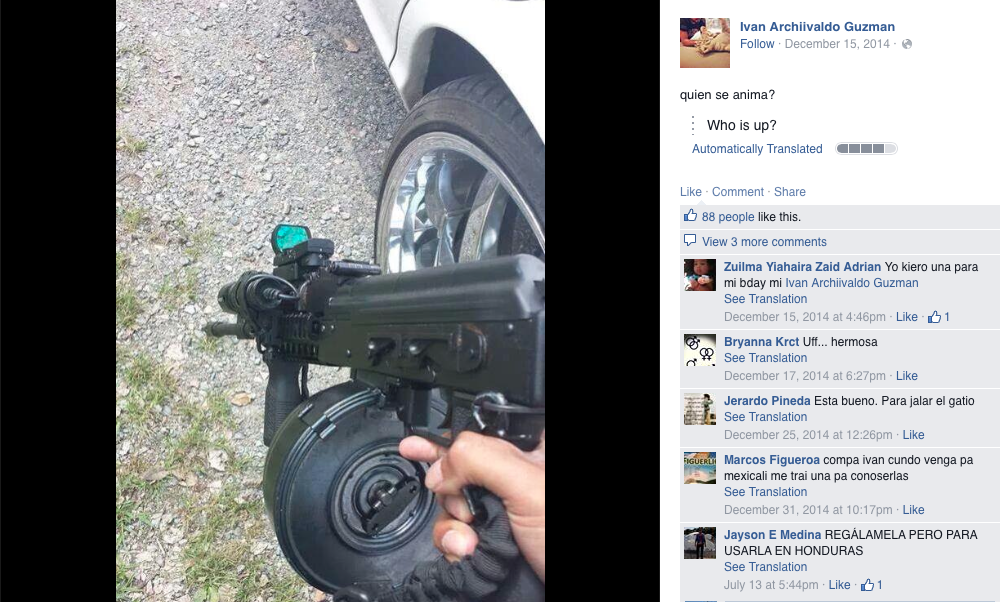 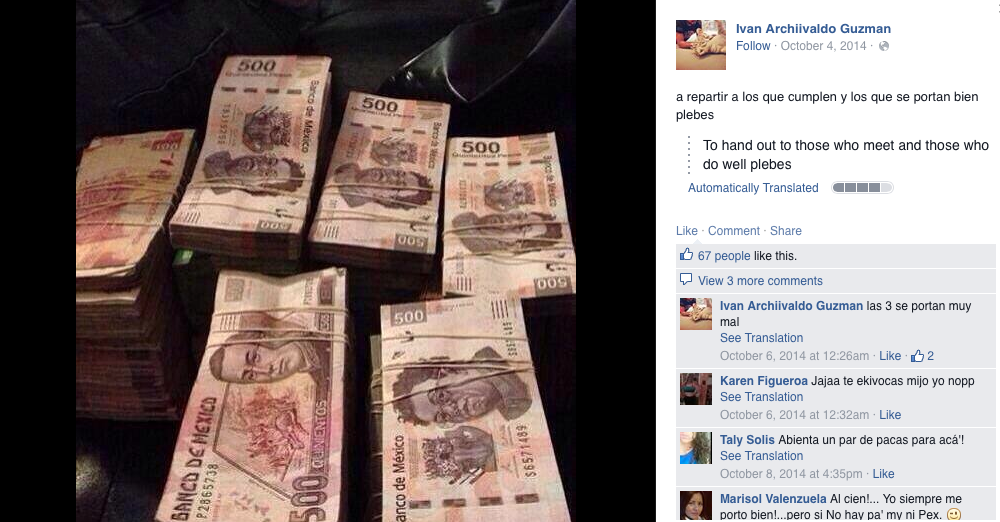 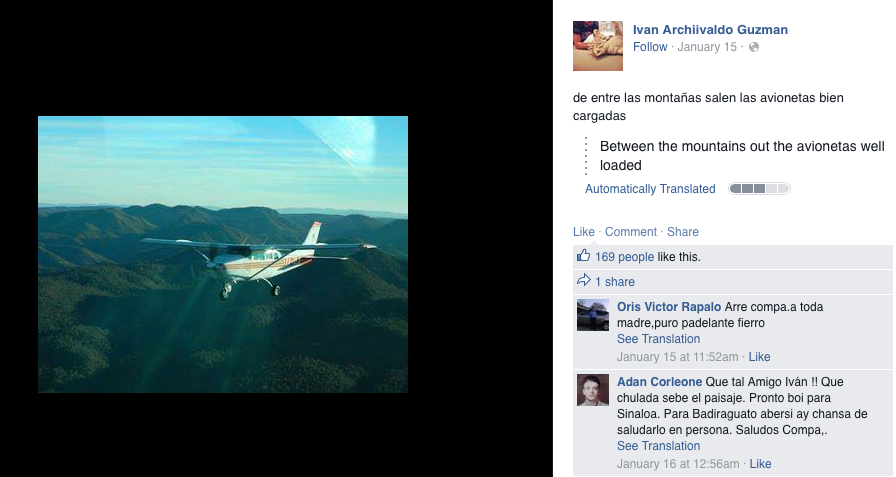 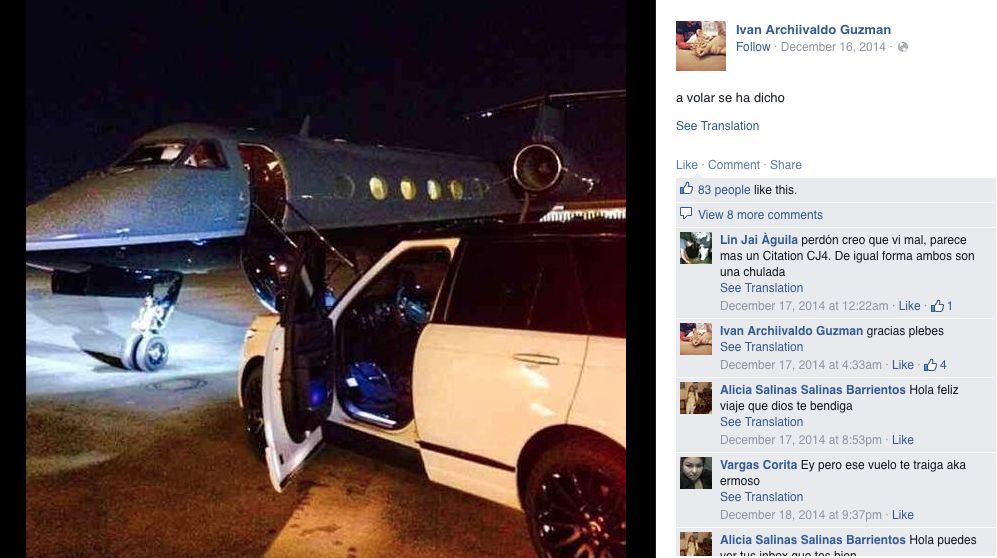 And, of course, jungle cats. 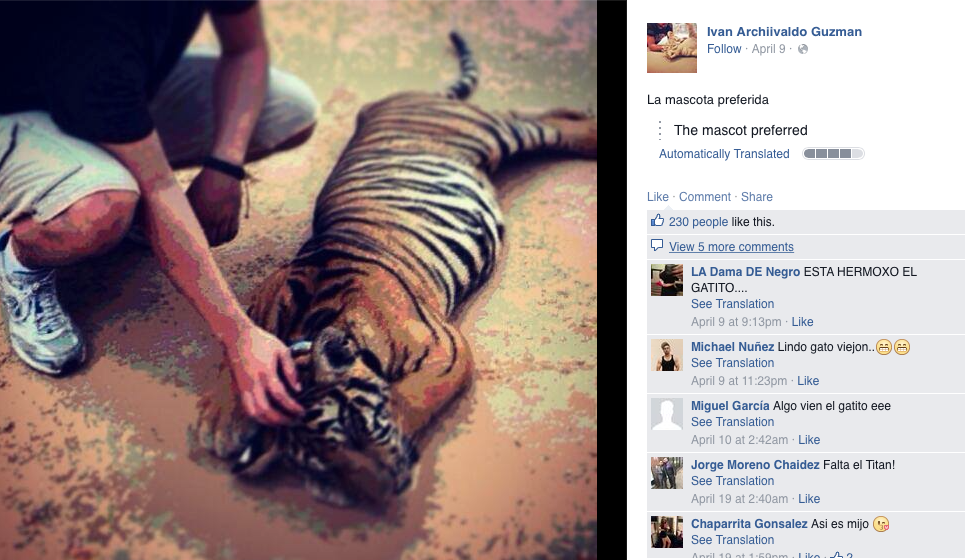 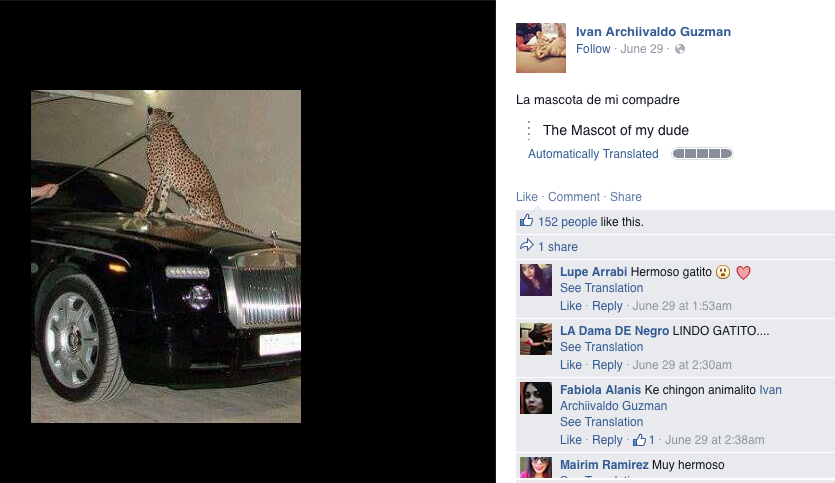 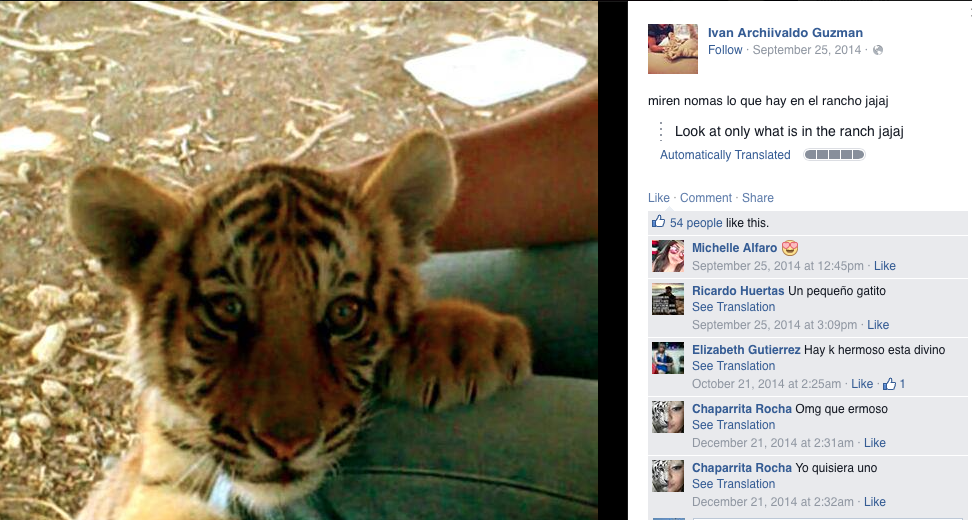