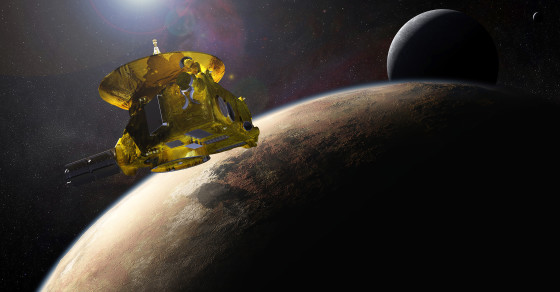 New Horizons is about to lift the veil from the dwarf planet at the edge of our solar system. NASA’s $700 million spacecraft is expected to check back in with Earth on Wednesday afternoon after it spent Tuesday morning snapping images of Pluto as it passed within just 7,800 miles of its surface.

The spacecraft was launched in January 2006 and has taken over nine years to reach the former planet. In the video below, Vocativ tells you where New Horizons was as major events took place here on Earth over the past decade—from Saddam Hussein’s death sentence in 2006 to the US Supreme Court’s ruling in favor of same-sex marriage last month.