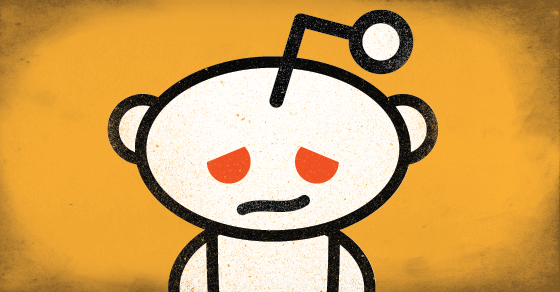 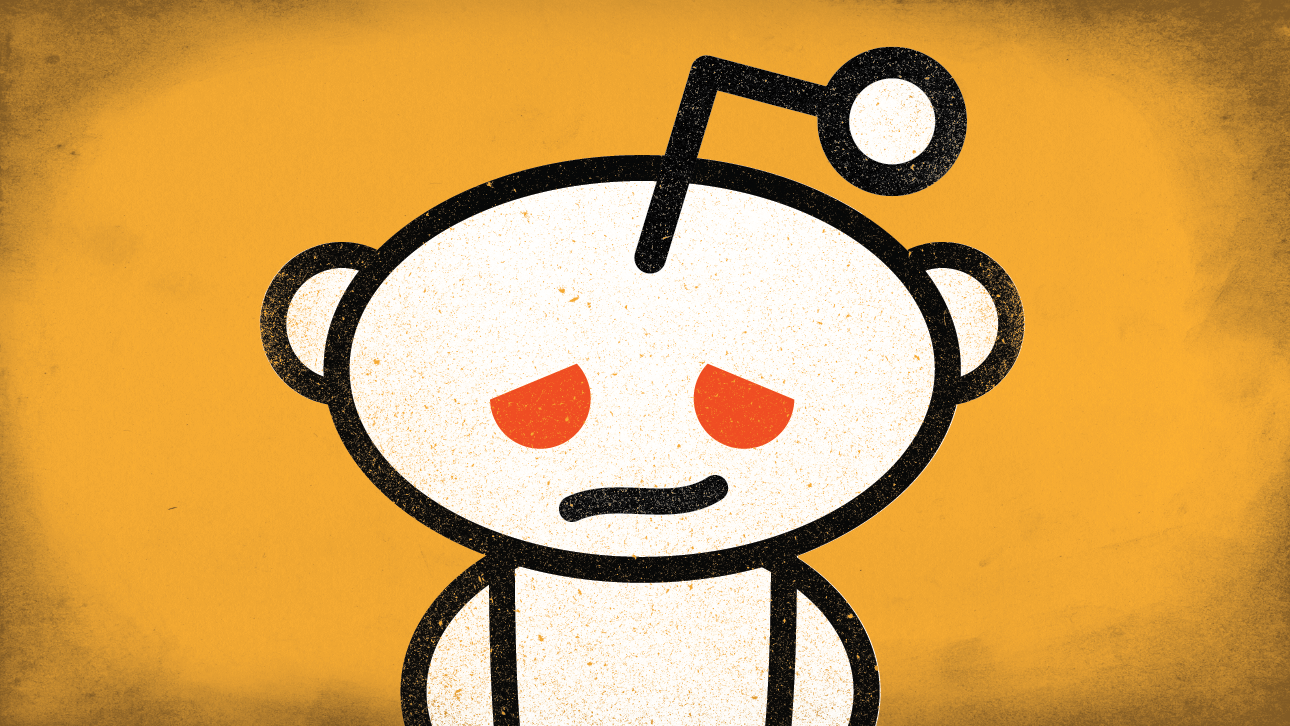 Earlier this week, a Redditor named user/tor_throw_away_1 took to Reddit to matter-of-factly talk about searching online for X-rated images of kids. “I’m a pedophile that seeks out cp on tor,” wrote the poster, using the shorthand for child pornography and referring to Tor, a software program that allows for anonymous Internet browsing. “For those of you who hate pedos, you’ll be happy to know new content has been extremely rare, as everyone is relying on webcams for 99% of new material,” he or she wrote, unreassuringly. “[W]e’re lucky if there’s 1 series released a year.”

In response to the post, another self-described pedophile chimed in: “Also a pedo on tor, can confirm this is completely accurate.”

These are just the very latest instances of Redditors anonymously claiming to have committed sex crimes. Last week, someone took to a thread titled, “What is the creepiest thing you have ever done?” to share the story of the time he kissed, bit and sucked on the toes of his passed-out-drunk female friend. (It didn’t take long for other users to helpfully chime in: “That’s sexual assault.”) These sex crime confessions—some of which are designed to unburden the teller, but often enough seem tailored for shock value—happen with surprising frequency, both in groups specifically made for secret-sharing and in the Reddit community at large. There have been entire threads devoted to first-hand accounts from sexual assailants. These admissions include claims of child pornography, molestation, statutory rape, sexual assault and even bestiality.

These phenomena appear to be untouched by a proposed policy announced this week to ban, among other things, illegal activity and “sexually suggestive content featuring minors” on the site. Co-founder and newly-minted CEO Steve Huffman’s post on the topic made clear that the suggested guidelines would not apply to discussions of illegal activity or child pornography, but instead target “things that are actually illegal, such as copyrighted material.”

Of course, it isn’t just sex crimes that are disclosed on Reddit. People have used the site to admit to all sorts of illegal behavior—from vandalism to drug use to petty theft. Redditors have even alleged responsibility for murder: In 2013, a man used the Confession Bear meme to write, “My sister had an abusive meth addict boyfriend. I killed him with his own drugs while he was unconscious and they ruled it as an overdose.” (That got the user reported to the FBI, but nothing came of it.)

Sex crimes stand out when it comes to Redditors’ revelations about acts involving bodily trespass or harm to others. That’s in no small part because confession of these crimes—most often committed against girls and women—are taking place on a site notoriously unfriendly to females. Reddit has played host to everything from the infamous men’s rights community The Red Pill to the recent hate-fueled campaign to ouster the company’s now-former CEO Ellen Pao. And we’re not forgetting “The Fappening,” a celebrity nude photo hack of 2014, which has itself been called a sex crime. Sex crime admissions are a manifestation of the worst fears about the misogyny on Reddit: actual, real-world violence against women—or the appearance of it, at least.

“I am losing my will to live. I’ve cried a lot over this. I am a different person today and I will never, ever do anything like that again but I still can’t seem to move on.” – user/thrrow1

It’s difficult to pick out the genuine claims. The Internet is awash with trolls whose sole aim is to rile people up. When it comes to Reddit sex crime confessions, some seem to take joy in horrifying their readers and brag about committing assault, and some unconvincingly portray scenarios of rape in which their victim “wanted it.” What’s interesting, though, is that the vast majority of sex crime allegations on Reddit actually express remorse.

In a post titled, “I violated a girl while she was asleep.,” user/obsessive_guilt writes, “I want to start off by saying that I feel an enormous amount of guilt, and one of my greatest fears is that my actions have significantly impacted her life in a negative way.” Another poster leads into a story of how he groped his brother’s sleeping girlfriend by writing, “I feel ashamed, disgusted with myself and just awful about this.” After a 23-year-old man describes molesting his 7-year-old cousin when he was 13, he writes, “I am losing my will to live. I’ve cried a lot over this … . I am a different person today and I will never, ever do anything like that again but I still can’t seem to move on.” The thread is titled “I did terrible sexual things as a teen and hate myself for it,” and tagged with “Remorse.”

Posts in r/confession can be tagged 'Remorse' or 'No Regrets'

Andrea Haugen, a graduate student at Texas A&M University, has conducted research on both the psychology of anonymous online confessions and perceptions of sexual assault. She’s not surprised that these men would express remorse in this setting. They might be motivated by genuine regret, but Haugen says they could also be “looking for vicarious acceptance from this community.” Even in the cases of bad behavior, a highly-trafficked site like Reddit can offer posters a certain caché. “Their secrets are not going into the void, but rather onto a space that people enjoy,” she says. “Along the same lines, this ‘crowdsourcing’ of confession usually reveals that there are plenty of other people who have the same kinds of secrets that we do, who carry the same burdens, who deal with the same things.”

This is one of the Internet’s most positive traits: Its ability to bring people together and make them feel less alone. But do we really want a place for rapists to feel a sense of community?

Many posters attempt to rationalize, although not entirely excuse, what they’ve done. For example, user/accidentlyraped writes about forcing himself on a crush. “Before I even know what I’m doing, I flip her skirt up, slide her panties over, and I thrust myself deep inside her,” he writes. “I start pounding away furiously and I don’t even realize her going limp in my arms. I don’t notice her eyes widening in terror.” By way of explaining his actions, he says, “I felt my heart overrun by love, lust, and desire,” he says. “I seriously think my brain completely shut down.” After fellow users took him to task for describing the assault as accidental, he said he had learned from their criticism. “I honestly do know what a piece of shit i am, and I understand that I can’t ‘accidentally’ rape someone,” he said. “I am a rapist I know this now.”

This attitude of an assault being “accidental” is not unusual on Reddit. In 2013, when researchers at Georgia State University looked at 78 first-hand accounts on Reddit of sexual assault, they found that most of “the authors claimed that they did not intend to harm the victim, perceived that they had the ‘green light’, failed to reevaluate the situation until an extreme reaction occurred, mentioned alcohol consumption, and wished they had not committed sexual assault.” It’s crucial to note that these stories are representative of those who volunteer their stories on Reddit, not of sexual assailants as a whole. In fact, researchers have found that rapists—particularly those that are not behind bars—often plan their assaults.

The willingness to share these horrific stories, even anonymously, might seem surprising—but it’s consistent with what experts have seen in surveys about sexual assault. “Given the safe opportunity, many perpetrators are willing to talk about their experiences,” says Haugen. “When we anonymously collect information from our college student participants, we and other researchers tend to find that giving them more room to talk about, unpack, and define sexual assault leads to more revealing information.” It also leads to higher rates of disclosure—both by perpetrators and victims.

The responses vary. Some victims come forward to address confessors and their apologias, refusing to let them off the hook. Responding to one now-deleted post, user/moonbitten—who claims she suffered sexual assault—says to a confessor: “I pity you. I really do. I hope your wife doesn’t find out who you really are because it would break her heart to know the person she has been sharing her bed with is a predator, a sex offender, a rapist.” In contrast, confessions from people who suspect themselves of abuse or possible rape occasionally appear on forums like r/rapecounselling, where they are given advice and support as appropriate.

Despite this honesty, not much is currently being done about these crimes, largely because of the problems with verification. “The real issue is whether you can authenticate these statements, whether you can show the statement was written by person X, and person X actually did some sort of crime for which we actually have other evidence other than the statement,” says Hanni Fakhoury, a senior staff attorney at the Electronic Frontier Foundation. In a few cases, Redditors have contacted police to report sex crime claims, but that hasn’t resulted in any documented punishment. These online confessions could support an existing investigation that has hard evidence of wrongdoing, Fakhoury explains, “but in isolation, these statements are basically worthless.”

Fakhoury says there are “plusses and minuses” to this. “On the one hand, these are terrible crimes and we should solve them and people who want to do harm to others should be locked up,” he said. “On the other hand, it’s like, is the person serious?” He adds, “You probably don’t want people calling the police every time someone says something stupid on the Internet,” says Fakhoury. “There’s a lot of stupid stuff on the Internet.”