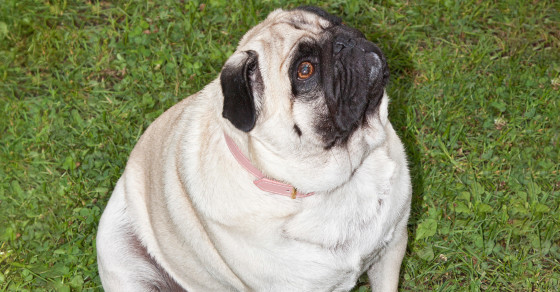 One in Four Dog Show Winners Are Actually Overweight
By Joshua A. Krisch

One in Four Dog Show Winners Are Actually Overweight

One in four dogs competing at Crufts, the world’s biggest dog show, are overweight according to a new study published in the journal Veterinary Record. Based on the findings, experts are now calling on dog show judges to change their criteria to promote more healthy canine body types.

For the study, researchers randomly reviewed nearly 1,000 online images of dogs that had placed within the top five winning spots at Crufts, the U.K.’s national dog show. The scientists then evaluated each photograph to determine whether the dogs depicted were overweight. They found that a startling 25 percent of winning dogs were too fat for their own good. Pugs, basset hounds, and Labrador retrievers were most likely to be overweight—in fact, the researchers found that roughly 80 percent of the winning pugs were clinically overweight.

Scientists have expressed concern that dog shows may be fostering unrealistic expectations for certain dog breeds. We all prefer our pugs pudgy and wrinkly, for instance, but overweight pugs are more likely to die young and more likely to develop cancer, acne, diabetes and arthritis. And yet a scrawny pug is simply less likely to win a dog show than an adorable, rotund (cancer-prone) pooch. The authors suggest that dog show judges update their criteria, as a way of encouraging dog owners to keep pugs from getting pudgy and Labradors from being…er…flabradors.

10 Things That Happen at Westminster Dog Show That Are Just Plain Wrong (PETA)
How to Help Your Overweight Dog Lose Weight (DogFoodAdvisor.com)